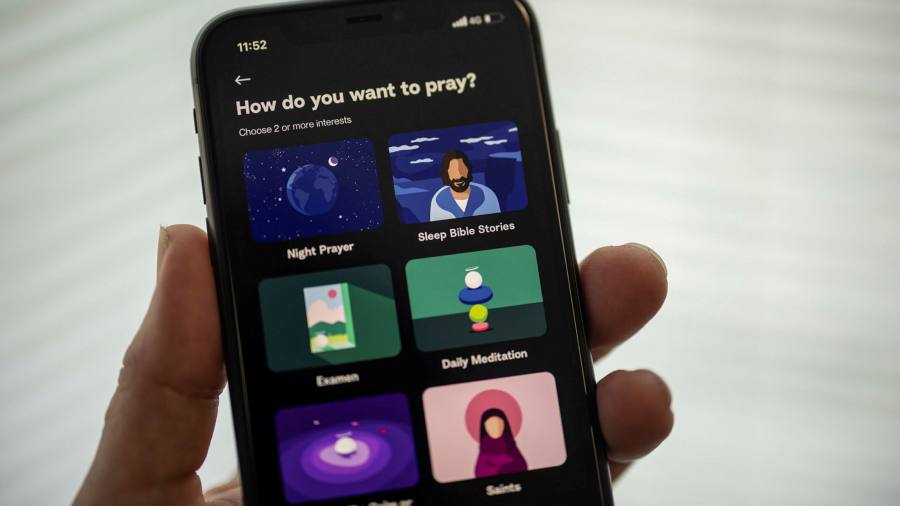 The author is a contributing columnist, based in Chicago

From telemedicine to telecommuting, from remote exercise to remote religion, the pandemic is making the inevitable happen – only sooner.

In many areas of life and work, lockdowns have accelerated the pace of change. Proponents of connected fitness believe that people will sweat more at home if they don’t have to pay to sweat in a gym. Proponents of virtual worship believe Americans will pray more if they can watch church services while lounging in bed in their pajamas.

It may be too early to declare that human nature is fundamentally altered by the virus. American organized religion has been in decline for decades: according to 2021 Gallup polls, 69% of Americans identified as Christian, 2% Jewish and 1% Muslim. But only 29% said they had attended a place of worship virtually or in person in the past seven days, down from 49% in 1958.

Yet some connected industries have clearly seen dramatic change during the pandemic, including virtual religion. Last Christmas, 13% of American churches were in person only. Half went hybrid (both physical and live) while another third recorded services for later viewing or were entirely online, according to Barna Group, a research firm that studies American faith.

The home prayer movement has helped fuel a substantial increase in the popularity of faith-based apps, according to religious researchers. Christian Pray.com and Hallow.com, Muslim Pro and Jewish PrayWay are among those hoping to encourage people to pray more. Some help users create virtual communities. Think Peloton, for prayer: technological tools that help people do things together that some would rather not do alone.

Kat Banakis, rector of St Luke’s Episcopal Church in the suburb where I live, says combined in-person and online attendance of the main weekly service increased by 15% between fall 2019 and fall 2021 and that donations increased by 20% last year. She welcomes the “silver linings” of an otherwise horrific pandemic: American Christians “are now being nourished spiritually from a multitude of different sources. They can use a meditation app, then attend the morning service broadcast live from Canterbury Cathedral, then go in person to a local Sunday service. Church is not monogamy,” she says.

Heidi Campbell, a digital religion expert at Texas A&M University, says there has been a “huge proliferation” of religiously-oriented religious apps since Covid – as well as those with a more general spiritual purpose. But without a “spirituality” category on the App Store, it’s hard to estimate how many are using them. “Now is the time for religious entrepreneurs.”

Gail Jurczyk, a computer expert at Ford Motor, is a follower of the Catholic prayer and meditation app Hallow.com. She goes to communion and confession in person and attends a daily Rosary session before work with Ford colleagues online, but credits Hallow for helping her “carve out some chapel space around me” in the hard times.

Alex Jones, CEO and co-founder of Hallow.com, says the pandemic has given his young company a big boost: “Our pitch was, use the time you’re stuck indoors as a [religious] retirement, rather than becoming a Netflix addict. Cumulative downloads of the Hallow app reached 2 mins, up from 500,000 at the same time last year. Completed sessions increased by 700% between 2019 and 2020, he says.

Will the rise of the prayer in pajamas movement reinvigorate organized religion? Canisha Judith, 24, a Hallow user in Bangalore, India, says digital prayer has given her “a more personal relationship with God,” and she now attends mass daily. And Scott Thumma, director of the Hartford Institute for Religion Research, says virtual viewing has helped US church attendance return to pre-pandemic levels despite a 20-40% drop in in-person attendance.

Jones hopes to reverse a long-term downward trend in American adults who pray: A December report from the Pew Research Center found that only 45% of American adults now pray daily, down from 58% in 2007 – and a third rarely or rarely. never done. For him, going digital makes it easier to say the daily rosary.