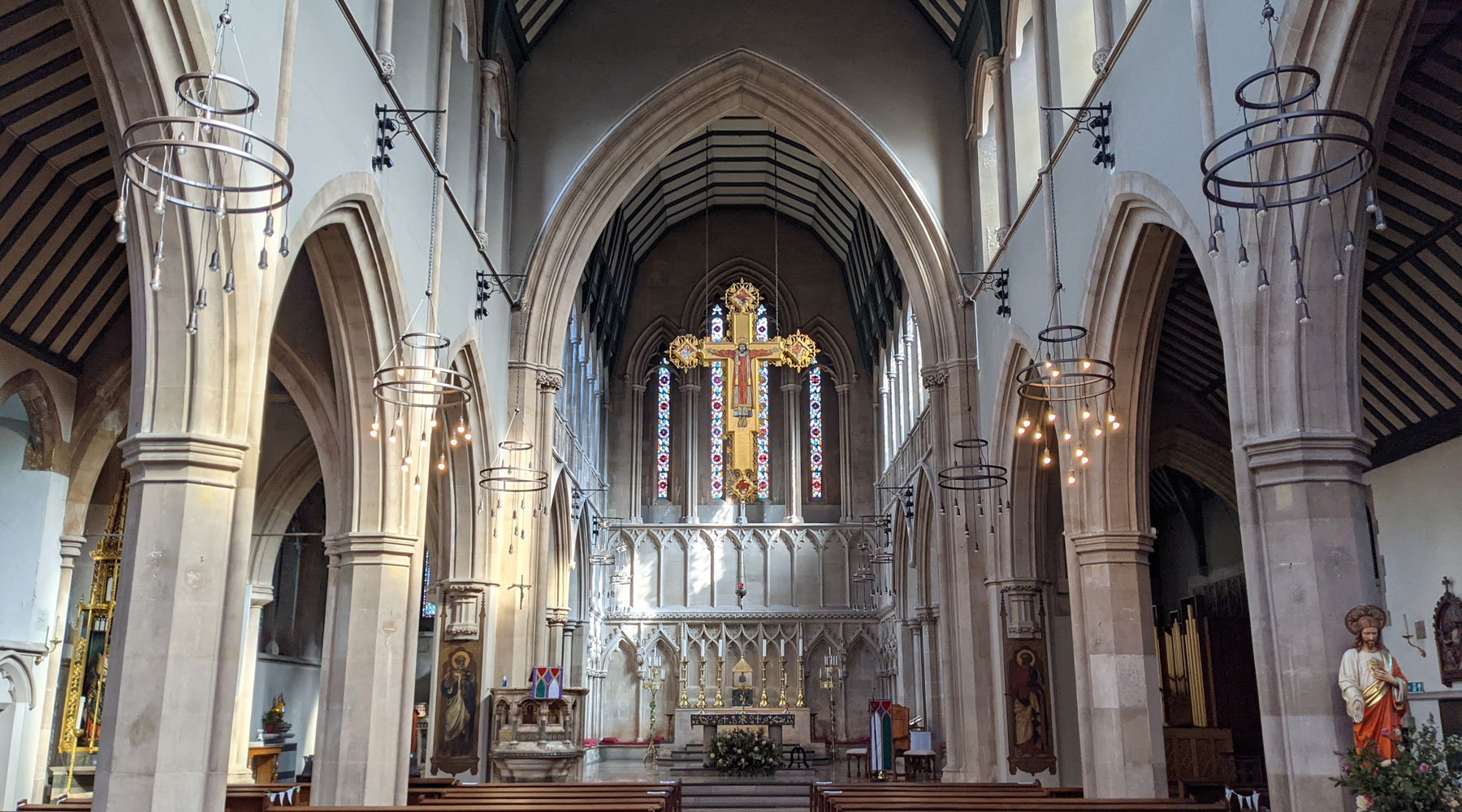 A few blocks from the chic shops of Chelsea is a large Catholic church that owes its origins to one of the first post-Reformation Catholic chapels in the country.

The chapel was not on the same site as the church, but a few streets away, roughly where Cadogan Gardens is now. It was built by Abbé Jean Voyaux de Franous, who fled the terror that swept France after the French Revolution and arrived in London in 1793. When he arrived he was put in charge of spiritual welfare Catholic members of Chelsea pensioners, as well as military barracks nearby.

The ability for a Catholic priest to serve in the British Army came after a decision by the Duke of York in 1811 to allow soldiers to attend church parades in their own denomination.

The chapel opened in 1812, but when the abbot died in 1840, parishioners considered land nearby for a much larger church and school, as the congregation had grown considerably over the years . It was Wellington’s cricket ground, and they have been there ever since, with the church on the corner and the school taking up most of the rest of the block.

The foundation stone for the current church was laid in 1877, and the church was dedicated and blessed by Cardinal Manning in May 1879. The new church was designed by John Francis Bentley, church architect and decorator, primarily for Roman Catholic customers. His main work was Westminster Cathedral.

Externally the church is rather gloomy in appearance, clearly a church, but with the relentless use of yellow brickwork and minimal decoration it looks rather forbidding. The entrance is at the back of the church through a modest wooden door.

Inside is a surprisingly simple Catholic church, looking more like an Anglican church that has been refurbished than a showy, purpose-built Catholic building. The banded ceiling is pleasant and the rood screen suspended from the altar dominates the end of the church. The high altar and the pulpit come from the old chapel and are therefore over 200 years old.

There is a sculpted monument to the abbot and memorial plaques include one to Madame Tussaud, founder of the famous wax museum.

The church also had a large graveyard at the back, but it is now the school’s playground.

Being a Catholic Church, the the doors are unlocked most days if you want to pay a visit.

The Catholic Church creates a college of health technology