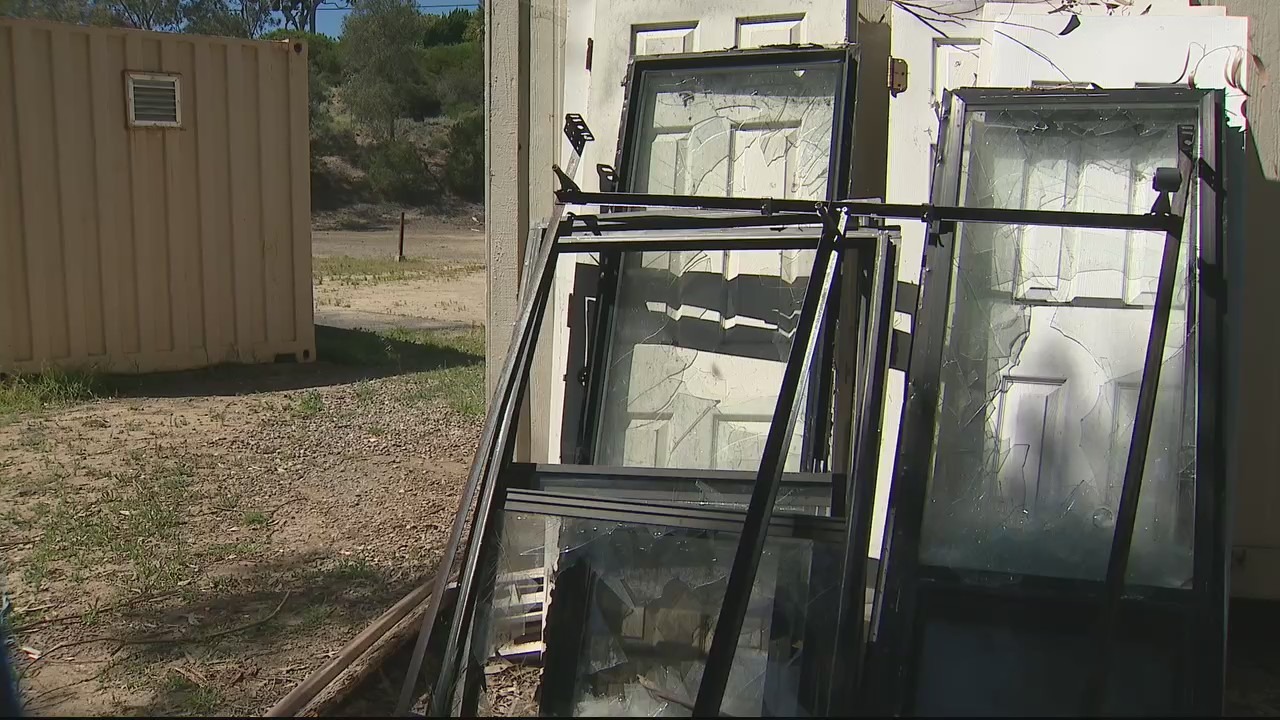 Kathy Faller inspected the damage on Wednesday after vandals destroyed her stock of donated windows that have been salvaged over the past two years. The windows were stored in an open space on land owned by St. James Catholic Church in Solana Beach.

Faller’s partner made the discovery when she had just returned from construction across the border.

“I’m discouraged,” she said. “How could anyone ruin something that was so useful and so important to the work we do?”

Faller is the founder of Casas De Luz, a Solana Beach mainstay that builds homes for the less fortunate with the help of volunteers, including sixth graders from Skyline Elementary. Like everything else, they had been closed for two years due to COVID.

“I always wanted to collect stuff so that when we start again, we can go up really quickly,” she said.

Faller says she had about 30 repurposed windows — now just broken glass strewn across the property — the windows reduced to trash.

“Obviously they didn’t care,” she said. “They just wanted to smash everything and it was so destructive.”

They had just started building again and had already completed two houses with plans for 10 more.

“April and May we’re building six more houses, so I had enough windows for everyone,” Faller said. “But now they are gone.”

The windows may be broken, but Faller’s spirit is not. Once the news spread via social media, donations started pouring in to the local group which provided much more than shelter.

“Not only are we building at home for a family in Mexico, but I think it has just as much impact for kids building at home. It transforms these children. It changes their lives,” she said.