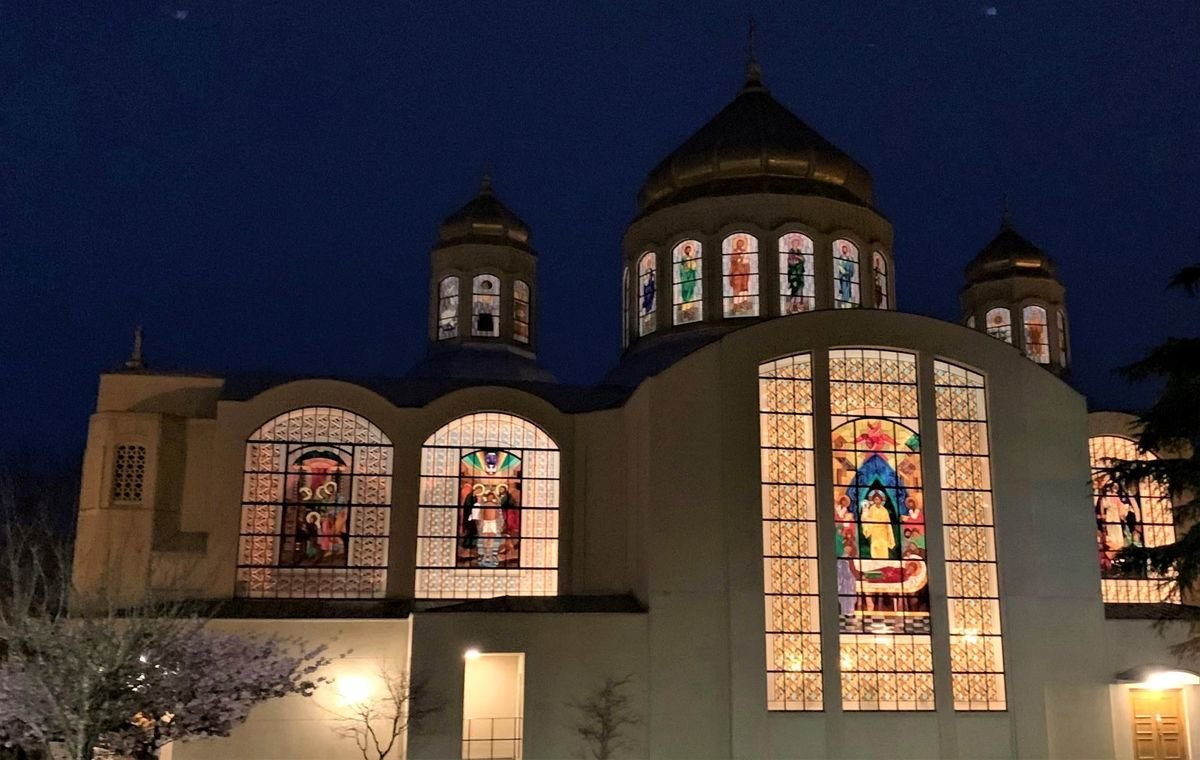 Imagine being sent to a foreign country whose language you don’t know and your task is to bring people closer to Christ.

Last year Fr. Yosafat Khaimyk, OSBM, was sent to Edmonton from the Kamin’-Kashyrsky region of Ukraine. He arrived without speaking English.

Six months later, he is in Vancouver as a mission speaker – in English – for a Lenten mission at St. Mary’s Ukrainian Catholic Church. I was one of the lucky ones to join our Ukrainian sisters and brothers for the three days of Divine Liturgy where the mission was presented.

While Father Yosafat was here, I noticed something unusual about him: he heard a huge number of confessions every day of the mission. When he was not speaking to the community, he seemed to hear another confession. I was not used to it from the Roman Catholic missions I had attended in the past. It was therefore difficult to interview him because he was still a priest!

Three days later, when the mission was over, I sat down with Father Yosafat in the cafe. (St. Mary’s administrator, Father Joseph Pidskalny, OSBM, suggested I talk to him if I really wanted to know what was going on in Ukraine right now, since a lot of his family is there, many of whom serve in the military.)

There were Ukrainians gathered at the same table with us and they listened intently as he answered my questions. Father Yosafat never spoke of the war during his mission talks. But now, holding back his emotions, he has confirmed that he has two brothers and six cousins ​​in the Ukrainian army. He told me where they served, then said, “The country has been at war for most of the past 300 years.

He described how in central and eastern Ukraine “there are not so many people who believe in God”. But since the Russian invasion, “more and more people are looking for priests and have started going to churches”.

Then he said, “there is also a spiritual and natural battle going on” right now in Ukraine.

He did not elaborate on the comment and we all respected his silence.

I asked Father Yosafat what we Roman Catholics could do to help the people of Ukraine most at this time.

He had two requests. “Talk about it,” he said, referring to the invasion. “Bring it into every conversation you have with everyone you talk to.”

Then, “Pray. Pray and pray.

He and the others at the table fell silent then.

The Church has given us this wonderful season of Lent where we slow down and concentrate. Holy Week has a great tranquility. So I ask my brothers and sisters in faith to do what Father Yosafat asked. Speak and pray.