The Beginnings of Anglican-Catholic Dialogue by Rowan Williams

LAST year marked the centenary of the first of the unofficial Mechelen conversations between English Anglicans and French and Belgian Roman Catholics. They were led by veteran Anglo-Catholic Lord Halifax and the heroic Cardinal Désiré-Joseph Mercier, Archbishop of Mechelen-Brussels during and after the First World War.

Lord Williams has given us a splendid monograph, which focuses on the central theological issues of the Conversations while highlighting the underlying tensions in the two Churches in the early twenties of the last century. The brochure was published with the help of the Mechelen Conversations Group, which, like the Conversations themselves, is informal but informed.

Williams first offers pen portraits of key figures, recalling that for Halifax and Lazarist priest Fernand Portal, this was their second “great adventure”. Halifax and Portal pioneered the modern discussion of Anglican orders in 1895, which was later closed in 1896 by Pope Leo XIII in Cures Apostolicae. But Halifax and Portal, even after this disastrous “prequel”, maintained their friendship, and the Lambeth Conference call to all Christians in 1920 gave them an opportunity to return to the task of seeking unity. visible from the Church (News, December 10, 2021).

Williams does not give a detailed history of the annual conversations, but points to the excellent work of the Servite priest Bernard Barlow and the extensive work on the conversations of the Belgian scholar John Dick. On the contrary, Williams reminds us of the context of the Conversations.

On the Roman Catholic side, there was the fervent anti-modernist campaign. Mercier himself was suspected of a certain scholarly sympathy for those accused of modernism. In England there remained strong anti-Catholic (including anti-Anglo-Catholic) prejudices, which resulted in the failure of the Revised Prayer Book (1927–28) to gain parliamentary approval.

Mercier and Archbishop Davidson had to diplomatically defend the unofficial but recognized talkers of Mechelen. Williams rightly points to the unfavorable historical context. This is not the only time internal divisions within the two Communions have created difficult ground for the search for Anglican-Roman Catholic unity. Williams does not go into the complex reasons for the lack of participation in English RC.

His personal contribution to the reflection on Mechelen comes when he opens two particular questions: the Petrine ministry and the limits of doctrinal affirmation. Here he takes us beyond Mechelen even after reviewing the arguments of the papers presented by scholars on both sides. On the Petrine texts of the New Testament, we can jump directly from Mechelen to the first and second statements of authority of the First Anglican-Roman Catholic International Commission (ARCIC). On doctrinal development, Williams introduces us to his own debate with Newman, already partly prefigured in Mechelen. Specifically, to what extent should doctrines established by “inference” from other doctrines be made binding on fellowship rather than accepted as possible rather than obligatory interpretations of faith? 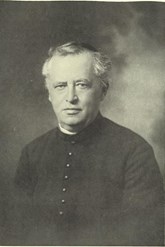 Here arises the fundamental question of the pluriformity of the expression of the doctrine; a question raised by Pope John XXIII at the opening of the Second Vatican Council. During ARCIC discussions, the late Dominican theologian Jean-Marie Tillard alluded to this issue by referring to Marian definitions – the Immaculate Conception and the Assumption – as “devotional” doctrines.

Williams concludes by nevertheless acknowledging the need for a lively and authoritative voice – Newman’s argument – ​​but only where there is a serious crisis of Christian identity. He cites the Barmen Declaration against the Nazi-backed “German Christian” movement as precisely such heresy. 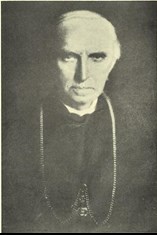 In his discussion of the doctrinal definition, Williams adds to the wisdom of Mechelen and ARCIC by pointing out the occasions when the pursuit of Christian identity requires an authoritative teaching ministry in the face of parody or denial of saving truth; and to discern when on other occasions cultural pluriformity is not only legitimate, but necessary.

The Rt Revd Christopher Hill is a former Bishop of Guildford.