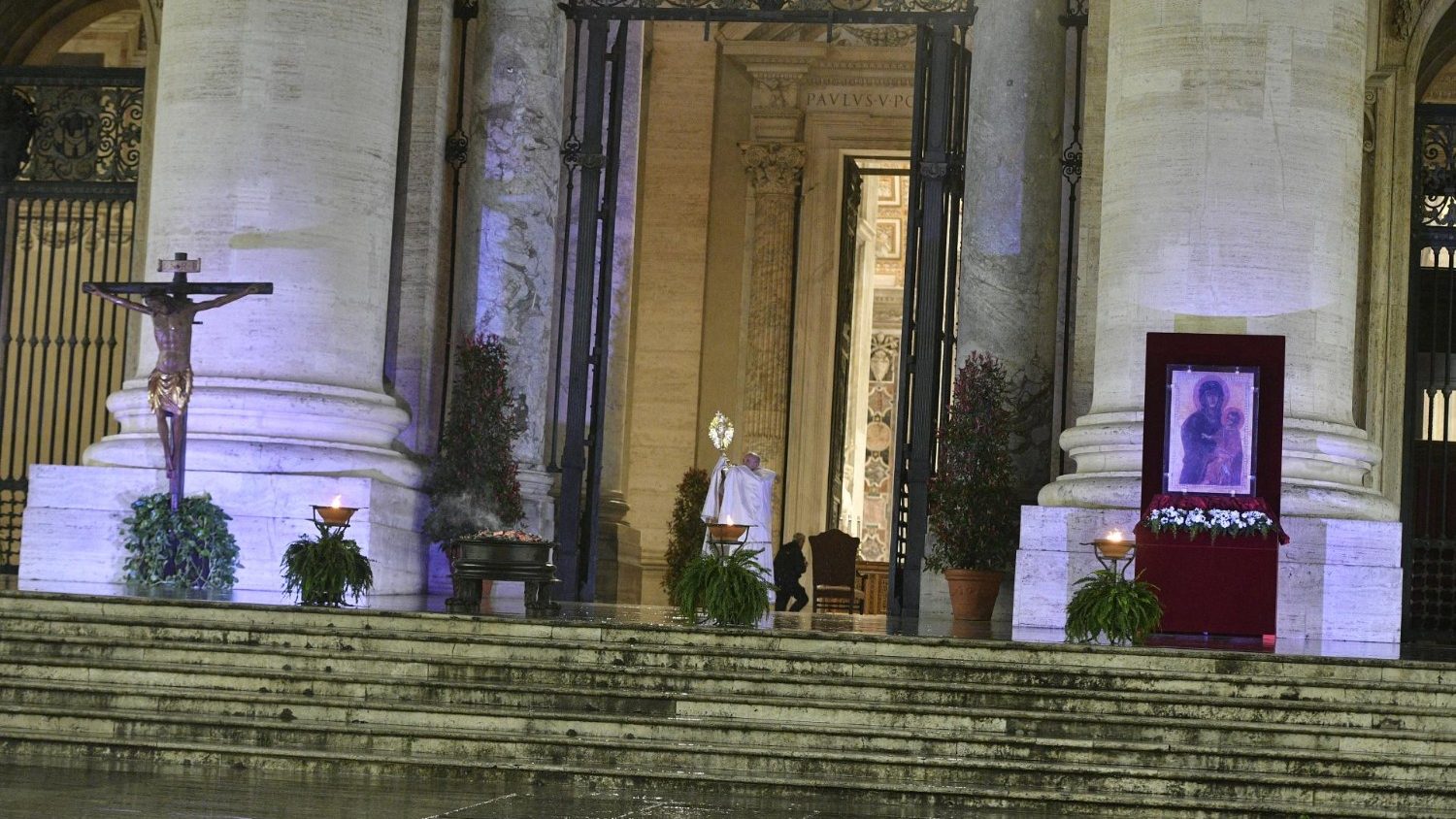 The intense images of the Pope’s prayer for the pandemic, on the evening of March 27, 2020, have been filmed and creatively reworked in various videos produced by church and media organizations.

The scene of the Pope praying for the world during the Statio Orbis on March 27, 2020 has remained in our hearts.

And this concrete prayer, evoked by the Covid-19 pandemic, can help us to calm the anxieties of the new crisis caused by the war in Eastern Europe, without forgetting the other conflicts on the planet. It is as if the Statio Orbis of two years ago continues to be relevant today, repeating with undiminished hope this call from Pope Francis: “Now, as we stand in a stormy sea, we We implore you: ‘Wake up Lord!'”

Various ecclesial organizations took over the images filmed by Vatican Media on the evening of March 27, 2020 – the dense solitude with presence around the Pope, the kiss at the feet of the rain-soaked Crucifix – reworking them in a way that goes beyond the result of just a commemoration.

Here is a series of these productions, starting with the Apostleship of Prayer video:

The video of the Apostleship of Prayer

“On this boat… we are all” thus begins the video in four languages ​​(Spanish, English, French and Portuguese), produced by the Latin American Episcopal Council (CELAM) and the Ecclesial Conference of the Amazon (Ceama )

Deserted cities, doctors in masks, people in cars getting dabbed, ambulance sirens, an increasingly frenetic montage ends on the date of March 27, from which we see the Pope’s slow ascent to the St. Peter’s Square. So begins the five-language video from Detroit-based Digital Continent Productions:

Added to the videos is a photo montage edited by the Association of Friends of Pope Francis, which launched the #allone campaign, playing on the word (“seul”) transformed into “al(I)one”, a call to stick together “all for one” in the midst of the storms of the world.