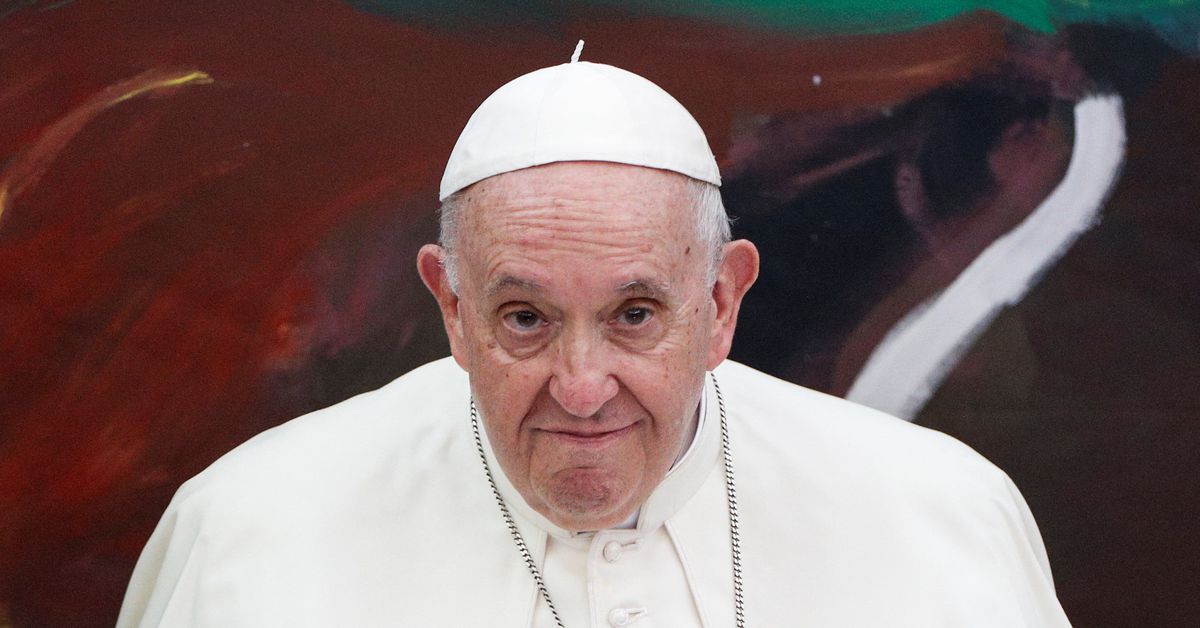 Pope Francis attends the inauguration of the ‘Laudato si’ school in Rome, Italy, May 19, 2022. REUTERS/Guglielmo Mangiapane

VATICAN CITY, May 29 (Reuters) – Pope Francis announced on Sunday he would appoint 21 new cardinals, including one based in Mongolia, as he again put his stamp on the future of the Roman Catholic Church in elevating more men from the developing world to the top ranks.

Sixteen are cardinal electors under the age of 80 and can enter a conclave to elect his successor from among them after his death or resignation. Eleven of the voters are from or based in countries outside Europe or North America.

Cardinals rank second only to the Pope in the hierarchy of the Church and are his closest advisers at home and around the world. Because of their historical power and influence, they are still called the Princes of the Church, although Francis told them not to live like kings and to be close to the poor.

A prominent appointment in the wealthy world was that of Bishop Robert McElroy of San Diego, California, considered a progressive. In giving San Diego its first cardinal, Francis bypassed the conservative big-city archbishops of San Francisco and Los Angeles.

McElroy has been an outspoken ally of Francis’ pastoral approach to issues such as environmental protection and a more welcoming approach to gay Catholics.

He also opposed conservative American clergymen who want to ban Catholic politicians from receiving Communion because of their support for abortion rights.

After the Aug. 27 ceremony to officially install them, known as the consistory, Francis will have named about 82 of some 132 cardinal electors, raising the possibility that his successor will be a man who reflects his positions on key issues.

By then, Latin America’s first pope will have appointed about 63% of cardinal electors, further increasing their presence in the developing world and again loosening the grip that Europe had for centuries on the College of Cardinals. .

It will be the eighth consistory since Francis, 85, was elected in 2013 and with each he has pursued what a diplomat on Sunday called “an Asian tilt,” increasing the likelihood that the next pope will be from the region.

By appointing cardinals in Singapore, Mongolia, India and East Timor, Francis appears to be seeking to increase the prestige and influence of the Church in Asia, a growing economic and political power.

Francis made the surprise announcement after his Sunday noon blessing to thousands in St. Peter’s Square.

New voters include Archbishop Giorgio Marengo, an Italian who is currently the administrator of the Catholic Church in Mongolia.

The country has fewer than 1,500 Catholics but is of strategic importance as it borders China, where the Vatican is trying to improve the situation for Catholics in the communist country. At 48, he is the youngest of the new cardinal electors.

Once again, Francis ignored the archbishops of major cities in Europe and the Americas who traditionally had cardinals before his election in 2013, preferring to appoint men in remote places where the Church is small or growing and more vibrant. than in Europe.

New cardinals from other developing countries include the archbishops of Ekwulobia in Nigeria, Manaus and Brasilia in Brazil, Goa and Hyderabad in India, Wa in Ghana and Asuncion in Paraguay.

How a church became a hub for Uvalde’s grief