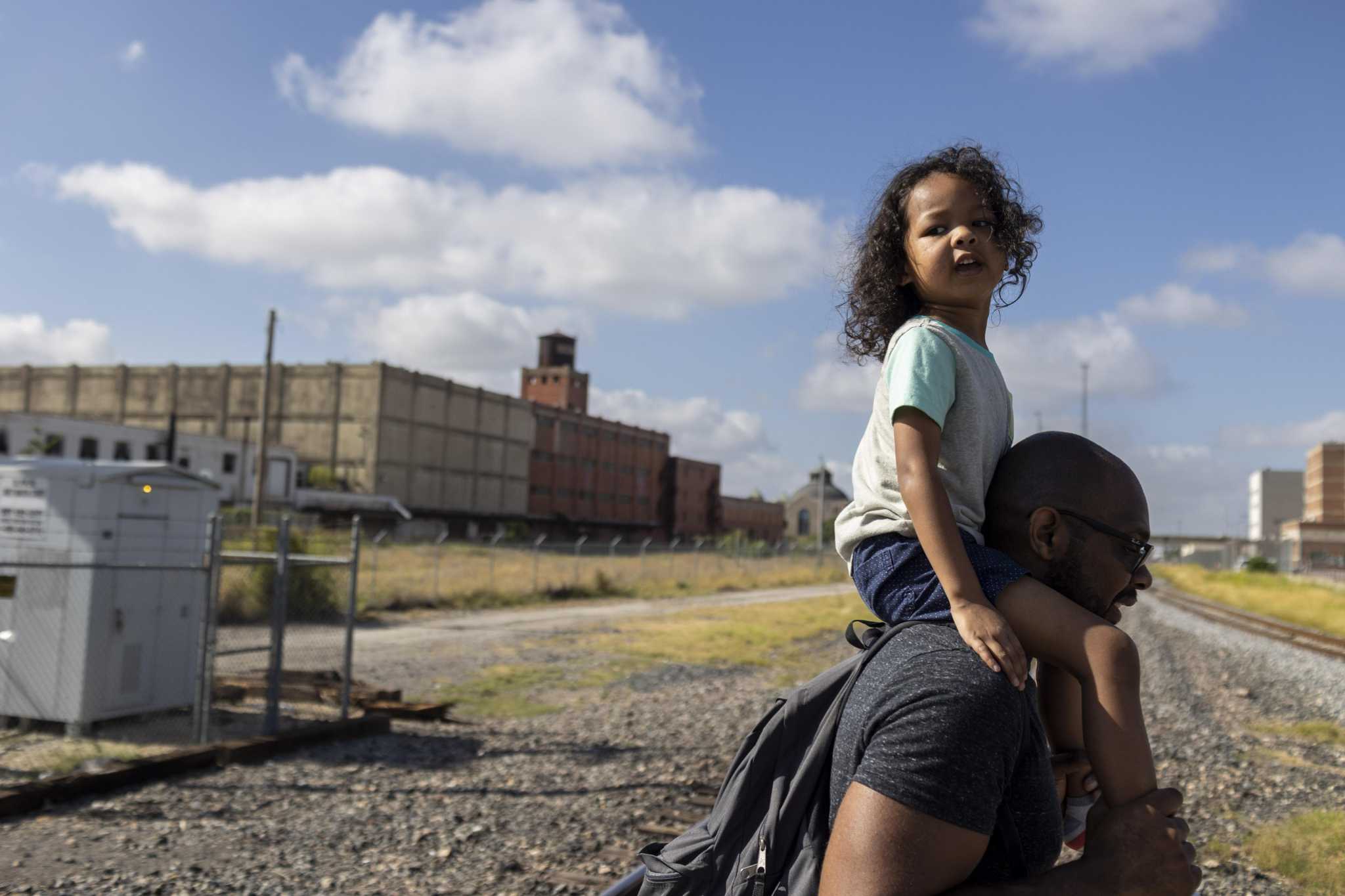 “Hopefully it brings us closer together,” Smith said of the march as the morning festivities began.

Some of the participants skipped the march and piled into a golf cart that led the peloton, which was largely made up of church members and SARA employees, but included a handful of other members of the community of San Antonio.

On ExpressNews.com: Celebrate Juneteenth in San Antonio with marches, festivals, a baseball game – take your pick

The foundation of St. James AME Church, one of the oldest black churches in the state, was discovered in 2020 during the construction of San Pedro Cultural Park and is now preserved. SARA worked with the church, which was founded in 1867, to help incorporate the foundation into the design of the park.

“Not only is this a historic moment for St. James AME Church, but it is a historic moment for African Americans in the city of San Antonio,” Smith told participants at the start of the march as he was standing in front of the foundation which had a string of yellow construction flags surrounding it. “Because now we feel like we have a piece of that pie that makes us the historic San Antonio that we are.”

The Saturday march was just one of the many ways San Antonians celebrated Juneteenth this holiday weekend; others went to festivals while some headed to the ballpark for a game on Saturday.

June 19 was celebrated as a federal and municipal holiday for the first time last year. In September, it became a Bexar County holiday.

Rodgers has been a part of the church his whole life. She said she thought it was beautiful that officials changed their original building plans to properly honor St. James and its place in history when the foundation was discovered.

“It shows how far we’ve come,” Rodgers said, “and shows us that the city loves us and that we matter.”

When the marchers arrived at their current church on North Richter Street, they rested on folding chairs set up under awnings in the parking lot as the next phase of the day’s celebration began. The bell of St. James rang as church leaders stood before a microphone to pray for former church leaders, victims of the COVID-19 pandemic and those who were killed in the school shooting in Uvalde and church shooting in Charleston, SC. The seventh anniversary of the tragedy at Charleston’s Emanuel AME Church took place on Friday.

This weekend also marks the return of in-person services at St. James — Smith said the church has only hosted virtual services since the pandemic began, but will reopen to its congregation of 300 on Sunday.

Smith said the walk could become an annual event in the future.

Derek Boese, 48, helped stop traffic at crosswalks as marchers weaved through the city center. Boese, chief executive of the river authority, was one of several SARA officials present. The organization’s public art curator, Carrie Brown, was also present; she worked with church leaders to organize the event.

“We are honored to be a part of this and to celebrate this holiday with them and to provide the start of the march and a space for people to come together,” Brown said.

Johnnie Davis, 71, said the Juneteenth event was a way to honor the founders of St. James and the denomination as a whole for “what they did and what they created,” noting that ‘they faced challenges as newly freed people.

“To me, today was an expression of appreciation,” she said, “and acknowledgment that there had been a struggle that they had overcome, and that they had truly thrived and survived during this period.”

Meet the 10 new Blesseds of the Catholic Church

Reviews | After the Southern Baptist Report on Sexual Abuse, How Can Churches Do Better?