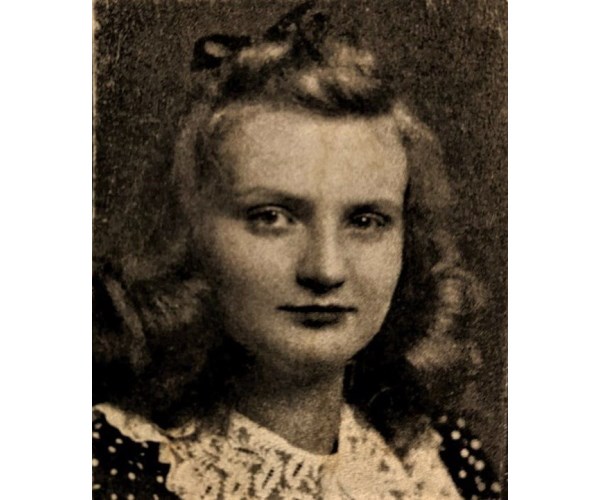 Her beloved husband was the late George J. Shendock, who passed away July 19, 1989. Together, George and Dorothy shared 41 wonderful years of marriage.

Born in 1924 in Swoyersville, Dorothy was one of six children of the late George W. Nemetz Sr. and Theresa Masonis Nemetz.

Raised in Swoyersville, Dorothy graduated from the former St. Mary’s High School at Wilkes-Barre, class of 1942, and continued her education at the former Wilkes-Barre Business College.

After graduation, she worked as a clerk for her family business, Nemetz Bakery, formerly of Swoyersville. After raising her children, she returned to working outside the home for the old Grasso Pants Manufacturing, Plymouth, then later at the old United Pants Factory, Swoyersville; former Ann-Will Garment, Kingston; and the former GT Manufacturing, Courtdale.

Dorothy was a devout Catholic and long-time member of the former Holy Trinity Church, Swoyersville, where she was a member of her Brotherhood of Christian Mothers, and in her early years she was a den mother with the Scouts of the Holy Trinity. She was proud that her grandfather, Michael Nemetz, was among the early founders of the church in 1895 and served on the church’s first board of trustees. After the consolidation of her church, she became a member of St. Elizabeth Ann Seton Parish, Swoyersville.

Dorothy had a great love for vintage postcards throughout her life, amassing a fine collection. It was her love for vintage postcards that led her to organize and be the former president of the Susquehanna Postcard Club, which at one time had 26 collector members. The club met monthly for many years at the Hoyt Library in Kingston, where many outstanding collectors made excellent presentations of their collections.

Dorothy also had a passion for oil painting, studying under the late Lawrence Russo in Kingston. Her specialty was landscape painting and she has gifted her family and friends with many of her works over the years.

In addition to her parents, George and Theresa Nemetz, and her husband, George, Dorothy was predeceased by her beloved son, George M. Shendock, on June 5, 2014; his brothers, Edward Nemetz, George W. Nemetz Jr. and Richard Nemetz; and her sister, Evelyn Dougherty.

Dorothy is survived by her beloved son, Robert G. Shendock, Chincoteague Island, Virginia; her sister, Eleanor Hudak, Jenkins Township; and his many nieces and nephews.

Family and friends are respectfully invited to attend Dorothy’s Christian Burial Mass which will be celebrated at 11:00 a.m. Thursday in St. Elizabeth Ann Seton Parish, 116 Hughes St., Swoyersville, with Reverend Louis A. Grippe officiating. . The Brotherhood of Christian Mothers of St. Elizabeth Ann Seton Parish will recite the Rosary at 10:15 a.m.

Interment with the rite of incarceration will follow at St. Joseph’s Roman Catholic Cemetery in western Wyoming. In accordance with Dorothy’s wishes, the viewing will be private to members of her immediate family.

For information or to send a message of condolence to Mrs. Shendock’s family, visit the funeral home website, www.wroblewskifuneralhome.com, or the Facebook page.

Switzerland: the proportion of Catholics decreases