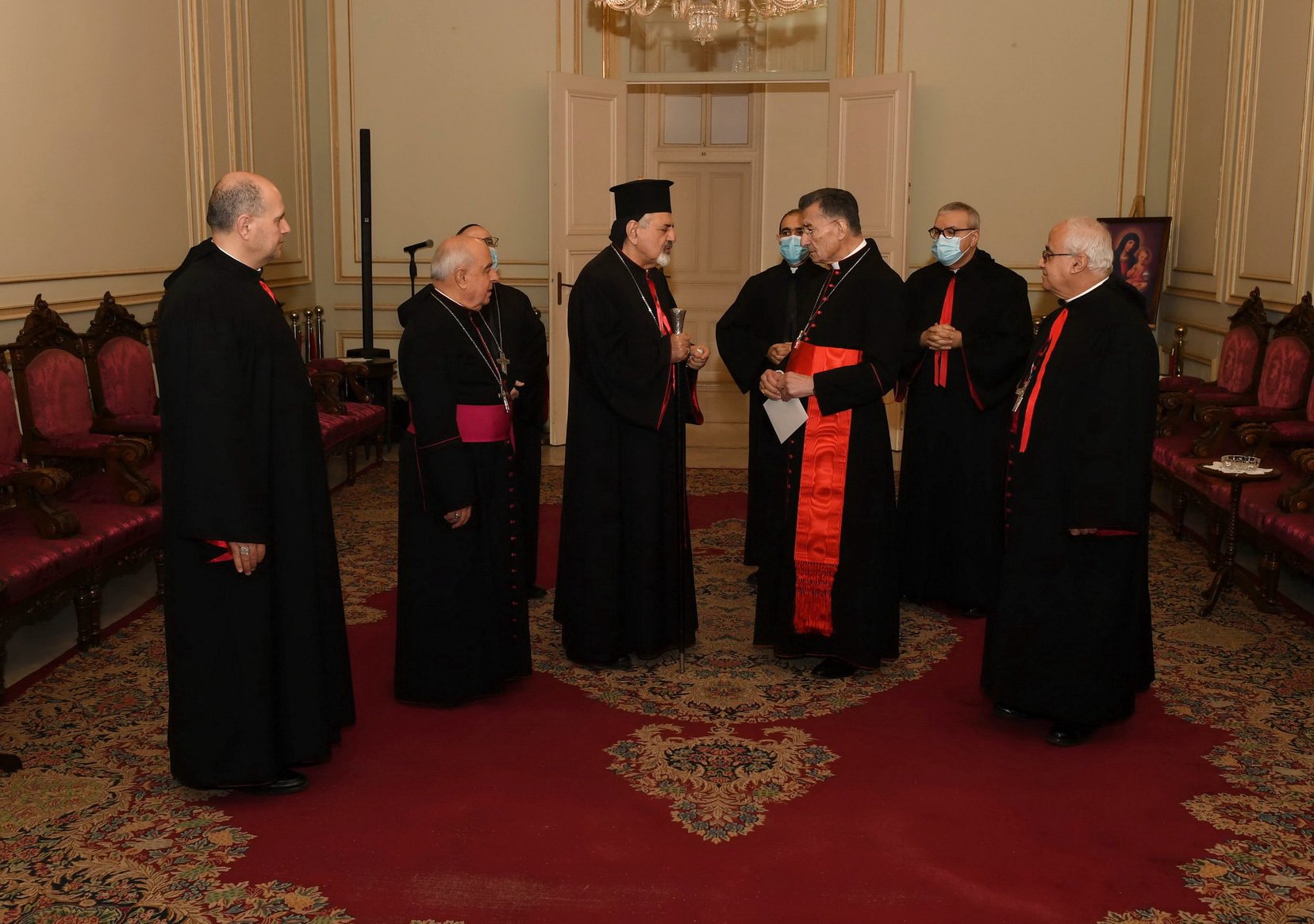 BEIRUT – The patriarchs of the Middle East urged their devotees, overwhelmed by suffering, to hang on more to hope this Christmas time.

In Lebanon, plunged since 2019 into financial and social disintegration in which nearly 80% of the population now live below the poverty line, Cardinal Bechara Rai, Maronite Catholic patriarch, lambasted the country’s officials for their “contempt” for their people.

â€œIf love existedâ€¦ in the hearts of those responsible, the people would not suffer the worst tragedy in (Lebanon’s) history,â€ Rai said in his Christmas message.

If those in charge were to “walk among the people … visit homes to talk to fathers and mothers, listen to the moans of the afflicted, the cries of children, the pain of the sick … and survey the number of those who sleep without food … those without – shelter, out-of-school children “, as well as the statement of state fees due to various institutions,” they would have been ashamed of their souls and would have resigned from their functions “, he declared.

In his Christmas message from the Beirut Patriarchate, Syriac Catholic Patriarch Ignatius Joseph III Younan said that every day brings more tragic developments and crises to Lebanon, especially in terms of economic and financial deterioration. The Lebanese currency has depreciated by more than 90% since the end of 2019, and therefore the value of wages, for those who still have jobs.

“The (monthly) salary of the Lebanese citizen is now only sufficient for a few days, given the almost total absence of those who claim to be responsible,” Younan said of the country’s leaders.

“Electricity is down, government services are closed due to legitimate employee strikes, smuggling to legitimate and illegal crossings is wide open, and the medical sector is in tragic decline, starting with the loss of drugs and drugs. medications. equipment, the lack of electricity to run hospitals and the emigration of doctors, â€Younan said.

He expressed his hope that with the legislative elections, â€œthe Lebanese will change, of their own accord and by democratic and peaceful means, this ruling clique that has led them to bankruptcy and famine, and (will produce) a new political authority which is their interests and the sovereignty of their country, and rid them of their misery, and return Lebanon to its previous era of prosperity and development.

Regarding Syria – where he made a pastoral visit at the beginning of December – Younan said that she “is still suffering from the effects of the war, which is approaching its twelfth year, despite all the efforts of the government and its members. friends of goodwill, and he’s struggling to get out of this dark tunnel that has divided the country and displaced millions of his children, so they have become refugees in all parts of the world.

“It is true that the cannon sounds have died down and life has returned to normal in most towns and villages, and negotiations have progressed, but unfortunately the interests of the big countries continue to control the fate of a whole nation, “Younan continued. . He prayed that Jesus would fill hearts with â€œthe hope emanating from his wonderful birthâ€.

Melkite Catholic Patriarch Joseph Absi said that the Middle East â€œgroans more and more under the weight of evil, sin and pain: the evil of external and internal exploitation; sin towards ourselves, towards others and towards our countries; the pain of poverty and want, the pain of humiliation and want, the pain of doubt and despair about the future. We see our families disintegrating due to immigration, and we see our young people leaving their land in search of a better life.

“A decent life is a right of every individual, as is justice and equality,” Absi said, urging Catholics “to hold on more firmly to our hope.”

“If the days we live in have taught us anything,” Absi said, “it is that” relying on humans will not give us the security we seek, but rather than relying only on God. ” He reminded the faithful that Saint Paul “invites us to hang on to hope in the darkest moments”.

In his first Christmas message as Patriarch, Armenian Catholic Patriarch Raphael Bedros XXI Minassian said: â€œToday we need Jesus the Savior more than ever. Today we are living through horrific and exhausting horrors and hardships in our beloved country, Lebanon.

Quoting Saint John Paul II, he urged the faithful: â€œDo not be afraid. Open wide the doors to Christ.

From Iraq, Cardinal Louis Sako, patriarch of the Chaldean Catholics, pointed out a political and social climate charged with â€œtensions and conflictsâ€ linked to the legislative elections in October.

Sako called for “a sincere national vision and courageous dialogue to deal with the accumulated crises and complicated problems in favor of security, stability, consolidation of democracy, the provision of services and the maintenance of peace. dignity of Iraqis “.

â€œPray for peace and stability in our beloved country, Iraq and the whole world. Shine the values â€‹â€‹of tolerance, mercy, peace and fraternityâ€¦. The last thing to die is hope.

Residents of Joburg to honor Archbishop Tutu with prayer service