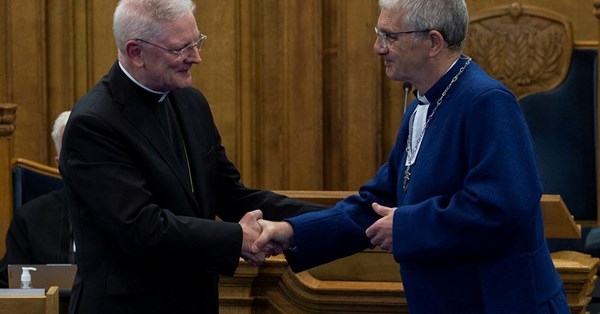 The General Assembly of the Church of Scotland has agreed to endorse the Declaration of Saint Margaret, an ecumenical statement of friendship with the Roman Catholic Church in Scotland.

The statement, which had already been endorsed by the RC Scottish Bishops’ Conference, was welcomed by members of Kirk’s General Assembly meeting in Edinburgh on Tuesday. A similar statement of unity between the Kirk and the Scottish Episcopal Church, the Declaration of St Andrew, was signed last year (News, December 3, 2021).

On past divisions it says, “We repent and ask forgiveness from one another. We also recognize that, even in more recent times, much could have been said between us with more kindness, written with more magnanimity and done with more charity, to promote forgiveness, healing and friendship among Christians. of our country.

If some disagreements remain, he promises “to commit us to continue our pilgrimage towards greater unity. . . We therefore commit ourselves to live as brothers and sisters in Christ, in public and in private, in life and in mission; pray with each other and for each other; to be good neighbours, both to each other and to all the people among whom we live, of all faiths and none; and to work together for the common good of the nation, as it is given to us to see it.

The head of the Ecumenical Relations Committee, Reverend Alexander Horsburgh, told the General Assembly, “We declare a friendship that already exists, that has existed for a long time, and we want everyone to know and understand it. By saying loud and clear that the Church of Scotland and the Catholic Church of Scotland are friends, we are helping to change not only the narrative of our Churches, but also the narrative of our country. There is no turning back.”

The RC Archbishop of St Andrews and Edinburgh, Cardinal Leo Cushley, who named the Declaration after the 11th-century Scottish queen revered for her missionary Christian faith, said: “Instead of listing our problems and our points of friction or grievances, old or new, the Declaration chooses to focus on what we have in common and to emphasize that we cherish and hold, together, so much that is inspiring, ancient and profound.

On Monday, the General Assembly voted to allow its ministers and deacons to marry same-sex couples in church.