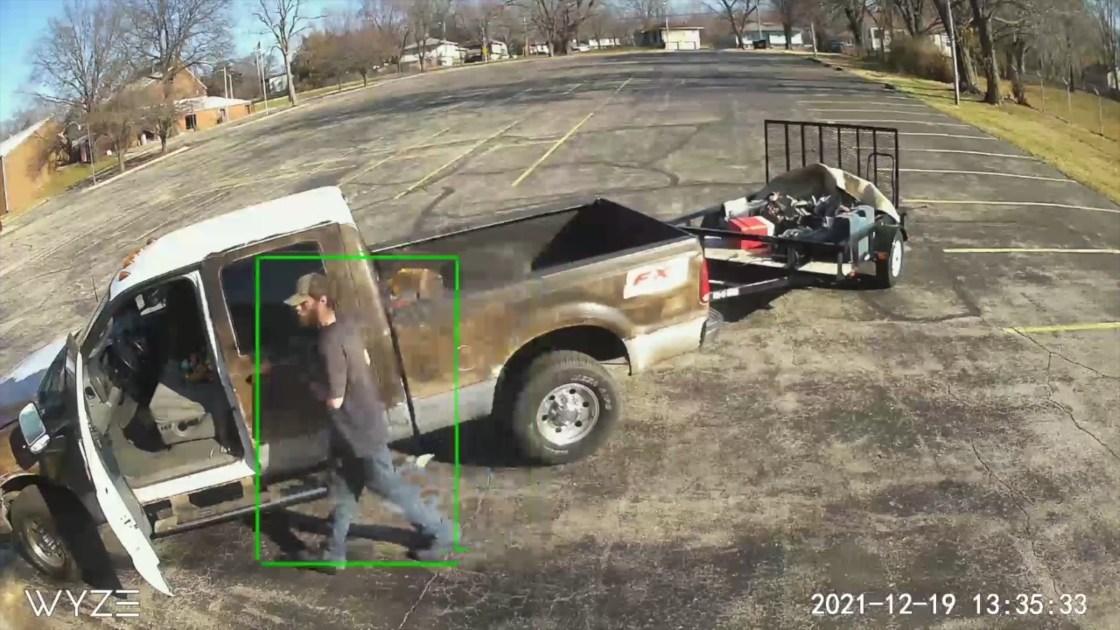 KANSAS CITY, Missouri – A church in Kansas City, Missouri that was broken into three months ago was hit again last Sunday. But this time the thief has been caught on camera and the church needs the audience’s help to identify him.

“He just tore it all up and tore the whole column,” said Pastor Lawrence Nevels, pointing to the damage to the steering column of his church van. This was the third time that Fellowship Right Baptist Church had been the target of vandals and thieves in the past 18 months.

Nevels discovered the last break last Sunday afternoon, just hours after services ended at his church on Pittman Road, near Raytown. This time the assailant was filmed.

â€œSomeone come at this time of day when the cars are just passing by,â€ the pastor said, shaking his head. â€œHe is an individual for me who is very dangerous. If he does it to us, he is likely to do it to anyone.

Ladders, weedkillers and a push mower are missing in the church garage. But the costliest damage was to the church van and $ 3,000 garage door the church had just installed a few months ago after the last burglary.

â€œIt was a stronger door to keep them from breaking in,â€ Nevels said.

The pastor is hoping video of the thief from multiple security cameras could help police find the man responsible.

The video shows the driver behind the wheel of a smashed pickup truck that was used to break down the garage door. He then shows him loading items from the garage into the bed of the truck, including the weed killer.

Sunday’s break-in was particularly frustrating, Nevels said, as the church went to great lengths to protect itself from thieves.

Now the church is asking the public for help in locating the man pictured in the video and is offering a reward of $ 300.

â€œWe want people to help us get this individual off the streets,â€ Nevels said.

FOX4 Newsletters: Get updates delivered to your inbox