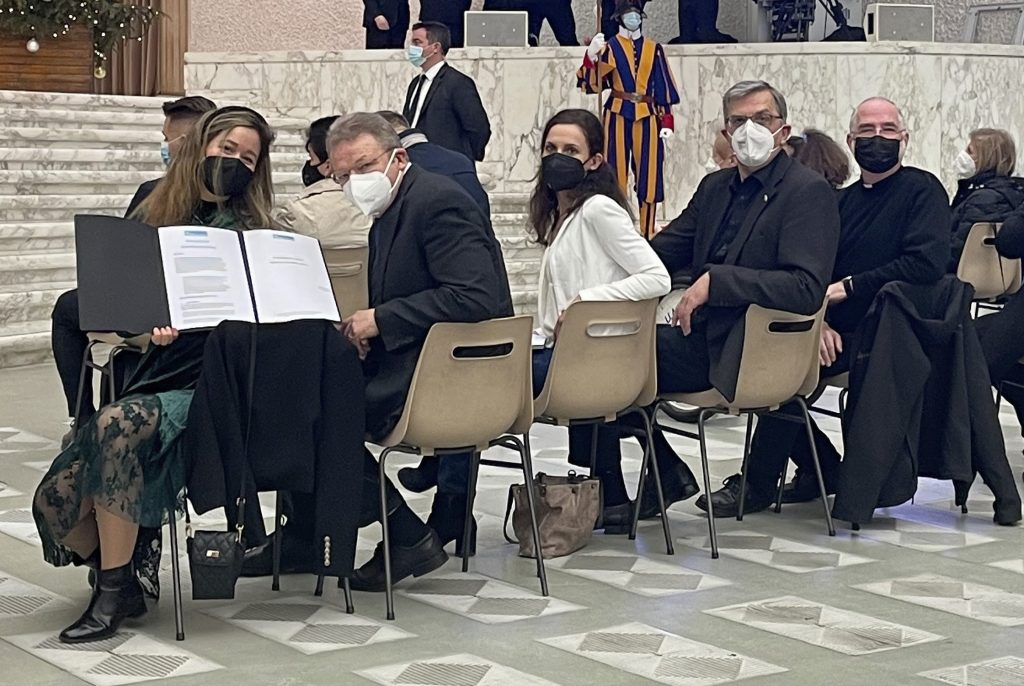 ROME — During the Second Vatican Council, German-speaking theologians and prelates were so influential that a history of the council was titled “The Rhine Flows into the Tiber.” Now that Germany’s controversial “synodal way” is gaining momentum, it almost seems that the Tiber is trying to divert the Rhine.

The synodal way began as a response to the clerical sex abuse scandals that have rocked Germany in recent decades. Presented as a multi-year process of discussion and debate in which nothing is taboo and nothing is excluded, and which would end in a series of “binding” votes among the participants, the German process has raised fears that it will triggers a crisis of Catholicism. producing results at odds with official teaching on issues ranging from the ordination of women to same-sex marriage.

Pope Francis and his Vatican team have tried to warn Germans not to go overboard, including in June 2019, when the pontiff sent a detailed 19-page letter urging participants in the Synodal Way to focus on evangelism in the face of steep declines in the practice of the Faith – and not, by implication, to be distracted by issues that could disrupt the unity of the Church and pit Germany against other parts of the Catholic world.

These curses haven’t seemed to have had any noticeable effect on the deliberations so far, but that hasn’t stopped them from continuing to come.

Last September, Bishop Rudolf Voderholzer of Regensburg – coincidentally, the birthplace of Pope Emeritus Benedict XVI – presented an alternative text to the official manifesto of the Synodal Way, entitled “Authority and Responsibility”. She expressed deep concern about the direction of the process.

“In the current debate on the renewal of the Church, the need for which has become evident through the abuse crisis, positions are often advanced whose content has no sure connection with the reassessment or prevention of abuses of power. within the Church,” the alt text reads. .

“Call for the introduction of the ordination of women or the desire for a general adaptation of the structures of the Church to the standards of modern democracies, as well as doubts about the spiritual authority of the ordained ministry, the plea for its desacralization consistent or sweeping reorganization of the Church’s sexual morality are components of a reform agenda whose origins date back long before the abuse crisis and have only been secondarily associated with it,” he said. .

Just a few days ago, another “protest of protest” text was published, including a personal presentation to Pope Francis.

Posted online and titled “New Beginnings: A Manifesto for Reform,” the nine-point document accuses the Synodal Way “of abandoning the path of unity with the universal Church, of harming the Church in substance of his faith and to open the way to schism.”

So far, the document has attracted a few thousand virtual signatures of support.

What is remarkable in all this is not that the German initiative has drawn criticism, for whenever a semi-official group of Catholics tackles burning issues such as women and homosexuality, there is must have at least as much heat as light.

In the abstract, you might assume that a progressive reform effort would have the support of the liberal wing of the Church, starting with Pope Francis himself, and radiating out among Pope Francis’ perceived allies in the hierarchy. . Instead, two leading German-speaking prelates, both known to be center-left and both seen as key advisers and aides to Pope Francis, have both spoken out publicly in favor of critical alternatives to the path synodal.

Last September, Cardinal Walter Kasper, protagonist par excellence of the synod on the family and of the opening to communion of the divorced and civilly remarried in “Amoris Laetitia” (“The joy of love”), approved the alternative text produced by Bishop Voderholzer.

At the time, the somewhat caustic Kasper said it is legitimate to wonder whether everything in the early results of the Synodal Way is “still entirely Catholic.”

This month, the German group “New Beginning” which went on pilgrimage to Rome to present its document to the pope had on the program the Swiss cardinal Kurt Koch. Cardinal Koch is the president of the Pontifical Council for Christian Unity and an important collaborator of Pope Francis on ecumenical questions and on relations with Judaism.

In truth, the German Synodal Way has been a bit of an exercise in smoke and mirrors from the start, in that it was never going to produce the sweeping changes that some of its protagonists would like to see. At most, it may register the desire of some German Catholics for these changes through the final votes, but that in itself does not change dogma or the Code of Canon Law.

However, such votes arguably become even more of a Pyrrhic victory when they are liable to be immediately repudiated not only by conservative sticks in the mud, but also by the very liberal lions who helped create the conditions in the Church in which something like the Synodal Path is conceivable in the first place.

In other words: “Right against left” is not the only fracture line that matters in the Catholic Church. There’s also “Recognizing Catholic vs. Something Else Entirely”…and if you’re curious about where exactly the border is, you might soon have Germany to thank for an answer.

The Beginnings of Anglican-Catholic Dialogue by Rowan Williams