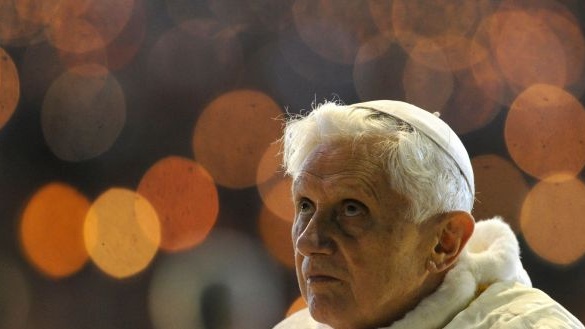 In January, an in-depth report on the Catholic Archdiocese of Munich and Freising – a bulwark of German Catholicism – was published, revealing almost 500 cases of clerical sexual abuse since 1945.

The report accuses Pope Emeritus Benedict XVI, now 94, of failing to end child sexual abuse. German investigators have said it is “extremely likely” the former pope knew of at least four abusive and pedophile priests during his tenure as Archbishop of Munich from 1977 to 1982.

As the membership of the Catholic Church in Western Europe continues to decline, what will be the consequences of this latest scandal within an increasingly fractured Church?

The Vatican already sees Western Europe as a “disappearing market”, Derek Scally, Irish Times correspondent in Berlin, told In the News. “The idea is, which church should we attend to? The growth areas, in the Philippines or in South America, or in Western Europe?

“That’s how they think and I don’t know if pressure from Germany will change their minds because their ultimate goal is to keep the Catholic Church together, whatever the cost.”

And could the former pope face criminal charges for his involvement in these cases of clerical abuse?

“People will say, we’re a long way from anything that will lead to a prosecution, it’s a preliminary investigation,” Scally said. “It’s very early days, but the fact that we had this conversation, I think, shows how serious things are.”

In the News is presented by journalists Sorcha Pollak and Conor Pope.

Listen to the podcast here:
APPLE
SPOTIFY
A CASTING

The diocese warns against the ex-priest | Philstar.com