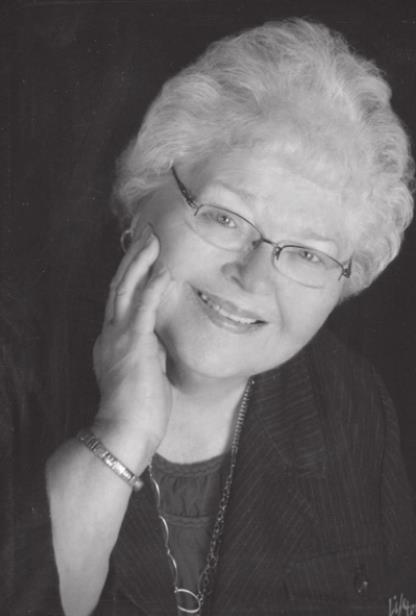 Faye A. Rubick, 86, of Williamsburg, KS passed away peacefully surrounded by her family on Wednesday, May 4, 2022. She was born January 20, 1936 in Ottawa, Illinois, the daughter of Ralph and Marie (Trompeter) Feuerborn. She graduated from Garnett High School, Garnett, KS with the class of 1954. She attended St. Mary’s University in Leavenworth, KS where she earned a nursing degree. In 1979, she obtained a Bachelor of Arts in Psychology from the University of Ottawa.

She was married to John Rubick on September 12, 1956 in Garnett, KS. Together they raised four children on the family farm outside of Williamsburg. Faye was the accountant for the family farm and construction business. They shared over twenty-four years of marriage before her husband died on June 3, 1981. After her sister Janet died, she took in and cared for her niece Joyce.

Faye began her nursing career working at Providence Hospital in Kansas City, KS. She worked as a registered nurse for forty years at Ransom Memorial Hospital in Ottawa, KS. She retired in December 2006. She was a diabetes educator and taught health careers at Ottawa high school. She has also taught CMA, CNA and HHA courses at Neosho County Community College in Ottawa, KS. Faye was known throughout the region for her servant heart, often volunteering time and service to those in need. She was known to pay house calls to provide medicine to those who could not leave the house. She enjoyed working in intensive care because she could comfort patients and their families. She also enjoyed her time as an educator. She has volunteered at Sacred Heart and the Franklin County Cancer Society.

She was a member of St. Patrick’s Catholic Church, Emerald Williamsburg, KS; Sacred Heart Catholic Church, Ottawa, KS; Kansas Association of Hospital Education Coordinators; American Association of Diabetes Educators; and a former member of Friendly Neighbors Home Extension Unit for thirty years in Williamsburg, KS. She loved spending time with her family, especially her grandchildren; sew and take care of her garden. She enjoyed playing instruments, including the organ and accordion, and enjoyed attending musical performances. Faye enjoyed traveling across the country and overseas. His travels included trips to Europe, including Germany and Holland; Canada and Alaska, among other destinations. Travel companions included his sister Jean and close friends. She also enjoyed taking regular trips to see her family in the Branson, MO, Illinois and Florida area.

A Christian Burial Mass will be held at 11 a.m. on Tuesday, May 10, 2022 at St. Patrick’s Catholic Church (Emerald), 33721 NW Crawford Rd., Williamsburg, KS 66095. Interment will follow at St. Patrick’s Catholic Cemetery . The family will receive friends from 6 to 8 p.m. on Monday, May 9, 2022 at Lamb-Roberts-Price Funeral Home, 325 S. Hickory, Ottawa, KS 66067. Memorial donations may be made to St. Patrick’s Catholic Cemetery Fund, Sacred Heart Catholic Church or Franklin County Cancer Foundation and may be sent to the care of Lamb-Roberts-Price Funeral Home, PO Box 14, Ottawa, KS 66067. Condolences to the Rubick family may be sent via www.lamb-roberts. com.

“The Pope’s visit will be very important for peace”