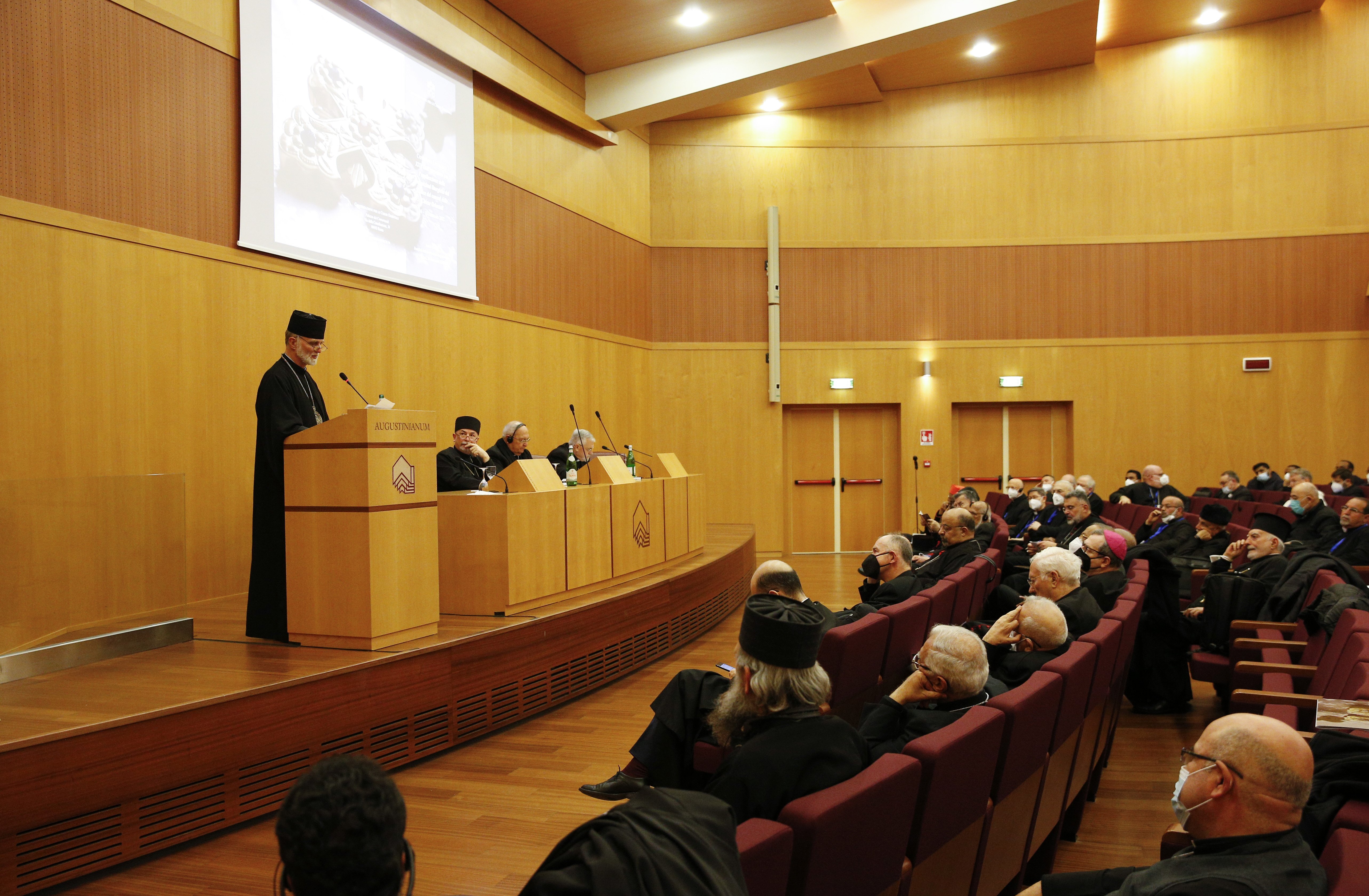 ROME – The Eastern Catholic Churches need to strengthen their liturgical identity, especially given the ongoing conflicts in many of these churches’ countries of origin and the continued migration of Eastern Catholics to countries where most Catholics belong to the Latin Rite , said a Vatican official.

Cardinal Leonardo Sandri, prefect of the Congregation for the Oriental Churches, spoke at the opening of a conference marking the 25th anniversary of a congregational instruction that urged Eastern Catholics to learn more about their liturgies and to show great care in the translation of the texts and the modification of the liturgies. He said that the Eastern Liturgies are a treasure belonging to the whole Catholic Church and also bind it closely to the Orthodox and Eastern Orthodox Churches.

Sandri told conference attendees on February 16 that Catholic, Orthodox and Eastern Orthodox Christians “feel the pain of still not being able to sit around the one Eucharistic table,” but they also know that “we are heirs of a common treasure and very often of the same texts to celebrate the different liturgies.

Thus, he pleaded with the Eastern Catholic Churches “to avoid solitary escapes in pursuit of reforms that do not take into account the heritage shared with the Orthodox and Eastern Orthodox Churches.”

The cardinal reiterated the instruction’s call to Eastern Catholics belonging to the same ritual families – Alexandrian, Antiochian, Armenian, Byzantine and Chaldean – to work together to study their rites, develop educational programs for their faithful, translate texts and weigh possible reforms before moving forward with them.

Archbishop Borys Gudziak, who heads the Ukrainian Catholic Archeparchy of Philadelphia, a Byzantine church, told the conference that in Philadelphia people could hear four different English translations of the same text, depending on whether they were worshiping in a church. Ukrainian, Ruthenian, Melkite or Orthodox parish.

But he dwells more on the call of instruction to the Eastern Churches so that they recover the “mystagogical” role of the liturgy, its role as a place where, as the instruction says, “catechesis and religious education take place; Scripture was proclaimed and commented upon; catechumens and penitents were prepared for baptism and reconciliation”; and from which flowed service to the community.

“It calls on clergy and the faithful to slow down, to take time to be with God and neighbor in common liturgical prayer and to engage in a sacrifice of time and energy in the call of the whole humanity to engage in the sacrifice of praise of Almighty God,” he said.

And he also urged his fellow bishops to ensure that their cathedrals are, as the instruction says, “places that transfer us to a different world, in the presence of God” because regular public prayer takes place there.

If the cathedrals “stay empty because we ourselves do not pray there regularly”, he says, “our lay faithful have every right to ask on the eve of every Sunday and feast day: ‘Do you know where your bishop??’”

We are called by God to act together, says Bishop Welby