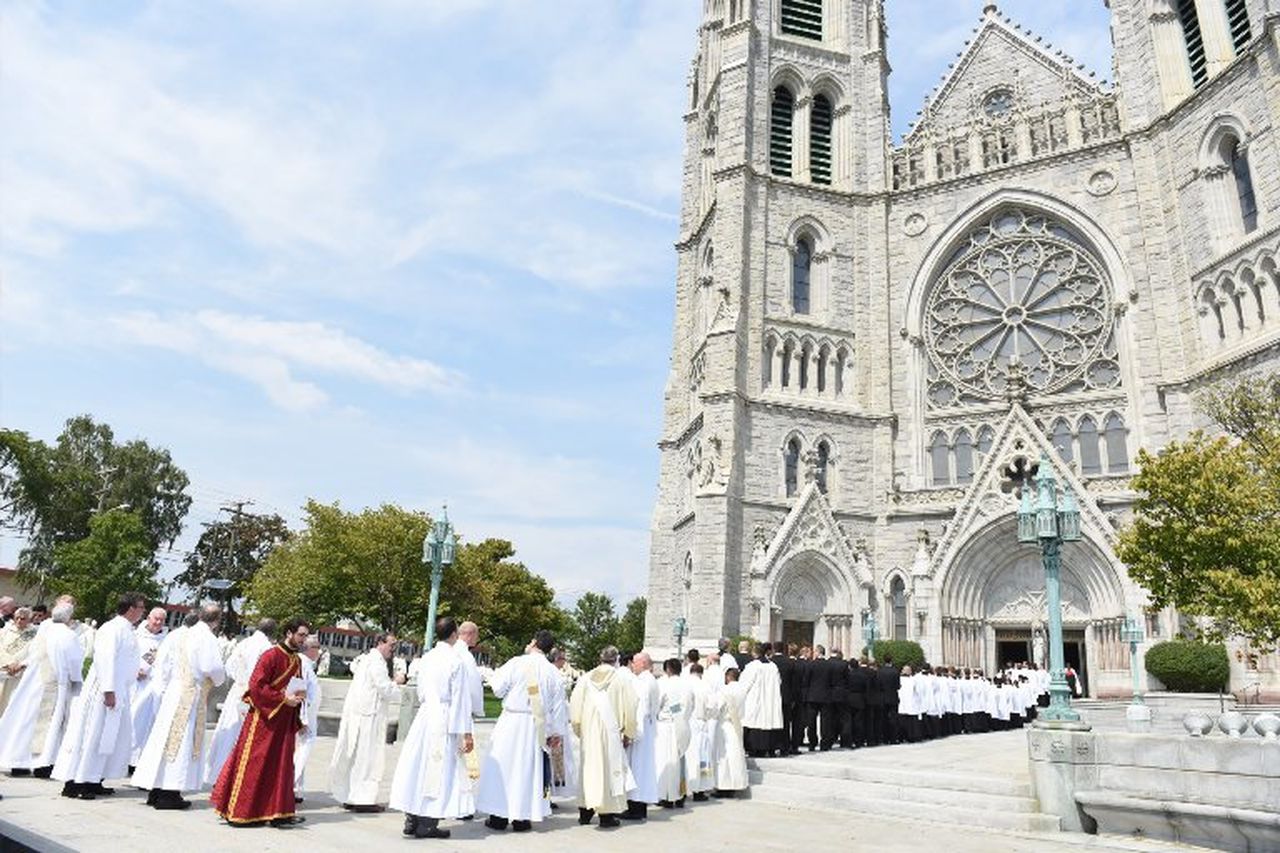 In July, I will be 80 years old. My whole life has been spent as an active parishioner in the Roman Catholic Church. Recently I completed over 30 years as a religious education teacher for wonderful children.

Yet, while young children are routinely killed in school, the Catholic Church and many other faiths have not spoken out against Donald Trump and his Republican supporters who oppose gun control. The Catholic hierarchy remained largely silent when children were taken from their parents on our borders and when the right to vote was taken away. By their silence, they pander to advancing the Trump agenda and are complicit in the horrors of the school shootings.

I cannot support any church or institution that fails in its moral responsibility in this way. The blood of these precious children cannot be washed from their hands by candles, flowers and moralizing prayers. When the church speaks loud and clear for strict gun control across the United States, in good conscience, I will return my support.

We would be stupid to do so.

Kean Jr., who is now the GOP nominee in the 7th congressional district, bears little resemblance to the moderate Republican governor who bragged about being included. Let’s briefly examine their respective positions on three issues: abortion rights, gun control, and the January 6 insurrection.

As a state senator, Kean Jr. voted against the Reproductive Freedom of Choice Act, which guarantees women’s access to abortion in New Jersey. (Governor Phil Murphy signed the bill into law in January.) Kean’s father has always supported “pro-choice” positions as governor.

Even more troubling, Kean Jr. declined to comment on the Republican Party’s recent characterization of the Jan. 6 attack on the Capitol as “legitimate political speech.” By contrast, in February 2021, his father urged House members to support a bipartisan national commission to investigate Jan. 6.

Editor’s note: In a rematch of the 2020 contest, Kean and incumbent U.S. Rep. Tom Malinowski Jr., a Democrat, will face off for 7th Dist. House seat.

I am a retired lawyer from New Jersey who is outraged by the complete dereliction of duty by the governor and lawmakers in this state to appoint and confirm judges.

As Lawrence pointed out, for political or personal reasons, these officials have failed to fill the continuing judicial vacancies to provide an effective court system to which New Jersey residents are entitled. Nearly 15% — 68 out of 463 — of Superior Court judge positions are vacant. And, all the while, the branches of government are controlled by the same party, the Democrats.

The level of collective incompetence evidenced by this dismal failure of legislative accountability and the resulting disservice to criminal and civil proceedings is truly staggering.

Boat owners: you can afford it

I’ve read quite a few articles about an epidemic of derelict boats on the Jersey Shore that cities claim they can’t afford to remove. Lawmakers proposed a state appropriation of $25 million.

Every time I read one of these articles, the answer screams at me. New Jersey ratepayers, and certainly the coastal cities involved, should not be responsible for the rehabilitation costs.

It’s up to the owners of those ships to pull out an extra $1,000. Regardless of size, owning a boat is not cheap and a luxury few can afford. An annual litter removal surcharge should be levied on all registered pleasure craft to fund the cleaning of vessels for which responsible persons cannot be found or charged.

Commercial fishing vessels, ferries, etc. would be exempt from the surcharge.

What am I missing here, New Jersey lawmakers?

Too many people miss the point about mass shootings. What difference will it make if you are allowed to buy an AR-15 at 21 instead of 18?

Why does a civilian need to buy this type of “assault weapon”? Yes, we have the right to bear arms, but really? An AR-15?

It would be a total waste of legislative time and money to change the age factor. They need to get to the root and make things happen by banning these weapons to civilians of all ages.

Our journalism needs your support. Please subscribe today to NJ.com.