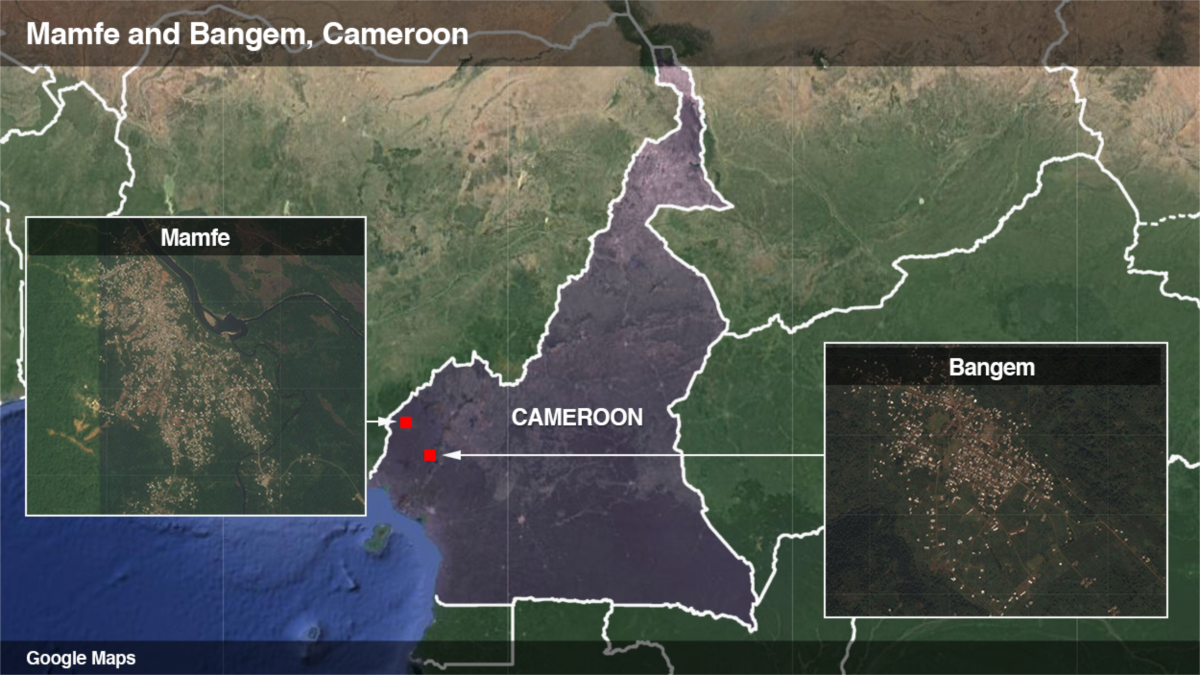 In Cameroon, hundreds protested against attacks on schools, churches and clinics in the troubled west of the country after a hospital in the town of Mamfe was set on fire. Cameroon’s military and separatists have swapped blame for last week’s attack.

Cameroonian officials say several hundred people demonstrated in the streets of Mamfe town on Monday against separatist attacks on civilian bodies in the southwestern area.

Cameroonian state broadcaster CRTV reported that the protest was organized by community leaders after the biggest hospital in Mamfe burned down on June 8.

Dealer Daniel Mbange spoke to VOA from Mamfe via a messaging app to explain why he took part in the protest.

“It’s very, very discouraging that people are attacking a social infrastructure that has broad use for the whole community,” Mbange said. “Who the hell will think of destroying a hospital where women and children, men, old people use it?

The army blames the rebels for the attack and says its troops saved around 50 patients from the flames which injured several patients and nurses.

Capo Daniel is the self-proclaimed Deputy Chief of Defense of the Ambazonia Defense Forces, one of Cameroon’s largest rebel groups.

He denies their responsibility and expressed a common separatist claim that government troops carried out the attack to tarnish their image.

“There is a Cameroonian military barracks not far from there, there was a joint Cameroonian military patrol and a checkpoint nearby,” Daniel said. “The Ambazonia fighters could not have circumvented these military installations, taking time to evacuate patients while firing into the air without any intervention from the Cameroonian army. It was an action [attack] committed by Cameroonian soldiers in civilian clothes.

“Today we hear them on social media accusing our defense and security forces,” Nkongho said. “They don’t want to own what their products did[combatants]anymore. A hospital that had about 49 patients and nurses. They’re witnesses, they know who got them out of the beds. There was no military. They {combatants} pulled patients out of their beds, out of the wards before setting fire to the hospital.”

Nkongho says federal troops rushed to the hospital and transferred the patients to a nearby military hospital.

Protesters on Monday called on the government and military to better protect hospitals, schools and churches from separatist attacks.

Last week’s attack is not the first time English-speaking separatists have been accused of targeting civilian buildings in Mamfe.

In February, the Roman Catholic Church in Cameroon said gunmen set fire to a notorious girls’ dormitory in the city.

The army blamed the rebels, who vowed to investigate but have yet to issue a response.

Rebels have been fighting since 2017 for a breakaway English-speaking state from majority French-speaking Cameroon.

The United Nations says clashes between the two sides have since left at least 3,300 dead and more than 750,000 internally displaced.