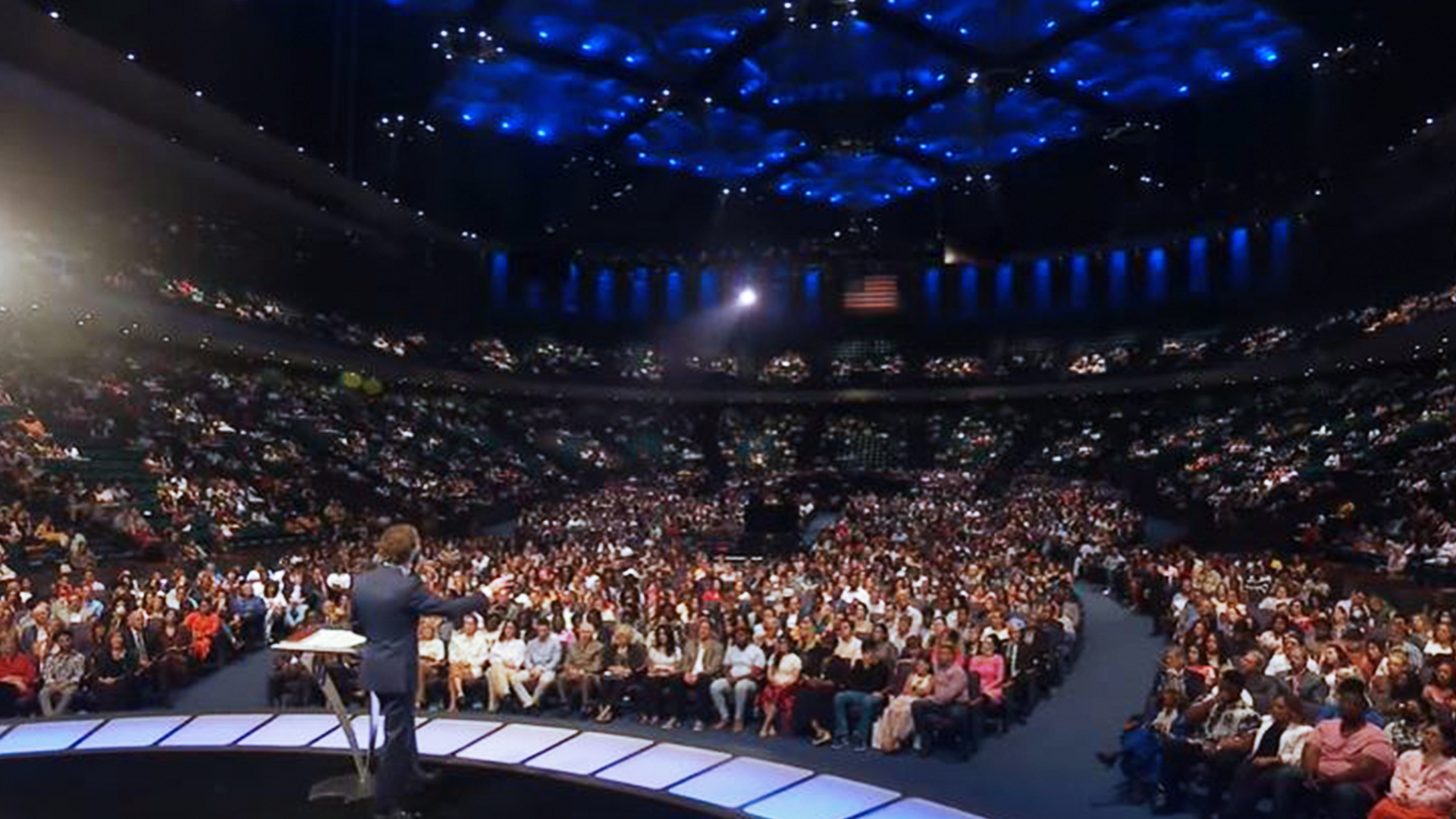 The protest was apparently in response to a leaked draft U.S. Supreme Court opinion authored by Justice Samuel Alito that indicates the court is preparing to overturn the landmark 1973 Roe v. Wade who made abortion a constitutional right in America.

First reported by Politico, the ruling could be made this month.

Activist group Rise Up 4 Abortion Rights posted a short video on social media of their disruption of Lakewood Church services on Sunday afternoon.

The video, recorded with an iPhone from a floor seat, captures the start of Osteen’s message as the congregation rises to repeat a prayer with Osteen before he begins his message.

A man and a blonde woman appear in the video standing in front of the person on the phone. The woman and another woman seated in front of her appear to be recording Osteen with their phones as he leads the congregation.

At the end of the prayer, the congregation repeats “In the name of Jesus” and sits down while Osteen says to the audience, “God bless you.” Then the woman directly in front of the camera hands her phone to the man next to her.

The video shows as the audience sits down, the woman remains standing and lifts her dress over her head.

“It’s my body! My fucking choice!” the woman shouted as she turned to the camera, revealing green handprints on her bra with a green bandana on her underwear.

“It’s my body!” My choice ! she repeats as the video shows two other women who were seated next to the undressing woman and start chanting, “Turn over Roe, h— no!”

The video then shows the three women being escorted from their seats by members of the church security team as they continue to chant. The congregation responded with thunderous applause drowning out the three women who were also waving green bandanas.

KHOU-TV reported that the women then joined a dozen activists demonstrating outside the church building.

According to the released video, the shocking disruption of church services lasted approximately 43 seconds.

CBN News has reached out to the Lakewood Church for comment. We will post it here when we have an answer.

According to the pro-abortion group’s website, the green bandana is a symbol of abortion rights from Latin America. The group calls to fight for abortion on demand and without excuses.

The abortion group also says in a statement that the three women who interrupted Lakewood church services were “acting within the guidance” posted on their website which states that “{People among our millions must make clear , through massive nonviolent resistance, that we will bring the gears of society to a screeching halt before allowing the Supreme Court to overturn Roe v. Wade.”

The group also posted a tweet of a large green banner with the words “Overturn Roe? H— No!” which they unveiled from the top of a section of bleachers at Dodgers Stadium in Anaheim, Calif., during Sunday’s Dodgers-Mets game.

On Saturday, the group tweeted a short video of activists at a protest that included a woman with a megaphone calling for civil disobedience if Roe is hit.