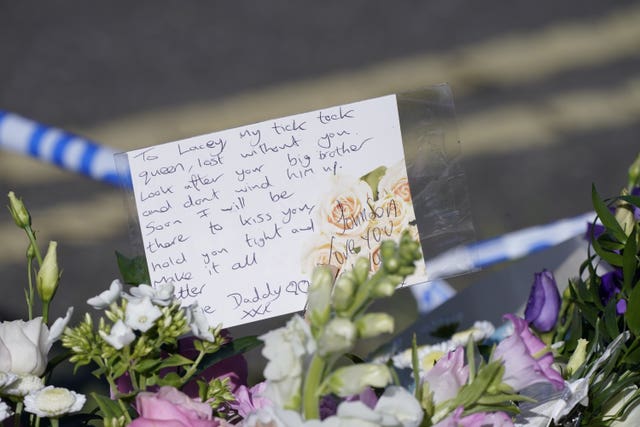 “We are in the same boat”: Reverend pays tribute as prayers are organized for victims of Killamarsh

A special prayer service was held at St Giles Church for a mother and her three children who were found dead in a house in Killarmarsh last weekend.

The bodies of John Paul Bennett, 13, Lacey Bennett, 11, their mother Terri Harris, 35, and Lacey’s friend Connie Gent, 11, were discovered on Sunday morning at a property in Chandos Crescent.

On Sunday, prayers were said in their memory and candles lit as the community continues to mourn the tragedy.

We are all in the same boat.

Reverend Helen Guest said it is important for the community to show solidarity.

It is important that throughout the week the church needed to show solidarity in all of this suffering and pain. All of this will offer hope in this extremely horrific situation we all find ourselves in. ”

We can prepare for anything, but no one could have anticipated what happened. Simply awful. ”

Damien Bendall, 31, appeared in court on four counts of murder. He appeared by video link at Derby Crown Court on Friday, September 24, wearing a gray crew-neck sweatshirt. He only spoke to confirm his name and that he could hear and see the proceedings during a short hearing.

Charges against Bendall allege that he murdered all four victims on a day between Friday September 17 and Monday September 20.