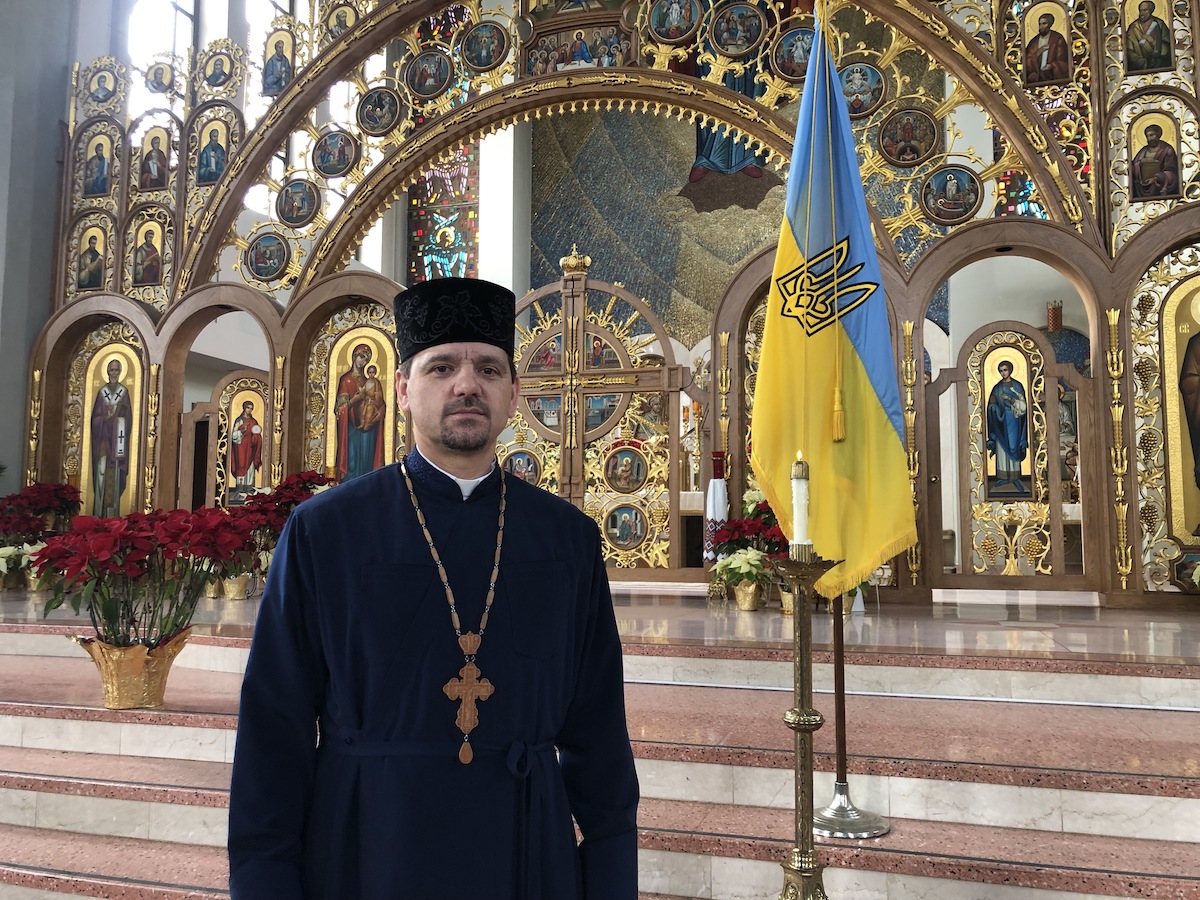 John Rybak is Ukrainian-American, a retired veteran turned carpenter who now lives in Bridesburg. Rybak was with friends Saturday in the community park across from his church, the Philadelphia Ukrainian Catholic Cathedral of the Immaculate Conception.

Rybak said he was quite pessimistic about a Russian invasion. “Putin seems determined to get what he wants,” Rybak said, adding that he believed the Russian leader wanted access to the Black Sea and the natural resources Ukraine has to offer.

Rybak, who said he has family in Lviv, Ukraine, is worried about the potential loss of life on both sides and the number of refugees fleeing Ukraine.

“Obviously we hope for peace, we hope we can find a diplomatic solution and everyone can carry on,” Rybak said. “We all want to live and prosper and live our lives to the fullest without having to sacrifice our family members and go through tougher times than necessary.”

Reverend Roman Pitula, at the Ukrainian Cathedral in Philadelphia, said: “I think everyone is scared. He has in-laws living in Ukraine.

Most members of the church community have family members living in Ukraine and are first-generation immigrants, Pitula said. He said many in the community want the United States to sanction Russia now as a preventive measure.

Pitula is also worried that the Russian media portrays Ukraine as the aggressor. “As Ukrainians we are and will be a peaceful people,” he said.

He pointed to a candle next to the Ukrainian flag at the front of the church. It’s a beacon of hope, he says.

The candle “helps us to send a prayer to God and helps us prevent possible future invasion,” Pitula said.

He thinks there is still room for a diplomatic resolution.

While Ukraine is nearly surrounded by Russia and Russian forces, Russian officials continue to say they have no intention of invading Ukraine.