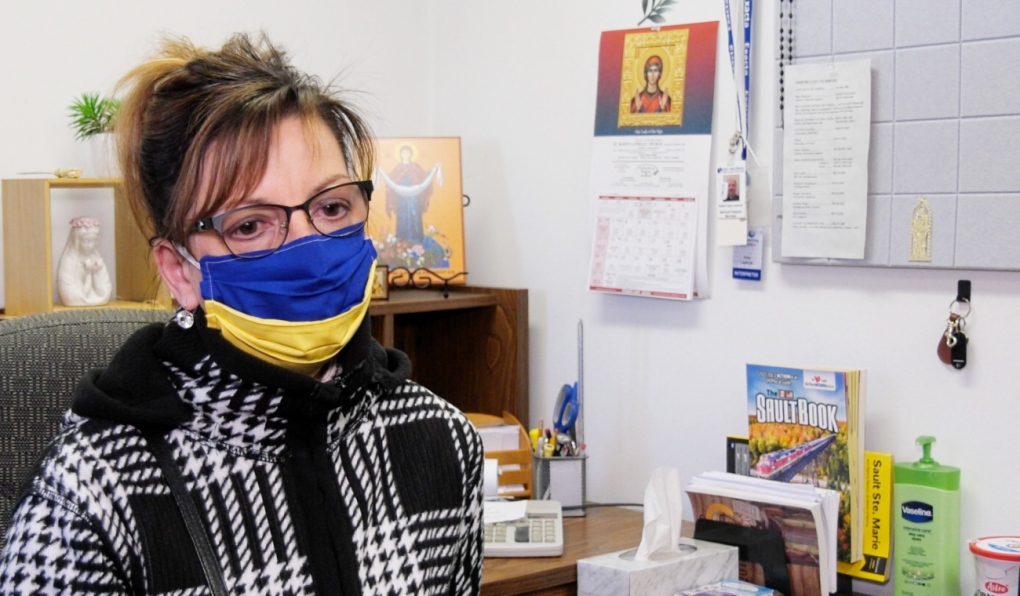 Parishioners of a Sault Ste. The Ukrainian Church of Mary watched in horror as the Russian invasion of Ukraine.

Members of St. Mary’s Ukrainian Catholic Church visited periodically throughout Thursday, offering their prayers for loved ones trapped in Ukraine.

Maria Kudyba was among those who went to pay their respects.

“My nephew lives in Odessa, that’s where all the shelling is going on right now,” she said. “They’re terrified, they’re scared and I’m just beside myself.”

Kudyba has been in constant contact with friends and families on the ground, asking if they have safe passage out of Ukraine.

“But they told me they wanted to stay and fight,” she added. “I mostly know people in western Ukraine, they will do it, that’s where all the patriots are and they will fight until the end.”

Meanwhile, Canada and its NATO partners have introduced new waves of sanctions against Russia.

Speaking to the media on Thursday morning, Nipissing-Timiskaming MP Anthony Rota said Canada would assess their effectiveness at a later date.

“Are the sanctions enough? I think it’s a start,” Rota said. “Once we get past that point to see if it’s having an impact and working, then if it’s not, we’ll have to look at taking further action.”

As for Kudyba and other parishioners, they fear that Ukraine is not the end of Russia’s military action.

“I fear what would happen if they pushed Ukraine to other countries,” Kudyba said. “I plead and pray for the violence to stop.”