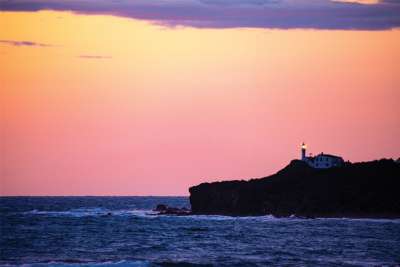 The Season of Creation … a time of action

The Season of Creation, which began on September 1 and lasts until the feast of Saint Francis of Assisi on October 4, has always been a time of prayer, reflection and thanksgiving, a time to open eyes and see the beauty of God’s creation. . But this year, our prayers are meant to spur action – concerted global political action.

â€œTogether, we can choose to act with love, justice and mercy. Together, we can walk towards a more just and fulfilling society with the most vulnerable at the center. But that means making changes, â€wrote Pope Francis, Ecumenical Patriarch Bartholomew and Archbishop of Canterbury Justin Welby, three legitimate leaders of a clear majority of the 2.5 billion Christians in the world (80 million Anglicans, 300 million Orthodox, 1.3 billion Catholics). â€œWe need to change course and discover new ways of working together to break down traditional barriers between people, stop competing for resources and start collaborating. “

Pope Francis has pledged to collect this season’s prayers and take them with him to Glasgow, Scotland for the 26th United Nations Climate Summit from November 1-12.

The Catholic Bishops of Canada wholeheartedly support the season of creation and the solemn teaching of the Church contained in the 2015 Papal Encyclical Laudato Si ‘, said Lisa Gall, spokesperson for the Canadian Conference of Catholic Bishops.

â€œThe bishops of Canada remain firmly committed to fostering care for creation and our common home,â€ Gall wrote in an email.

Just before the start of the season of creation, the CCCB tweeted a link to a one-paragraph statement advising Canadian Catholics that “The celebration calls on the global Christian community to promote prayer and action to protect our common home.” . The bishops’ tweet also links to the Ecumenical Season of Creation website, www.seasonofcreation.org.

Canadian bishops have emphasized ecumenically in their own efforts to support the pope’s teaching on the environment, Gall said. She highlighted the joint Roman Catholic-United Church Dialogue report on climate change in 2019 and a 2017 ecumenical prayer vigil prepared by the Roman Catholic-United Church Dialogue in support of International Earth Hour.

â€œThe CCCB always remains in deep communion with the teaching of Pope Francis on this crucial issue of social justice and wholeheartedly embraces all of its magisterium and all the life-giving initiatives that flow from it,â€ said Gall.

But there is no reason for the laity to let the bishops do their work for them. Faithful political action is the responsibility of ordinary Christians.

“The duty most in keeping with our times, especially for Christians, is to work diligently for fundamental decisions to be taken in economic and political affairs,” wrote the Fathers of the Second Vatican Council in the Pastoral Constitution on l ‘Church in the modern world, Gaudium et Spes.

In Canada, the Laudato Si – Canada Movement facilitates the action of Canadian Catholics. An online petition at thecatholicpetition.org gives everyone a chance to support the Pope when he appears in Glasgow. The petition will be presented to world leaders there.

â€œOur common home and our common family are suffering. The climate emergency is causing rising seas, a hotter planet and more extreme weather conditions. It devastates the lives of our poorest brothers and sisters, â€we read in the prologue to the petition. â€œAt the same time, biologists estimate that we are driving species to extinction at a rate 100 to 1,000 times greater than their usual rate. “We do not have this right” (Laudato Si ‘ 33). “

The Season of Creation has its origins in the Orthodox Church and the initiative of Ecumenical Patriarch Bartholomew. In 2015, it was approved by Pope Francis and its observance has continued to grow. This year’s theme for the Season of Creation is â€œA Home for All? Renew the Oikos of God.

Oikos is the biblical Greek word for a home or a house. The Season of Creation organizers adopted the image of the Tent of Abraham as a kind of central symbol for the Creation Concern Month celebration this year.

Parishes, schools and communities are invited to participate in the Season of Creation through prayer, sustainability projects and advocacy. The Season of Creation website has suggestions for hosting an ecumenical prayer service, local clean-up projects, and ways to campaign for divestment from fossil fuels.

A tribute to the life of Bishop Anthony M. Pilla: Tom Allio