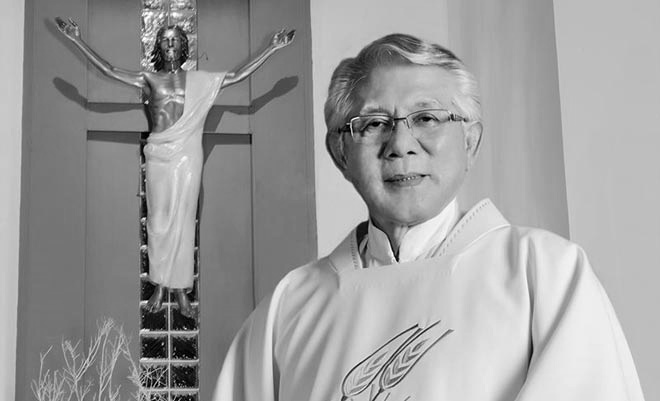 The late Reverend Father Dato Lawrence Chua has passed away at the age of 86.

KUCHING (October 24): The Roman Catholic Archbishop of Kuching and the clergy of the Archdiocese mourn the loss of Rev. Father Dato Lawrence Chua, who died at the age of 86 due to Covid-19.

According to a press release from the Roman Catholic Archdiocese of the Archbishop of Kuching, Bishop Simon Poh, Chua died at Normah Medical Center.

â€œIt is with deep sadness that we announce the passing of Reverend Father Dato Lawrence Chua. He was initially admitted to Mukah Hospital in early September as a Covid-19 patient and was later transferred to Bintulu General Hospital and eventually to Normah Medical Center here, â€Poh said.

Born September 5, 1935, Chua grew up in Mukah and graduated from high school at St Joseph’s School in Kuching. He entered the Preparatory Seminary in 1952.

From there he studied for the priesthood at St. Francis Xavier Minor Seminary in Singapore from 1956 to 1958 and completed his seminary training at the Major Seminary of General College in Penang.

Chua was ordained a priest on December 13, 1964 and after his ordination, Chua served in numerous parishes before leaving Kuching in 1975 to pursue a Masters of Divinity (STL) at the Jesuit Gregorian University in Rome.

â€œOn his return from Rome in 1977, Father Chua assumed his responsibilities as Vicar General and Rector of Holy Trinity Parish and Saint Joseph’s Cathedral in Kuching.

“Chua left his mark in the last two parishes in Kuching that he had faithfully served, namely Holy Trinity Parish in Kenyalang Park (1988 to 2002) and Blessed Sacrament Parish in BDC (2003 to 2017),” said Poh.

He added that Chua retired from active ministry in 2017 and continued to reside in the parish of the Blessed Sacrament.

For his contribution to the Church of Sarawak, among the awards he received from the state government was Panglima Setia Bintang Sarawak (PSBS) in 2007, which bears the title Dato.

â€œFather Dato Chua will be sadly missed by many people. The Archbishop of Kuching and the clergy of the Archdiocese wish to express our deepest condolences to the family members of the late Father Dato Lawrence Chua in this time of loss and we are united with them in fraternal prayer and support â€, a said Poh.

He also invited the clergy, religious and faithful to remember Chua in their prayers.

â€œThe timing of prayers and revival masses, in accordance with the standard operating procedures of the State Disaster Management Committee (SDMC) and the Unit for Other Religions, will be announced once all arrangements have been finalized. after that also.

â€œGrant the Eternal Reverend to Father Chua, O Lord, and let it shine upon him forever. May is suitable for the soul, and the sustenance of all deceased devotees, by the mercy of God, rest in peace, Amen, â€said Poh.