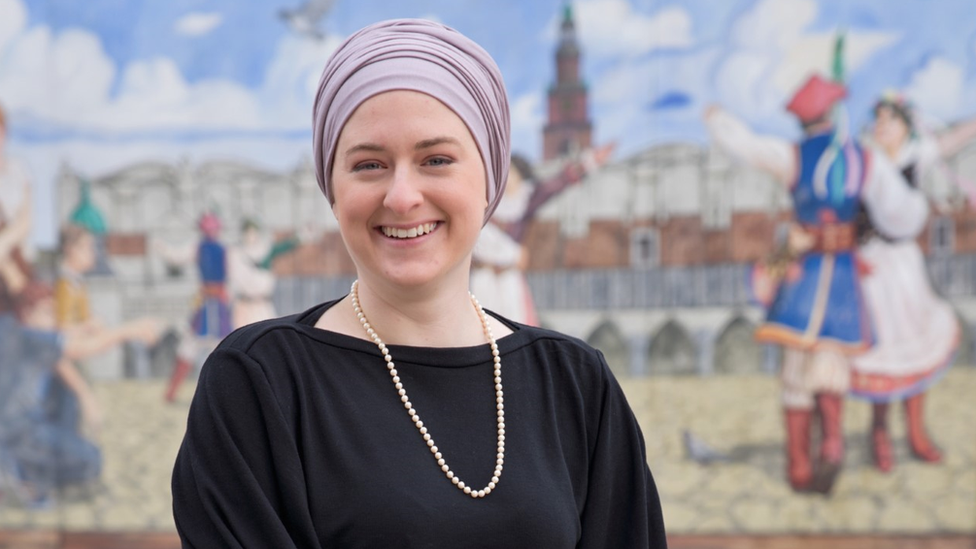 A stroll down Main Street in Hamtramck, Michigan feels like taking a trip around the world.

A Polish sausage shop and an Eastern European bakery sit alongside a Yemeni department store and a Bengali clothing store. The church bells ring with the Islamic call to prayer.

â€œThe World in Two Square Milesâ€ – Hamtramck lives up to its slogan, with around 30 languages â€‹â€‹spoken in its 5 kmÂ² area.

This month, the Midwestern city of 28,000 people turned a corner. Hamtramck elected an all-Muslim city council and a Muslim mayor, becoming the first in the United States to have an American Muslim government.

Once faced with discrimination, Muslim residents are now an integral part of this multicultural city and now represent more than half of its population.

And despite the economic challenges and intense cultural debates, the people of Hamtramck from different religious and cultural backgrounds coexist in harmony, making the city a meaningful case study for the future of America’s growing diversity.

But will Hamtramck be an exception or a rule?

The arc of Hamtramck’s history from its beginnings as a German settler town to the present day – it was America’s first Muslim-majority town – is etched in its streets.

Storefronts display signs in Arabic and Bengali, embroidered Bangladeshi clothing and jambiyas, a type of short curved blade from Yemen, can be seen in store windows. Muslim residents line up to buy paczki, a kind of Polish donut filled with cream.

“It is not uncommon to see some with miniskirts and tattoos and others in burqas walking down the same street. This is all about us,” said Zlatan Sadikovic, a Bosnian immigrant who owns a cafe in the city. Hamtramck town center.

A stone’s throw from Detroit, which partly envelops the city, Hamtramck was once part of the epicenter of the American auto industry, dominated by the General Motors plant that straddled its border with â€œMotor Cityâ€. The first Cadillac Eldorado rolled off the Hamtramck assembly line in the 1980s.

During the 20th century it became known as “Little Warsaw”, as Polish immigrants flocked for blue collar jobs. The city was one of the stops on the American tour of Pope John Paul II of Polish origin in 1987. In 1970, up to 90% of the city was of Polish origin.

However, this decade saw the start of the long decline in auto manufacturing in the United States, and younger and wealthier American Poles began to settle in the suburbs. The change made Hamtramck one of Michigan’s poorest cities, but affordability attracted immigrants.

Over the past 30 years, Hamtramck has transformed again to become a landing platform for Arab and Asian immigrants, especially those from Yemen and Bangladesh. A significant portion of the city’s residents today – 42% – were born abroad. More than half are believed to be practicing Muslims.

The composition of the newly elected government reflects the demographic shift in Hamtramck. The city council will consist of two Bengali Americans, three Yemeni Americans and an American of Polish origin who converted to Islam.

With 68% of the vote, Amer Ghalib will be the first Yemeni-American mayor in the United States.

“I feel honored and proud, but I know it is a great responsibility,” said Mr. Ghalib, 41.

Born in a village in Yemen, he moved to the United States at the age of 17, first working in a plastic auto parts factory near Hamtramck. Later he learned English and received medical training, and now works as a healthcare professional.

Rather than being a “melting pot” or “salad bowl,” Hamtramck is more like a “seven-tier cake” where different groups maintain their distinct cultures while coexisting closely with each other, said Amanda Jaczkowski , elected member of the municipal council. “People are always proud of their particular culture, whereas if it was about assimilation, we would lose the uniqueness.”

â€œWhen you live so close to each other, you are forced to overcome these differences,â€ said Ms. Jaczkowski, 29.

But Hamtramck “is not Disneyland,” said Karen Majewski, the outgoing mayor who will have served for 15 years before resigning. “It’s just a small place. And we have conflicts.”

Frictions emerged in 2004 following a vote to broadcast the Islamic call to prayer in public. Some residents have argued that banning bars near mosques is hurting the local economy.

Six years ago, when it became the first American city to elect a Muslim-majority government, the press around the world descended on Hamtramck. Some media reports of the time painted a picture of a city “tense” with an influx of Muslims. A national television presenter asked if Ms Majewski was afraid of being mayor.

Some have even speculated that a Muslim-controlled city council could impose Sharia law.

She was “satisfied” that Hamtramck had been a welcoming community, she said, and it is “natural” for new residents to vote for those who understand their experience and their languages.

The US Census Bureau does not collect information on religion, but think tank Pew Research Center estimates that about 3.85 million Muslims lived in the United States in 2020, or about 1.1% of the total population. . By 2040, Muslims are expected to become the second largest religious group in the United States, after Christians.

Despite their growing presence, Muslims in America have often been subjected to prejudice.

Twenty years after the September 11 attacks, Islamophobia still haunts Muslims and other Arab Americans. Almost half of adult American Muslims told Pew in 2016 that they had personally experienced some form of discrimination, when then-candidate Donald Trump proposed to bar entry into the United States of America. immigrants from predominantly Muslim countries. The researchers also found that among all religious groups, Muslims still face the most negative views of the American public.

More than half of Americans say they don’t know any Muslims personally, but those who know a believer personally are less likely to think Islam encourages violence more than other religions.

Hamtramck is a living example of how personal knowledge reduces Islamophobia.

When Shahab Ahmed ran for city council shortly after the 9/11 attack, he faced an uphill battle.

“There were leaflets all over town saying I am the 20th hijacker not to hit the planes,” the Bengali American said. After losing the election in 2001, Mr. Ahmed knocked on neighbors’ doors to run. He was elected two years later, becoming the first responsible for the Muslim city of Hamtramck.

Since then, support for the Muslim community has grown in the city.

In 2017, when the Trump administration imposed the entry ban, residents rallied to protest.

“In a way, it mobilized and united a lot of people because everyone knows that in order to live in Hamtramck you have to respect others,” said Razi Jafri, co-director of the documentary film “Hamtramck, USA” .

On Election Day in Hamtramck this month, dozens of residents gathered outside a polling station to greet each other, many showing off their Election Day memento, the “I Voted” sticker.

Immigrants were excited to participate in democracy, Ms. Jaczkowski said. “It’s a very American thing to be able to bring people together.”

But as in the rest of the country, intense cultural debates take place in the city.

In June, when the city government approved the display of a gay pride flag in front of city hall, some residents were enraged. Several pride flags hanging outside businesses and private homes were demolished, including one outside a vintage downtown clothing store owned by Ms Majewski. â€œIt sends a really alarming message to people,â€ she said.

Marijuana has also become a source of controversy. The opening of three dispensaries in Hamtramck aroused the consternation of some members of the Muslim and Polish-Catholic communities.

Other residents are concerned about the lack of political participation of women in conservative Muslim communities.

On election night, Mr. Ghalib, the mayor-elect, was surrounded by a jubilant Yemeni-American crowd at a post-election party serving baklava and kebabs. Over 100 supporters were there, all men.

Women have participated in his campaign, Mr. Ghalib said, but gender segregation remains traditional, even though it is challenged by younger generations who have become more “Americanized,” he said.

Hamtramck also faces challenges common to Rust Belt towns, from dilapidated infrastructure to limited economic opportunities. Heavy summer rains overwhelmed the city’s sewers and flooded many homes. High levels of lead have been found in city drinking water samples, gaining national attention. Almost half of the city is below the poverty line. These are just a few of the pressing issues facing the new city leadership.

“What does democracy look like in a predominantly Muslim city? Like everywhere else, messy and complicated,” documentary maker M. Jafri said, “So when the novelty wears off, the job has to be done.”

Faith, prayer and work lead the parishioners of Saint Benedict on their last journey to the new church