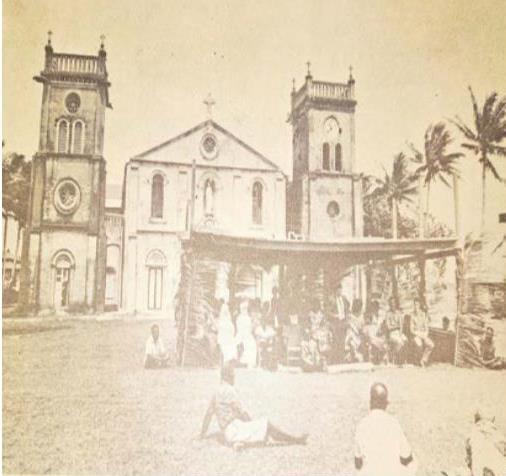 The festival helps fund the repair work of the church

One of the emblematic churches of the Rewa Delta is the parish of Naililili.

The church was built in 1901 and a festival was held to raise funds for the repair work on the church.

On October 13, 1975, the Fiji Times reported on the opening of the Adi Naililili festival.

The festival was opened by one Rosi Kado, and he donated $ 222 towards the festival funds, according to the report.

Other festival-goers have started to donate generously to help with repairs to the Rewa Roman Catholic
Church.

The chair of the Naililili festival committee was Epeli Mataitini and he said they hoped to raise around $ 5,000.

This money would then be used for a major repairs program of $ 16,000.

Mr Mataitini said that whenever there was a flood in the village, the foundations of the church were covered with water which seeped through the interior walls and loosened the plastic from the walls.

Mr Mataitini said repairs to the walls would take a long time due to the expense involved.

The front exterior wall of the church had been repaired, but the roofing work had to be completed before the chipping plaster issue could be tackled.

The first priest of this iconic church was Father Paul Coquereau, who had worked at the Naililili Catholic mission for 14 years.

He said the beauty of the old church was still very apparent, although it was in urgent need of repairs.

It was built in 1901 and the first priest in the church to work for the mission was a French Marist priest, Father Rougier Emmanuel.

Mr Mataitini said it was the largest Roman Catholic church in Fiji.

Elders of the village said that before it was built, the people of Wairiki on Taveuni boasted of having the largest church.

This sparked a competitive interest among the residents of Rewa, who immediately sent a man to measure the church, then built a slightly larger one.

Year of the pilgrimage of Saint Joseph: Hawaiian style