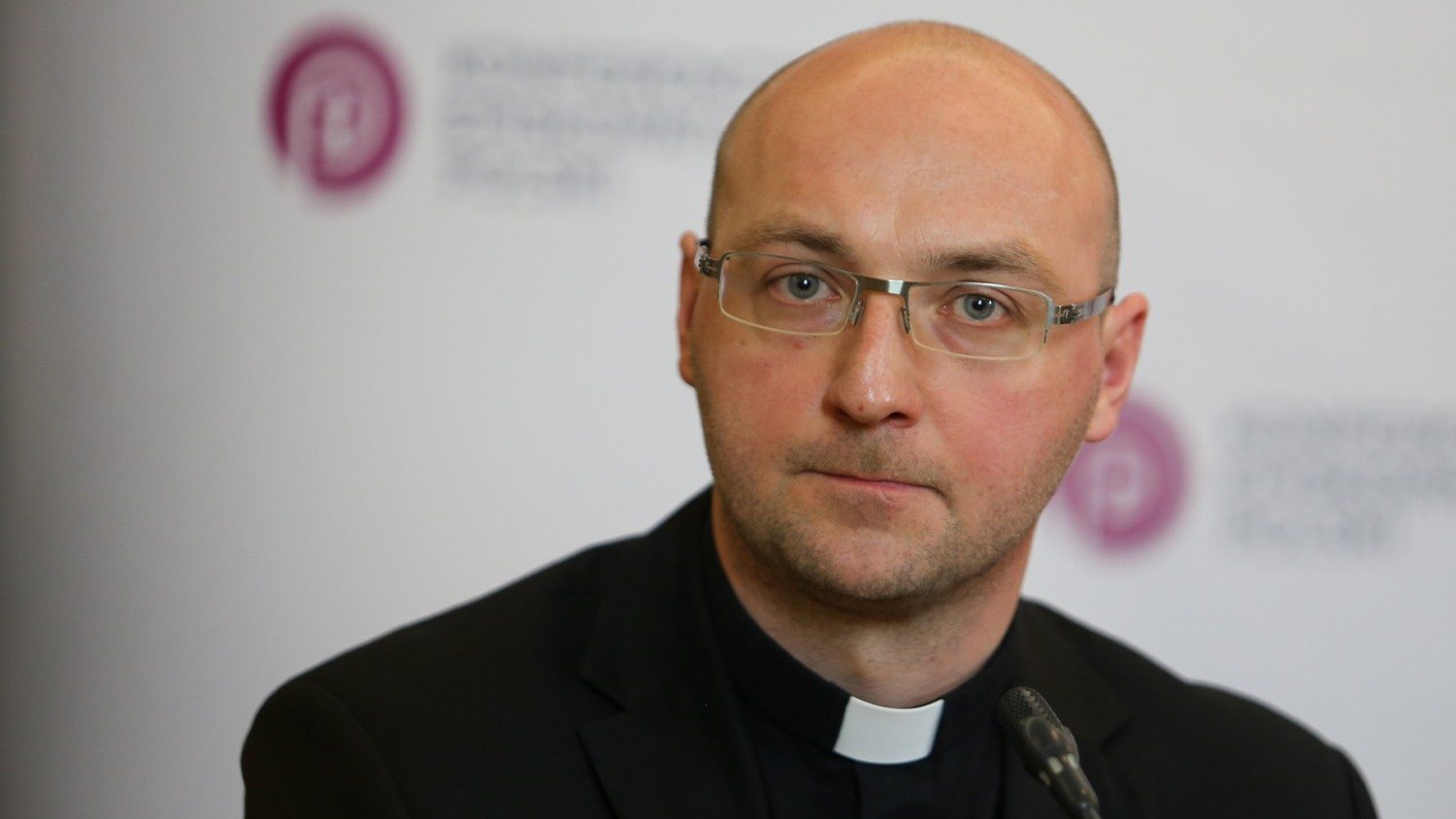 The Church in Poland and the protection of minors: from the reckless to the informed

The Church and Polish society were not prepared to face the crisis caused by the sexual abuse of minors. Negative reactions first prevailed. In recent years, thanks to journalists and clear guidelines from the Holy See, the Church in Poland has learned to create an integrated structure for the protection of minors and support for victims.

The Church in Poland entered the 21st century proud of herself, appreciating the success she had achieved. These feelings were motivated by the past and more recent history of Poland. Until 1918, the Polish state had disappeared, divided by neighboring powers for a good 123 years. For the Polish people, the Catholic Church had been a bulwark of freedom and had contributed to the survival of the language, the culture and even their hope for independence. The heroic deeds accomplished by many Catholic priests and lay faithful were not lacking in the post-World War II period. After 1945, when Poland fell under the influence of the Soviet Union, the Church was close to the people, seeking to preserve their autonomy and fighting for dignity and human rights.

It is in this context that Karol WojtyÅ‚a – Pape Saint John Paul II – was brought up. His pilgrimages to Poland contributed to the spiritual awakening of his compatriots, stimulating the growth of a sense of national unity and strengthening the role of the Church in the life of Polish society. In Europe, a process of secularization had been going on for many decades. However, Poland remains a country where the number of baptized constitutes more than 90% of the population. Half of them were practicing Catholics, and the seminaries were filled with candidates for the priesthood. The moral authority of the priest was indisputable in Polish society.

This legitimate sense of achievement and pride made it difficult to face honestly the abuse of minors committed by members of the clergy. In fact, it was difficult to admit, to grasp that such terrible crimes against minors could have occurred in the same Church. Consequently, the first reports of the sexual abuse of minors by members of the clergy produced an instinctive defensive reaction among priests and laity in Poland. It has been interpreted as an attack on the enemy – the media – and the umpteenth expression of a fight against the Church, too well known under communism.

Reports on the two Polish priests working in the Dominican Republic (the apostolic nuncio and a missionary, accused of sexually assaulting a minor in 2013) dealt a terrible blow. The documentaries posted on YouTube by the Sekielski brothers, on the other hand, were a real earthquake (â€œTell no Oneâ€, 2019; â€œPlaying Hide and Seekâ€, 2020). Today, it must be honestly recognized that journalists have contributed a fundamental element which mobilized the Church in Poland to face the issue.

No less important have been the actions of the Holy See and other transformations that have taken place in the Catholic Church that have influenced the Church’s approach in Poland to the sexual abuse of minors. One example is the story of the publication of the document defining the rules governing the diocesan process to be followed in Poland when priests have been accused of sexual abuse. The first edition of the document was approved by the Polish Bishops’ Conference in 2009. However, it has been kept confidential and has not been made public. It was only in response to the recommendation of the Congregation for the Doctrine of the Faith in 2011 that the Polish Bishops’ Conference adopted and published two documents in 2014 which, to this day, chart the way forward for the Church in Poland.

A second example concerns the persons responsible for the protection of minors responsible for receiving reports. Even though people had been appointed to these posts by bishops and superiors general of religious institutes in late 2014, in the years that followed, information about how to contact them had still not been published on official websites. many dioceses and religious institutes. The publication of this information did not become widespread until 2019 with the publication of Pope Francis’ Motu proprio. Your lux mundi estates.

Towards the end of 2018, the Polish Bishops’ Conference (KEP) decided to complete the first statistical analysis started in 2014. The report, covering the period from January 1, 1990 to June 30, 2018, published in March 2019 that 382 diocesan and religious priests had been accused of sexual abuse of children under the age of 18. He also revealed that from 1950 to mid-2018, the Church knew that at least 661 minors had been sexually abused. In addition, the report showed that the number of reported cases has increased over the years. But, the real wave of revelations was manifested in a successive report published in June 2021. During the 2 Â½ period under review (July 1, 2018 – December 31, 2020) 368 reports had been received against 292 diocesan priests and religious concerning of events that took place between 1958-2020.

Presenting the report, Monsignor Wojciech Polak, Primate of Poland and delegate of the Episcopal Conference for the Protection of Minors, spoke directly to the victims and the scandalized public of the evils that had been perpetrated in the Church, again begging their forgiveness. . One of the things he said was: â€œListening to the stories of people who have been traumatized by the sexual abuse perpetrated by religious and diocesan priests, on the one hand, we feel shame, pain and pain. immense compassion. On the other hand, we are grateful and we express our respect for those who have decided to speak out against the harm they have suffered by revealing their own traumatic stories, often after many years â€.

A support system under construction

“The investigation also shows that the Church, in which these evils had once occurred, has now become a place of listening and support, which seeks truth and justice”, added the Polish archbishop.

The Polish Bishops’ Conference established an office for the protection of minors in 2013 and appointed Father Adam Å»ak SJ as the first coordinator. Thanks to the projects he initiated, the Church has succeeded in developing a structure, both at local and national level, for the protection of minors and to provide assistance to victims of sexual abuse. The structures at the local level are essential because they are active in the dioceses and in the provinces of religious institutes. These structures include:

(2) 70 pastors whose duty is to offer pastoral help and spiritual support to the victims, their families and communities affected by the scandal, and to collaborate in the preparation of the annual day of prayer and penance for the sin of sexuality. abuse of minors;

(3) 86 curators who accompany the accused priest so that he understands and observes the prescribed restrictions and, in the event of a possible conviction, they help him to change his way of life so that he does not injure anyone from other;

(4) Other people responsible for prevention.

These local structures are supported, strengthened, monitored and developed at the national level, made up of:

(1) Delegate to the Episcopal Conference for the Protection of Minors (since March 2019, Bishop Wojciech Polak, Primate of Poland), responsible for canonical, legal, organizational and communication aspects;

(2) Coordinator of the Episcopal Conference for the Protection of Minors (since June 2013, Father Adam Å»ak SJ), who oversees the aforementioned structures in place;

(3) The Saint Joseph Foundation, created in October 2019, and financed by annual contributions from priests and bishops in order to provide financial assistance to victims of sexual abuse, as well as to support the structures in place;

(4) The Child Protection Center, founded in March 2014 at the Ignatianum Academy in Krakow, supports the structures in place for the protection of minors through educational, scientific and preventive activities with the aim of creating environments safe for minors.

Recently, the Church in Poland has started to implement the Motu proprio Your lux mundi estates, promulgated by Pope Francis. Since its entry into force, more than 12 processes have been launched, examining the response of various Polish bishops to the reports received concerning sexual abuse. Twelve of these processes have already been closed, 11 of which resulted in confirmation of the bishop’s negligence, with the bishops receiving criminal penalties. Charges in one case have been dismissed, while other proceedings are still pending.

As painful and difficult for the Church in Poland, the purification process is moving forward. Many people feel offended, not only because of the harm that has been done, but – often more so – because of the approach taken by Church leaders. It is only by affirming the truth, seeking justice, and taking responsibility for all crimes and negligence in the Church’s response, that the Church in Poland can stop the process by which her trust and her credibility has been lost.

Biographies: Marta Titaniec – President of the Board of Trustees of the St. Joseph Foundation of the Polish Bishops’ Conference, co-founder of the â€œHurt in the Churchâ€ initiative [Zranieni w KoÅ›ciele], a helpline for people affected by sexual violence in the Church.

The “narcotic jihad” and the delusions of the Catholic Church