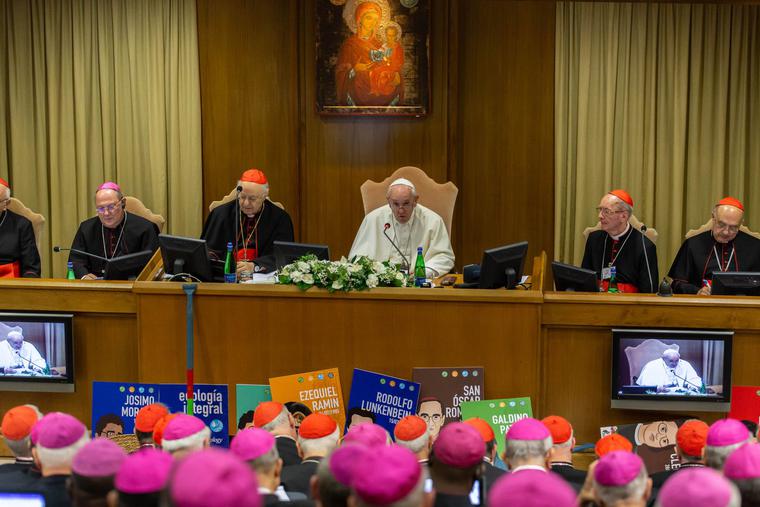 COMMENT: The planetary process leading up to the 2023 Synod faces two major challenges before it begins.

Six weeks before the start of the Catholic Church-wide consultations for the 2023 Synod on Synodality, the Vatican issued a vade mecum, or “manual”, which will guide a process supposed to occupy every diocese of the world from October 2021 to April 2022.

The most massive series of meetings ever in the history of the Catholic Church was announced just four months ago, between the third and fourth waves of the coronavirus pandemic in many parts of the world.

It is an ambitious project, which aims to be a â€œparticipatory and inclusive ecclesial process that offers everyone – especially those who, for various reasons, find themselves on the margins – the possibility of expressing themselves and being heard. in order to contribute to the building up of the People of God.

The process suffers from two main challenges before it begins: credibility and practicality.

Recent synods have had a credibility problem with the way the consultations were conducted. For example, the 2014 and 2015 Synods on the Family seemed to exclude certain views among the participants – views that were the Church’s masterful teaching.

During the 2018 Youth Synod, Cardinal Oswald Gracias, one of the Holy Father’s closest advisers on the â€œcouncil of cardinalsâ€, admitted that the emphasis in the draft report on â€œsynodalityâ€ and â€œdiscernmentâ€ was not what the synod fathers discussed, but had been inserted by the synod directors.

The planetary process of Synod 2023 requires that each diocese, after six months of consultative sessions, submit a 10-page report, summarizing the findings. The rather short page limit is a matter of convenience; if each diocese in the United States submitted a report, that alone would amount to nearly 2,000 pages. All of this paper will be chewed up by the National Episcopal Conferences, which will meet in Continental Conferences to mass the mass of material into a final report that will be delivered to Rome. The synod secretariat will then produce its own preparatory document for the 2023 synod.

With the enormity of the paper generated, it will necessarily be up to the Rome editorial team to select the themes that will be put forward, just as was the case at recent synods. Will the result be any different this time around, even though the process has been inflated to elephantine proportions?

It would seem like a great waste of resources if the end product were imposed by the synod secretariat, as has happened before.

Some wealthy local churches may be able to mobilize the resources needed to start the process. The vade mecum specifies that consultations should not have the character of a political meeting or a local democracy. They must be authentic ecclesial meetings which leave a large place for the action of the Holy Spirit. There should be common prayer and a period of formative scripture listening.

Concretely, this means a time during which trust between the participants can be established and a training process followed. Holding an open forum in the basement of the church where parents list the reasons their children are no longer practicing the faith is not what the Vatican has in mind.

The Vatican may not really expect what it has in mind to happen. No one had heard of the idea 120 days ago, when it was first announced, and official guidance arrives less than 60 days before launch. Most sacramental preparation classes are prepared in more depth than this.

The coincidence of the planetary process with the pandemic further aggravates the practical difficulties.

In many places, the obligation of Sunday Mass is suspended because it is considered potentially dangerous for many to come to Mass at that time. Consultative meetings would require closer, longer, and more potentially infectious contact than is usually the case at Mass, especially for the elderly and the infirm. Will there be room for them, or will they zoom in?

A few weeks before the planetary launch, very few dioceses have announced their plans for the local phase, which will end next April. The American bishops have announced a national counselor at the bishops’ conference, but at best this can be a resource person. The local churches will have to do the work themselves. Or, depending on the case, don’t do it at all.