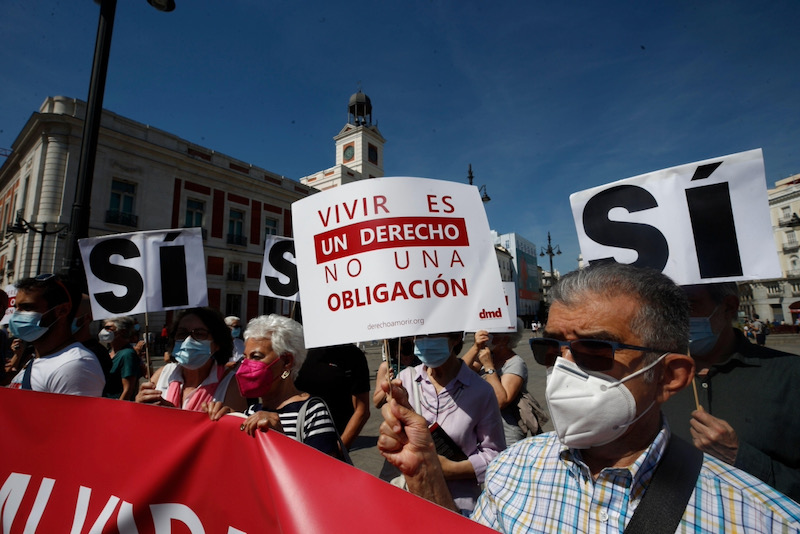 Spanish Church leaders lamented a new law making their country the fifth in Europe to allow active euthanasia and demanded that health workers have the right to opt out.

â€œCausing death can never provide a solution to the problems of suffering. We now need a strong movement to protect life, â€said Bishop Luis Arguello, secretary general and spokesperson for the Episcopal Conference based in Madrid. “The conscientious objection of health workers not wishing to participate in this process should also be respected, while anyone entering a medical facility should be assured that this is a place where personal care is exercised. . “

The bishop was reacting to the organic law regulating euthanasia, tabled by the Socialist Party of Prime Minister Pedro Sanchez and his far-left coalition partner Unidas Podemos, which entered into force in June.

He told a press conference that the Spanish Catholic Church had made its position clear on the controversial measure, which would put “additional pressure” on patients “seeing themselves as a burden on their families.”

Meanwhile, another bishop said the Church will now step up a campaign, launched in January, to persuade citizens to sign living wills, thus protecting themselves from being unintentionally killed.

“Our wish to receive help in the last moments of life will be included, as well as the presence of a priest to administer the sacraments,” Bishop JosÃ© Munilla of San Sebastian told Spanish Catholic Radio Radio Maria this weekend. â€œBeyond affirming our position in favor of palliative care and against euthanasia, this living room will be of great help in facilitating the spiritual accompaniment of the patient.

The law, enacted in March by 202 votes to 141 in the Spanish Cortes, allows a family member or doctor to sign a petition for euthanasia when a patient is incapacitated, and will apply to citizens Spaniards medically proven to be facing a chronic and incurable disease, which must be killed within 40 days of a certified and repeated request.

Speaking after its adoption in March, Pedro Sanchez pledged that the law would make Spain “a more humane, fairer and freer country”. However, the measure was deplored by Cardinal Carlos Osoro of Madrid as a “terrible moral break”, and deplored by the Episcopal Conference, which warned in a March statement that “euthanasia is still a form of murder because it means that a person is involved in the death of another â€.

The Catholic Church represents 62% of Spain’s 47 million inhabitants, according to 2020 data. The Church has also criticized the current government-backed legislation to secularize education and facilitate funded abortion. State, as well as plans by local councils to remove Catholic crosses and monuments from public places.

In a statement last week, the country’s Catholic medical organizations, including the National Lares Federation, pledged to resist the law as “contempt for human dignity,” while right-wing Partido Popular and Vox parties declared that they would continue to request a constitutional arbitration against him. Spain’s Associations for Life, Liberty and Dignity, which unite 140 civil society groups, said they were also seeking support for counter-legislation to expand palliative care.

Spanish media said the new measure was modeled on existing laws in the Netherlands, Belgium, Luxembourg and Switzerland, which allow euthanasia alongside Canada, Colombia and parts of Australia. and the United States. Parallel legislation allowing euthanasia and assisted suicide in neighboring Portugal was blocked by a presidential veto in February, while a bill on assisted suicide was also tabled in January by center-left parliamentarians in Germany .

Vice Governor of Kwara urges churches to pray for Nigeria