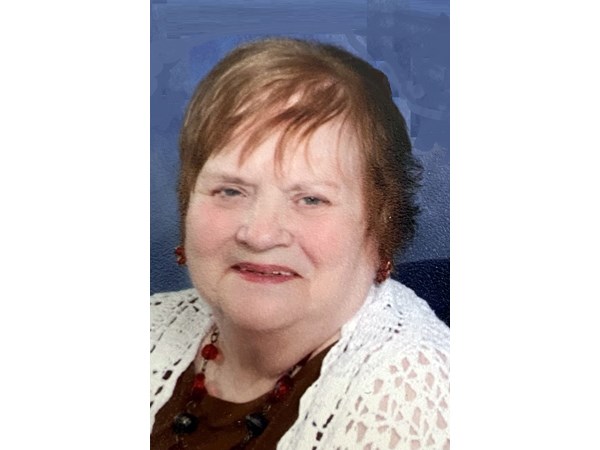 A Christian funeral mass will be held at 11 a.m. on Saturday, November 27, 2021 at St. Patrick’s Catholic Church. Visitations will be from 10:00 a.m. to 11:00 a.m. at the church. Interment will take place in Fairlawn Cemetery after mass.

Sharon was born June 6, 1939 in Detroit, MI, daughter of Harry Rice Stewart and Vera (York) Stewart. She married Werner Thurman in Mount Clemons, MI, in 1957; he preceded her in death. She married David S. Johnston on February 3, 1973, at Selfridge Air Force Base in Michigan.

Sharon was a loving wife, mother, grandmother and aunt, whose example of quiet courage and indomitable spirit in the face of great physical challenges served as an inspiration to all who knew her. As the wife of a career military officer, she served alongside her husband at posts and stations across the country, repeatedly interrupting her own career as the service demanded.

His professional life has ranged from assisting Ford Motor Company with the interior design of the original Ford Mustang in the early 1960s, to managing the military officers club in the early 1970s, to the database administrator. with advanced technical enterprises in the late 70s, to medical records. management in the 1980s. Her last job, at the Decatur Public Library, was cut short when multiple sclerosis finally confined her to a wheelchair in the mid-1990s.

As a military’s wife, she has been active in supporting the families of deployed military personnel, an activist responsible for several changes made to official military policies to improve the lot of those who have also served our country in waiting at home for their soldier to return. .

Sharon first attended Michigan State University and continued her education at the University of Texas (El Paso) and other institutions depending on the vagaries of military service. His great talent as a painter made the happiness of his relatives. A gifted chef and hostess, she enjoyed hosting people at home, to the point that her illness no longer allowed her to.

Sharon is survived by her 48-year-old husband David Johnston; children from his first marriage, daughters: Tarri and Carri Thurman of Homer, AK; daughter, Parri, of Battle Creek, MI; son, Stewart, of Detroit; and by his son, William V. Johnston and his beloved daughter-in-law, Megan, of Houston, TX; by her beloved granddaughter, Aurora Johnston, of Urbana, IL; by her sister, Tani Stewart, of San Diego and Seattle; and by many nieces, nephews, grandchildren and great-grandchildren, scattered across the country, whose lives she touched in a special way, with her example of loving and selfless courage in the face of prolonged pain and patient acceptance of talent removed too soon.

Condolences and memories can be shared with the family in the care of Brintlinger and Earl Funeral Homes at www.brintlingerandearl.com.

In lieu of flowers, those who wish to honor Sharon’s life can do so by donating on her behalf to St. James and St. Patrick Parish, Decatur, or St. Jude Children’s Research Hospital in Memphis, TN.

What’s on the U.S. Postal Service Christmas stamps this year?