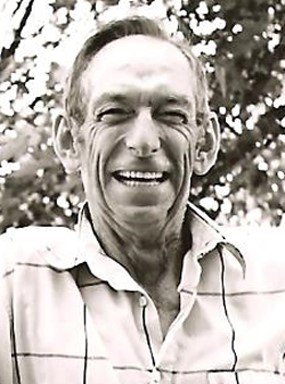 MOUNT HOREB – Richard Leonard Keller, 87, of Mount Horeb, died on Friday, September 17, 2021 at Sage Meadow in Middleton, surrounded by his family after a long journey with dementia.

He lived in the house where he was born and spent his life farming the land in the town of Perry, which was settled by his great-grandfather Simon in 1855. He was born on June 30, 1934 in the township from Perry, near Mount Horeb. , to Francis “Frank” and Elizabeth (Meier) Keller.

He married Lois Patterson on October 1, 1960, at St. Joseph’s Catholic Church in Argyle, Wisconsin. Together, they had three children: Michael, Teresa and Patrick. They have been married for 40 years.

Richard was a very involved and active member of the Holy Redeemer Catholic Church in Perry Township as a reader, commentator and usher. He was also a proud member of the Catholic Knights, the Knights of Columbus, a third degree member of Father Ignatius Kline Council 10559 and Bishop O’Connor’s assembly of the fourth degree 1200. He served as Grand Knight and received the Medallion Award in 2015.

Richard served as president of the Municipality of Perry Township for six years. He has also been an active member who held various positions on numerous agricultural boards and committees, including Associated Milk Producers Inc. (AMPI), Wisconsin Farmer’s Union, Grange and 4-H, and he organized tours to the World Dairy Expo. He loved to cultivate and take care of the land and the animals. He was an avowed steward of the land, leaving the world a better place for future generations.

She was a caring, supportive and patient person, always attentive. He would often say, “God gave you two ears and one mouth for a reason: to listen more than to speak.” He was the best dad and grandpa. He really enjoyed watching his grandchildren grow up and get involved in their lives.

He was predeceased by his wife of 40 years, Lois (Patterson) Keller in August 2001; his parents, Frank and Elizabeth (Meier) Keller; and his siblings, Mary Susan, Donald and John Keller.

Due to COVID-19, a private Christian burial mass will be held. A public visit will be held at GUNDERSON CAMACHO FUNERAL AND CREMATION CARE, 500 N. Eighth St., Mount Horeb, on Tuesday, September 21, 2021, followed by a Catholic Rosary.

Briefs can be made at Agrace HospiceCare, Dementia Society or Holy Redeemer Catholic Church. Online condolences can be presented at www.gundersonfh.com.

Many religious leaders say no to approval of vaccine exemptions