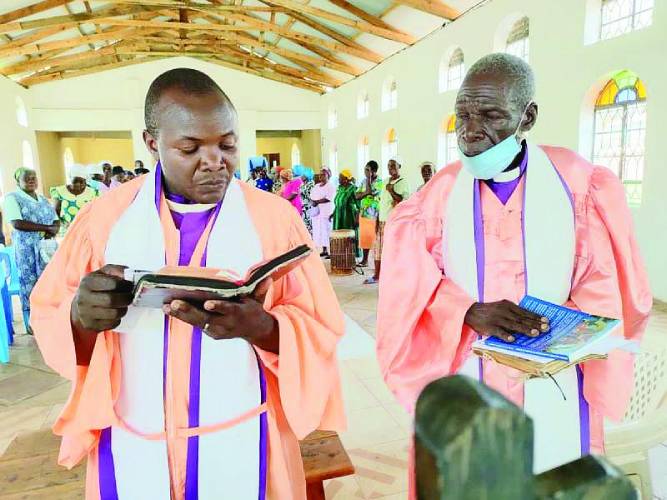 Reverends pray for thieves who steal offerings and poop in churches

Vihiga County church leaders have warned a group of thieves who defecate in churches to repent.

They were responding to rampant cases of people breaking into churches and relieving themselves inside.

On Tuesday, worshipers from the Church of God Mumbita showed up for morning devotion, but were shocked to find the church open and defiled.

As they began to take an inventory of items in the church, one came across human excrement.

The burglars had relieved themselves in the senior pastor’s office after ransacking the premises on Sunday evening.

Mary Odeko, a church pastor, said looting and defecation in churches was unfortunate and unacceptable.

â€œI was informed of the burglary of our church, and to add insult to injury, the burglars defiled our place of worship. We ask God to forgive them and to change their ways, â€she said.

Then thieves stole 40 liters of paint, among other things, according to the pastor.

â€œThere was no sign of the break-in. Inside the church there was human waste, the remains of burnt cigarettes and a projector, â€Pastor Odeko said.

A cleansing ceremony was held by worshipers on Tuesday, during which pastors prayed for the culprits.

â€œWe contacted the head office and reported the incident before deciding to hold a prayer session and rededicate the church to God,â€ Odeko said.

â€œThis act is a pure curse. Those involved should come out clean and ask God for mercy, â€Reverend Muyela said.

It was not the first time that poo was discovered in the churches of Vihiga.

Three churches in Mwibona, Luanda, including the Church of God in Wemilabi, were also broken into and criminals stole property worth thousands of shillings.

In August, a similar incident was reported to St Mark’s Anglican Church of Kenya (ACK), Emako Parish. Goods worth 150,000 shillings were stolen and thieves relieved themselves inside the church.

Joash Owila, head of the parish, called on the suspects to repent and warned them against breaking into churches.

â€œWe should pray for those young people who might use drugs such as bhang,â€ said Kennedy Omuterema, a resident of Luanda city.