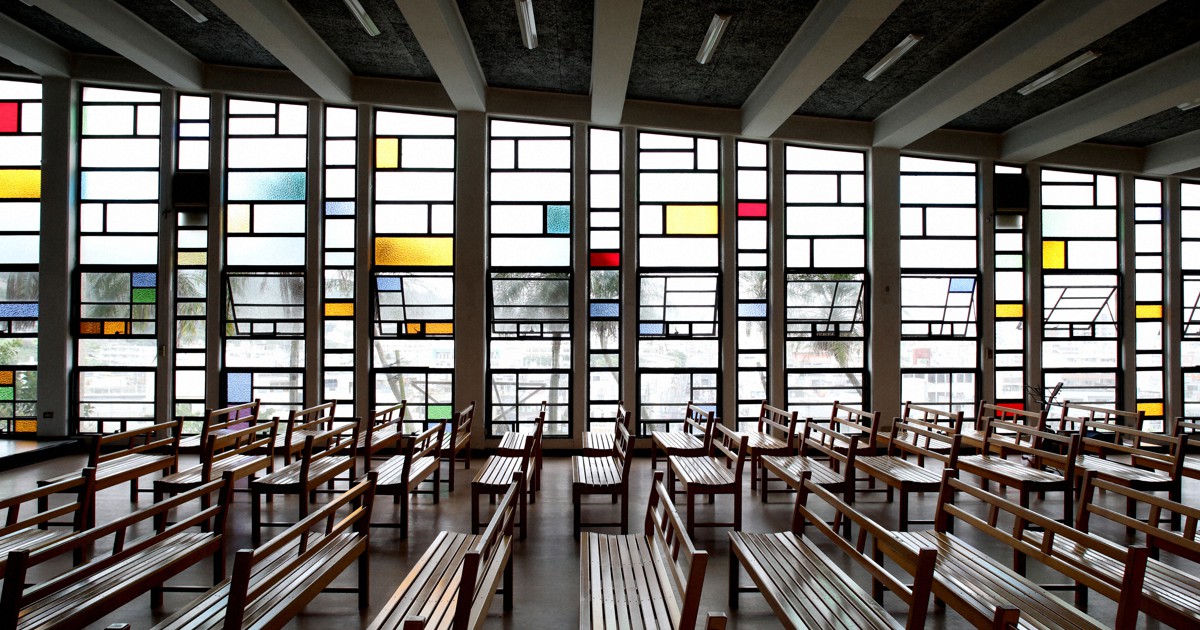 YONABARU, Okinawa – A post-war Catholic church on a hill in this southern Japanese city features a fusion of American and Okinawan designs.

Yonabaru Catholic Church, also known as St. Clara’s Church, in Yonabaru, Okinawa Prefecture, was built in 1958 on the initiative of Father Felix Ley, who came from the United States. At the time, Okinawa was being rebuilt after land battles near the end of the Pacific War. The church is said to have been designed by a major American architectural firm and Japanese-born architect Ken Kataoka. Many materials were provided free by the US military to build the church, and rectangular steel reinforcing bars, which were used in the US at the time, are still used as handrails in the church.

The asymmetrical design of the church is impressive. To the north is a large wall of stained glass and to the south is a hallway and courtyard. Sister Mutsuko Nakamura, 83, said, “Even though I have stayed here for many years, I never get tired of it because it is rich in subtle variations.”

The roof is sloping and is higher towards the altar, which makes those sitting in the back feel that the altar is closer than it actually is. Some walls are made of ornamental “hana blocks”, adding a touch of Okinawan.

Many tourists used to visit St. Clara’s Church at one time because its design and historical value had attracted attention, but now the sisters maintain the site as a quiet place of prayer.

The Japanese version of this article was originally published on January 30, 2022.

This series explores the architectural marvels of Japan and its secrets of yesteryear. Read more articles about retro Japan here.