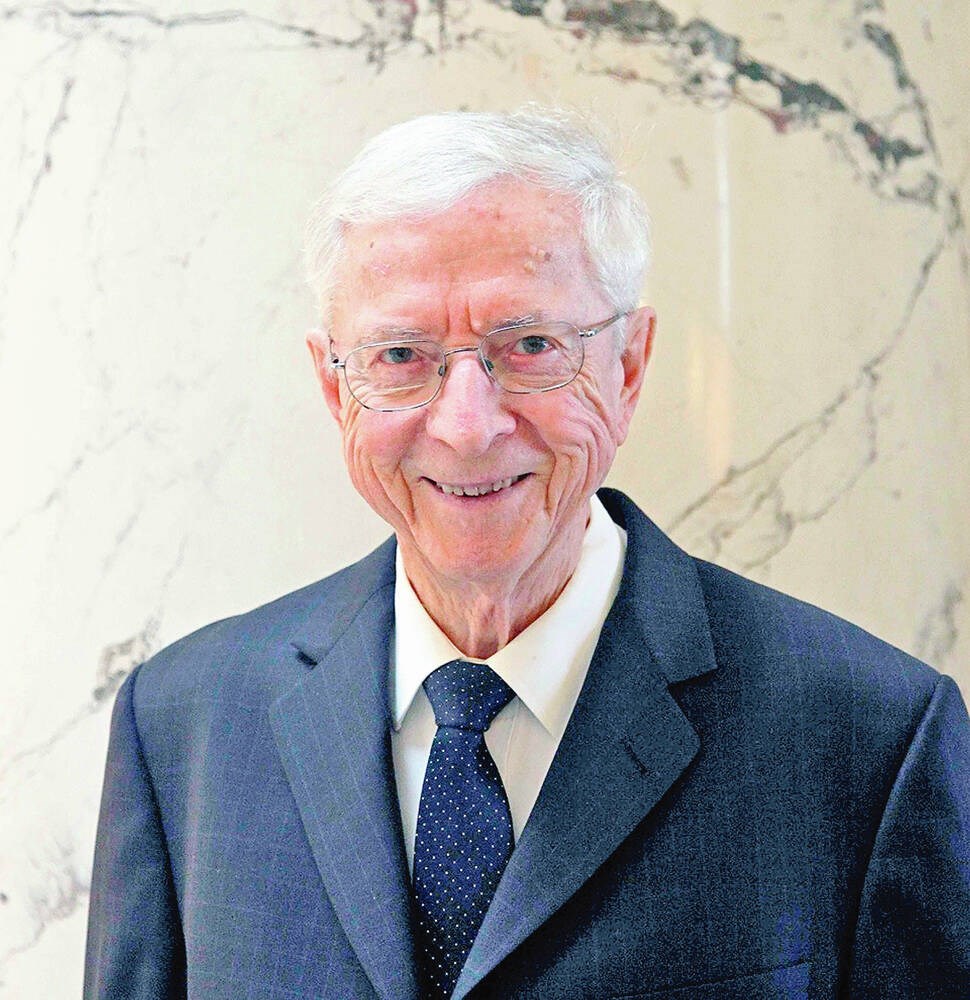 Rémi De Roo dies at 97; he was Bishop of Victoria

Social justice advocate dies aged 97. In 1962, he became the youngest Catholic bishop in the world.

Bishop Remi De Roo, the former Catholic Bishop of Victoria who was known as an advocate for social justice, died on Tuesday at the age of 97.

“He has become a driving force for change in the church. In fact, he was a prophetic figure, who advocated the extension of the church into the modern world.

Roche said De Roo was “first and foremost” someone who cared about others. “Remi De Roo was a figure who embraced much of the world in the sense of communicating a love of God and loving one’s neighbor as oneself. He was the embodiment of it. He was highly motivated to express loving concern for all with whom he dealt.

De Roo was born in Swan Lake, Manitoba on February 24, 1924, the second of nine children. He grew up in a deeply religious family on a farm during the Depression. His first language was Flemish, his second French, his third English.

At the age of 15, he began priesthood studies at Saint-Boniface Seminary in Winnipeg. During his first year, his mother visited him on his birthday, but she fell ill and died on his return trip.

“It’s been very formative in his whole experience,” said Patrick Jamieson, founding editor of the Island Catholic News, who has written three books on De Roo. “My feeling is that he took this as a sign to continue his studies. He stayed and became a priest and was ordained in 1950.”

De Roo was a priest for 12 years. In 1962, he became the youngest Catholic bishop in the world when he was appointed at the age of 38 by Pope John XXIII. De Roo spoke at the Second Vatican Council, from 1962 to 1965, and was the last surviving bishop to attend all four sessions.

An advocate of married Catholic priests and the ordination of women to the priesthood, he helped make contraception an issue at Vatican II and was seen as pro-birth control, Jamieson said.

For centuries the church was considered a pyramid with the pope at the top. The Second Vatican Council deliberately changed that, with the Church seen as a circle where everyone is equal, Roche said. “One of the documents of the Second Vatican Council specifically defined the Church as the people of God. And he took that very seriously and was able to establish a relationship with the people of the Diocese of Victoria. This report allowed him to communicate effectively. And his definition of communication was two-way. It was about listening as much as talking.

De Roo was critical of government policies that made it difficult for the poor to climb out of poverty. In the 1980s, he criticized then-Prime Minister Pierre Elliott Trudeau for Canada’s high unemployment rate. “He championed economic justice in public policymaking, which made him somewhat controversial. But he was brave,” Roche said.

For a time, De Roo chaired the social justice committee of the Canadian Conference of Catholic Bishops.

De Roo retired in 1999 at the mandatory retirement age of 75.

His 37 years as Bishop of Victoria were marred by a complex financial situation involving a land investment in Lacey, Washington. A few months after De Roo’s retirement in 1999, his successor, Bishop Raymond Roussin, accused him of financial mismanagement.

De Roo publicly apologized. The diocese eventually raised C$13 million from parishioners to pay the debt. The case dragged on, and in 2005 De Roo was exonerated by a Washington state jury, Jamieson said.

Roche said that if you asked De Roo how he was, he would say, “I’m a listener.”

“In a bishop, this is a remarkable characteristic. He knew how to put himself in the shoes of the people he was with. He was very sensitive to the human condition.

The two men had been friends for 60 years, close professionally and personally. They published two books — From man to man: a candid conversation between a layman and a bishop in 1962 and In the eye of the catholic storm with Sister Mary Jo Leddy in 1992.

“I said I probably won’t see him again. It had been declining for some time.

The former senator considers De Roo to be one of the great bishops in the history of the Catholic Church in Canada.

“He will be considered by future historians as an imposing figure who supported the vision of openness to the world of the Second Vatican Council. He reached out to all the most vulnerable.

De Roo was a great ecumenical leader with many friends in the Anglican and United churches. He was also honored by Indigenous peoples, Roche said.

Preparations are underway for his funeral at St. Andrew’s Cathedral in Victoria.