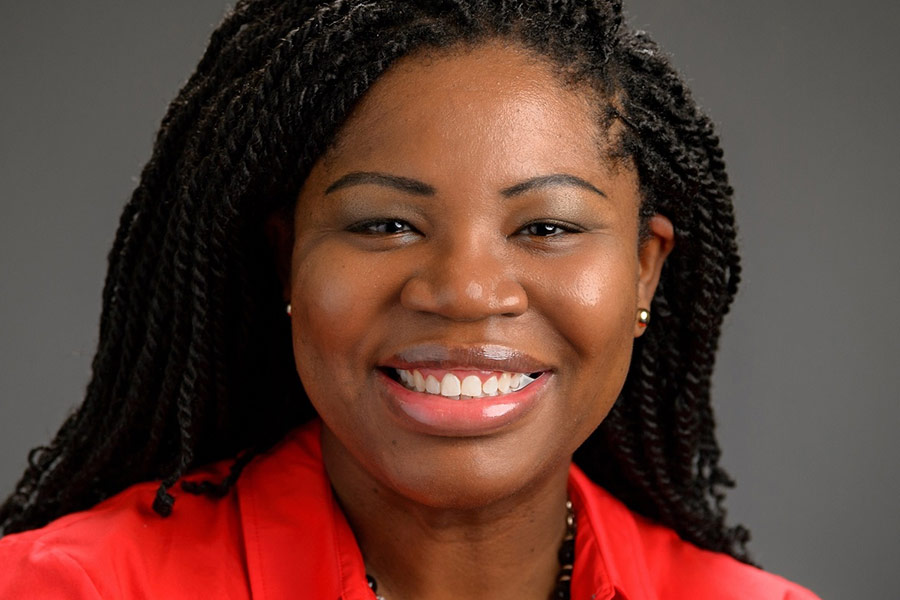 Remembering the life of a beloved black nun, chef and friend

2021 has seen the deaths of some of the most important leaders, thinkers, writers and freedom fighters of the modern era.

Among the deceased moral and educational giants of the Catholic Church was Sister Mary Greta Jupiter, 73.

The devastation caused by Hurricane Ida delayed his funeral and burial. But on September 15, the Sisters of the Holy Family of New Orleans buried their former head of the congregation in historic St. Louis Cemetery No. 2.

The death of Sister Jupiter on August 28 marked another irreplaceable loss in the church’s dwindling community of African-American nuns. Like everyone who knew Sister Greta and experienced her quiet glow and gentle kindness, I was devastated by her death.

Born Gwendolyn Mary Jupiter at Charity Hospital in New Orleans on September 20, 1947, Sister Greta was a birthplace Catholic and proud daughter of the city’s Lower Ninth Ward, where she grew up in the historically Black St. David’s Catholic Church. .

The fourth of eight children born to Ulysses Pere Jupiter, a Pullman porter who became the owner of a gas station, and Imelda Oubre Jupiter, a part-time housewife and cook, Sister Greta was educated by her order in the St. Mary’s Academy. After graduating from high school in 1965, she entered the Sisters of the Holy Family, making her first vows in 1968 and her final vows in 1973.

During her distinguished career as a science educator and school principal, Sister Greta taught and directed her order’s Regina Caeli High School in Compton, Calif., And her alma mater, St. Mary’s Academy. From 1998 to 2002, she was Associate Superintendent of Schools for the Archdiocese of New Orleans.

Prior to being elected deputy head of her order’s congregation in 2010, Sister Greta played a leading role in preserving black-administered Catholic education after the destruction of Hurricane Katrina by founding the school MAX, which temporarily combined the city’s three Black Catholic high schools.

In 2014, Sister Greta assumed the leadership of the second oldest African American fellowship in the country and helped guide the community in their continued efforts to rebuild after Hurricane Katrina.

Those who knew Sister Greta would tell you that she never sought the spotlight or ambitiously pursued leadership roles. Yet she shone in these positions, leaving an indelible mark on the church and embodying a sense of servant leadership.

I first met Sister Greta in 2015 at the funeral mass for Father Cyprian Davis in St. Meinrad Archabbey, Indiana. I introduced myself as the historian writing the book on Black Nuns in the United States who visited her order’s archives in 2009.

A year later, Sister Greta, as a member of the Leadership Conference of Women Religious annual meeting planning committee, invited me to speak at the Atlanta gathering. Without his help, I’m not sure I could have made the connections and secured access to the archives needed to complete my book.

We met again in 2016 in New Orleans before Sister Greta was diagnosed with cancer. During my stay at the motherhouse of the Holy Family, I finally interviewed her. Afterwards, she took me to dinner and to visit her beloved Lower Ninth Ward. Along the way, I have witnessed what I consider the most important dimension of Sister Greta’s moral leadership.

On the way to the restaurant, Sister Greta and I saw a man attempting to force a screaming and resistant teenage girl into his car.

Without hesitation, Sister Greta, who was wearing her veil, stopped her vehicle and prepared for action. I quickly searched the car for something with which to fight the girl’s alleged assailant and protect Sister Greta, if necessary.

While the situation was resolved without any violence, I still remember how much Sister Greta’s bravery and her unwavering desire to help this child encouraged me to act as well.

Sister Greta never used the word feminist or woman to describe herself in our conversations. Yet, faced with a potential attack on a girl from New Orleans, Sister Greta didn’t hesitate to step in and protect her, and I never forgot her.

As the 21st century progresses, it pains me that the church is losing the last generation of African American sisters who grew up during Jim Crow and fought to dismantle some of the most difficult racial and gender barriers. from the country.

These women carry the stories and loyalty of generations of black Catholics who escaped into their racially segregated, white-dominated church anyway.

Sister Greta’s instinct to stand up for black youth and innocence was firmly rooted in the intellectual, educational, and spiritual traditions of her historically African-American fellowship and their ministry to the most vulnerable in society.

When I last saw Sister Greta in 2018, shortly after her illness forced her to step down from congregation leadership, she was all smiles and encouraging. It is Sister Greta whom I will remember – fearless and gracious in the face of an uncertain future.

While there is a lot more to say about Sister Mary Greta Jupiter, at this time I want to be sure the church knows she existed and lived a tremendous life of service, leadership, and courage.

The Catholic Church is so much better because Sister Greta has answered God’s call, and I always remain grateful that I can count myself among those who are fortunate enough to have experienced a piece of his grace.

Prayers for peace at vigil in honor of Jania Tatum, 15, found shot dead at Tejas Park in Baytown