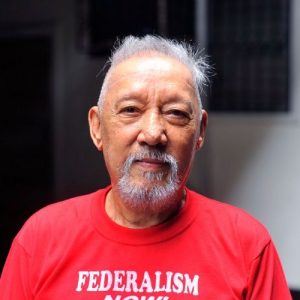 RANDOM THOUGHTS | Our Roman Catholic Church in the center of attention

â€œIN AD 320, Emperor Constantine made Christianity the religion of the (Roman) Reach, and from that time missionaries began to carry the gospel around the world. Thanks to their efforts, Christianity finally replaced the â€œmystery religionsâ€ of the Empire â€(Pat Robertsons,â€œ The New Millennium â€, 1940)

Since Rome in Italy is the center of the Empire, it made sense that the main seat of their official religion should also be based in its capital. This place is now known as the “Vatican”.

From then on, â€œChristianity spread throughout the Roman Empire and spread to northern Europe. It displaced some of the more primitive religious systems from the Tantomic tribes, and with the growth of Christianity came the education, culture, and the true enlightenment that inevitably comes from faithful worship of Jesus Christ, â€Robertson wrote.

By the way, the Roman Empire was the largest and most powerful empire ever created. It surpassed all other empires in this medieval era. However, it “collapsed under the weight of internal corruption.”

The Church of Rome became the most dominant political and spiritual force that replaced the Roman Empire as the center of power. Robertson related: Pope Leo the Great personally saved Rome from the attack of Atila the Hun in 452 and a similar fate at the hands of Generic, leader of the Vandalsin 455. The spiritual and temporal power of the Roman Church was completed on Christmas Day. in the year 800, Pope Leo III crowned Charlemagne as Holy Roman Emperor. This laid the foundation for the designation of Europe – and subsequently the European colonies of North and South America – as Christianity. “

The Byzantine Empire of Eastern Europe allied with the Christianized nations, thanks to the Roman Pope, formed what is known in history as the “Holy Alliance”. For a period of about a thousand years or a millennium – from 500 to 1500 years – across Europe, Christianity flourished. If I am not mistaken, this is what Saint Augustine called the â€œThousand Years of the Reign of our Lord Jesusâ€, mentioned in the Bible, where the Roman Catholic Church played a big role.

Return to Robertson: â€œThe Christian faith spread to Russia, where there were massive conversions around the year 1000. It spread to England, Ireland, France, Spain, Italy, Germany, Scandinavia and all the other continents of Europe. There was a religion, a cult, and Jesus Christ was the Lord of all spiritual and temporary lives.

â€œThe growth of the Church in power and in number continued until the division of the Roman and Greek churches at the beginning of the second millennium,â€ wrote one John F. Walvoord.

I don’t want to dwell further on what happened to our Roman Catholic Church which caused its decline after its “thousand golden years of existence”, lest I be misunderstood. Of course, it is common knowledge that a great Protestant Reformation led by a priest named Martin Luther broke out around the year 1500. Christianization of the Philippines began with the â€œwrong footâ€ – abuses by the Spanish brethren.

Clearly, the healing and renewal of our Roman Catholic Church is imperative for the good of the human race and our world. Vatican II of 1970 is the most authentic roadmap for this difficult task. Sad to say, there are members of our ecclesial hierarchy, most notably the traditional and conservative sector of our Roman Catholic Church, who are reluctant, to say the least, to pursue real reforms in our Church. May the light of God shine upon them for their enlightenment in this regard.

Our recently launched book titled “Healing Our Sick Society” to some extent primarily prescribes how to get back to the basic premise that our Lord Jesus Christ is a “peaceful revolutionary”. All Christians and Christian churches must truly imitate our Lord Jesus by living our faith and facing sins – personal and social – with boldness and passion in order to be successful. This is what the early Christians faithfully practiced in moving forward and spreading the Good News.

This is why we cry out, â€œYes to liberation theology. Yes to ecumenism, to interreligious dialogue and to real empowerment of the laity. Yes to peaceful activism. Yes to the authentic â€œChurch of the poorâ€ and to â€œthe preferential option for the poorâ€. Yes to distributive justice. Yes to sustainable development. Yes to lasting peace. Yes to real social transformation. And above all Yes to a vibrant holy Roman Catholic Church, which fights with passion and audacity for an authentic double liberation of our people and our nation!

â€œQuo Vadis Catholicism in the Philippinesâ€ is one of my articles in our recently launched book â€œHeal Our Sick Societyâ€. Read this book for more information on the subject.

Faith in Action: A Summer of Prayer and Service I Will Never Forget – Catholic Standard