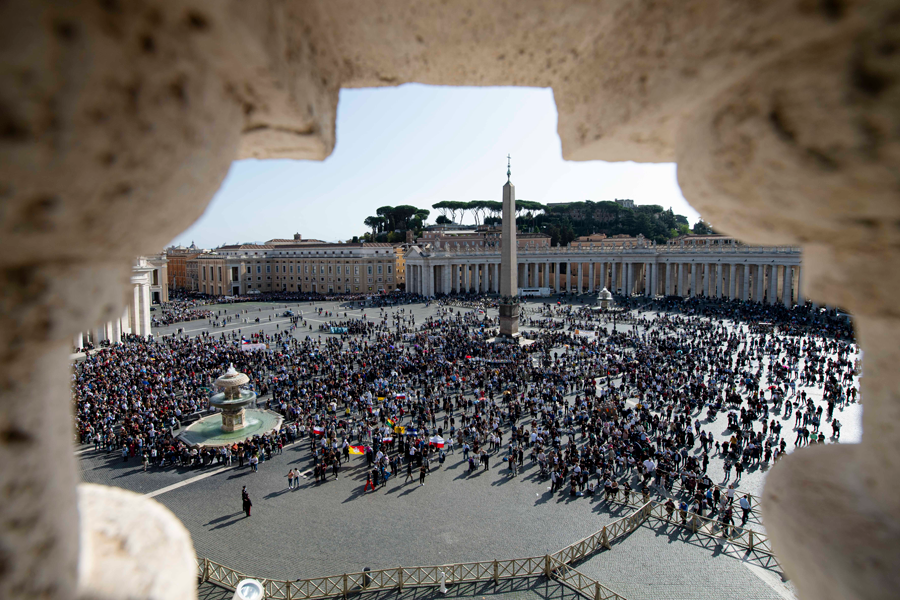 Pope: True faith known by sincerity of heart, not hypocrisy of appearances

VATICAN CITY (CNS) – Christians must strive for a sincere faith that seeks to serve others rather than exploiting the weakest for personal gain, Pope Francis said.

Addressing the pilgrims gathered in St. Peter’s Square on November 7 for his Sunday Angelus address, the Pope warned the faithful to be on their guard “against hypocrisy, which is a dangerous disease of the soul “.

â€œIt is a warning for all times and for all, church and society: never take advantage of a specific role to crush others, never make money off the backs of the weakest! he apologized.

After praying the Angelus prayer, the Pope expressed concern over the increase in violence in Ethiopia amid reports that rebels from the Tigray Defense Forces were approaching the outskirts of the country’s capital, Addis Ababa.

The conflict, which began in Tigray on November 4, 2020, has claimed thousands of lives and displaced more than a million people, destroying villages and towns.

“I invite everyone to pray for these people so hard hit and I renew my call so that fraternal harmony and the peaceful way of dialogue may prevail,” said the Pope.

The Pope also prayed for the victims of an oil tanker explosion in Freetown, Sierra Leone on November 5, which claimed the lives of more than 100 people.

In his keynote address, Pope Francis reflected on today’s Gospel reading in which Jesus warns a listening crowd to be weary of those seeking “seats of honor in synagogues and places of honor. ‘honor in banquets’.

Jesus’ warning to “beware of hypocrites” means to refrain from basing “our life on the worship of appearances, exteriors and exaggerated care of one’s own image,” he said.

Starting from his prepared remarks, the Pope said that this â€œugly attitudeâ€ can be observed today, even in the church, when some place themselves â€œabove the humble, exploiting them, beating them, (while) feeling perfect â€.

“This is the evil of clericalism,” he said.

In the Gospel, the Pope continued, Jesus also said that the actions of a poor widow who gave all she had to the temple treasury serves as a warning about exploiting the less fortunate, especially the less fortunate. within the church.

“How important it is to free the sacred from ties with money,” said the Pope.

The poor woman, he added, is a “teacher of the faith” because “she does not go to the temple to wash her conscience, she does not pray to be seen, she does not show her faith, but she gives on her part. heart generously and freely.

â€œLet’s learn from her,â€ Pope Francis said. â€œA faith without outward frills, but inwardly sincere; a faith composed of a humble love for God and for our brothers and sisters.

The joy of praying for others