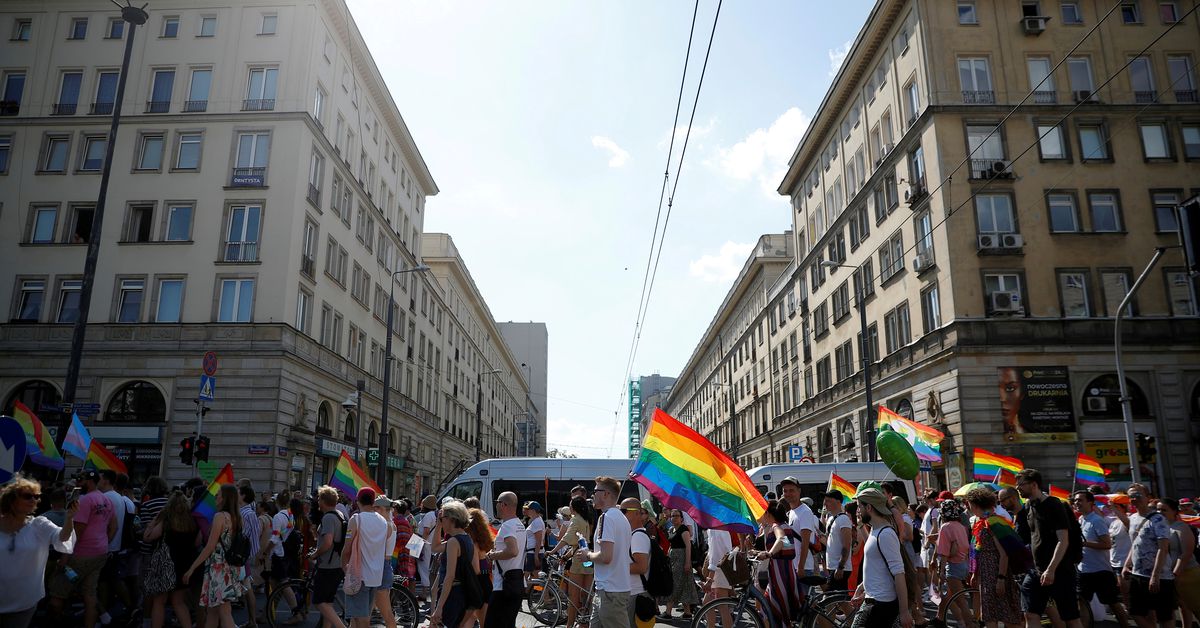 WARSAW, June 23 (Reuters) – Poland’s Education Minister said on Wednesday that a march for equal rights for LGBT people was an “insult to public morals” and asked whether participants were normal, provoking angry protests from the opposition.

Thousands of people joined last Saturday’s march in central Warsaw to call for an end to discrimination against lesbians, gays, bisexuals and transgender people, amid what activists say is an atmosphere increasingly hostile as politicians and Roman Catholic clergy attack what they call “LGBT ideology”.

“You saw the footage of the so-called equality parade, and it has nothing to do with equality,” Przemyslaw Czarnek told public news channel TVP Info.

“You saw some oddly dressed people, a man dressed like a woman, are they normal people in your opinion?”

He then clarified his remarks, saying he meant that their behavior, and not the participants themselves, was not normal.

Czarnek also rejected the idea that “inclusive language” should be used in schools.

â€œIn Polish schools the Polish language is compulsory, not just any inclusive language,â€ he said. “In Polish … satisfying sexual desire in a way different from the accepted norm is called perversion and deviation.”

His words were condemned by the opposition.

“The only language you know is the language of hate,” said Agnieszka Dziemianowicz-Bak, a member of the left group.

“Language that leads students, whom you should watch out for, commit suicide, self-harm,” she added.

The appointment of Czarnek, a conservative lecturer at a Catholic university, drew criticism last year from some quarters, with Poland’s chief rabbi and the Helsinki Foundation for Human Rights expressing concern in a statement regarding his views. on LGBT rights and on Polish Jews. the story.

The Education Ministry recently announced planned reforms, including strengthening the role of government-appointed school inspectors and changing student reading lists to include more patriotic texts and the works of the late Polish Pope. , John Paul II.

Hungary, a close ally of the ruling conservatives in Poland, last week approved a bill banning the dissemination of material in schools purported to promote homosexuality or gender change.