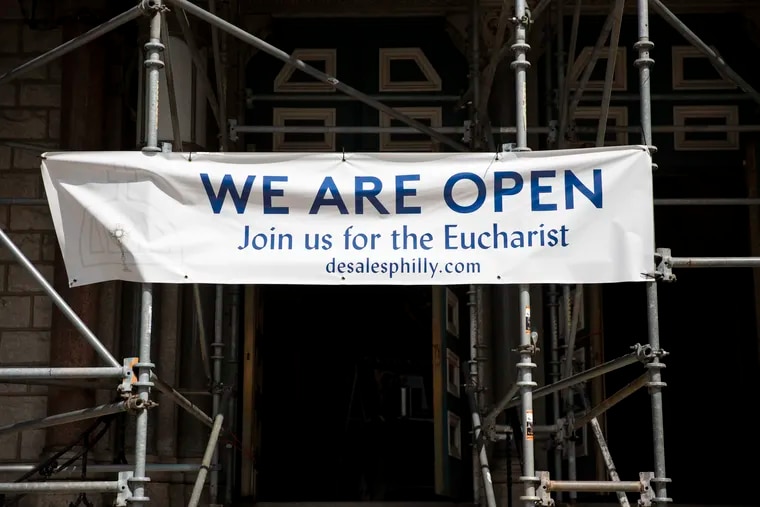 Local Catholics who came for mass on Sunday seemed happy that Archbishop of Philadelphia Nelson Pérez reinstated the religious obligation to attend mass in person from next month, ending a 16-month dispensation during the pandemic of coronavirus.

“I think he should have done it a long time ago,” said Nathan Hook, just before he and his fiancee, Jessica Rosario, entered St. Agatha-St. James Church in West Philadelphia. “The dispensation makes people believe that the church is not that important. But you have to be in person to receive the sacraments.

People who had already returned to in-person services expressed their agreement with Pérez and his statement last Thursday.

“It’s a time to thank God for the great gift of the Mass … as well as the joy of coming together as people of faith,” said Pérez.

This joy seemed to overshadow the reality that for Catholics skipping Sunday Mass for no good reason is not a choice, but rather a sin.

“I am a practicing Catholic. We believe that the Eucharist is the body of Christ, ”said Tuan Dinh, a Social Security Administration official, before entering St. Agatha-St. James.

“And if you believe it, being there in person is important,” said Dinh, 39. “I am not a theologian. But when you look at your fellow parishioners, you realize that we are all human. We need that human touch.

“I don’t think it’s an obligation,” she said. “I feel like this is my connection to the people here and to God.”

The in-person attendance directive, which came into effect on August 15, has exceptions. Much like before the pandemic, the church recognizes that people may not be able to meet in person due to illness, care responsibilities, or health risks. Pérez’s statement said the pandemic’s lingering anxiety about crowds is also a valid reason to stay home and, if possible, join online.

Sunday’s little survey of worshipers suggests they’ll be sure to worship while going on their computers.

“I don’t like online mass,” said Chris, a young St. Agatha-St. James parishioner who did not want to be identified by his full name. “I am distracted by things around me at home.”

More than a few worshipers chose to wear masks on Sunday for extra caution. O’Donnell said she was fully vaccinated, but wore a mask with cats and musical notes.

Another masked parishioner from Sales, a health worker who declined to give her name, said she “mainly did mass on television” but wanted to attend in person because her daughter was reading mass. Scriptures.

“The only thing that matters to me is: is it safe? ” she said. “I’m fully vaccinated, but I’m glad most people still wear masks. “

Prudence Ouedraogo, in de Sales with her 6-year-old and 9-month-old daughters, said simply: “I’m happy to be back.