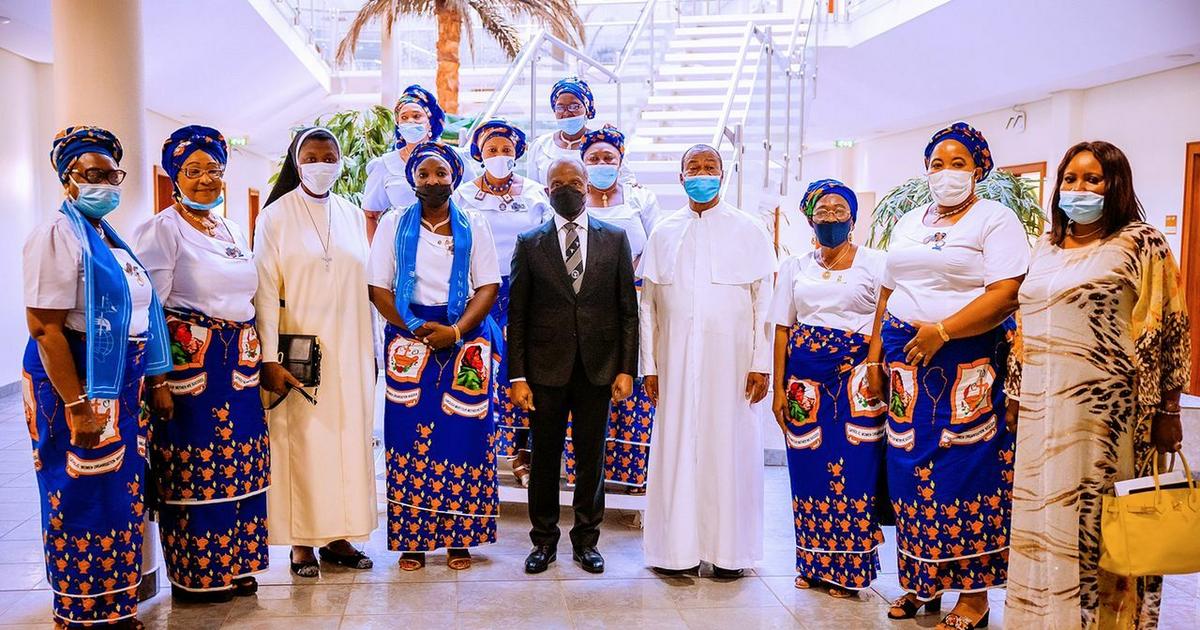 Osinbajo praises the Catholic Church for its social and civic roles

Osinbajo said the president Muhammadu Buhari was determined to get things done right and resolutely committed to the progress of the people and the country.


“It’s a real commitment; he has spent most of his life in public service at various levels.


“One thing that is obvious is that if there is anyone who is committed to the progress of this country, it is him.”

The Vice President reaffirmed the federal government’s determination to keep things running smoothly in the country.

He expressed satisfaction with the CWON’s visit and words of encouragement.

“Very frequently we hear criticism; it is an encouragement that is often not easy to find.


“Each of us is aware of the social and civic role played by the Catholic Church in our country.


“This is also evident in the work you do as Catholic Women Organization of Nigeria with schools, hospitals and the various ways in which the civic and social lives of the people of our country have been improved; much of it is in the efforts of the Catholic Church.


“There would be times when a country would face challenges; it is the leaders and not just the political leaders, but I mean the civic and religious leaders like you who are rising up to support the country through prayers, encouragement and warnings,” he said.

Osinbajo expressed his gratitude for the visit of Catholic women from all over the country and the words of encouragement from them.

For his part, Gonsum praised the federal government under the leadership of President Buhari.

She commended the government’s proactive and ambitious policies/actions in the fight against corruption, terrorism/insurgency and banditry.


“The purchase and induction of the Tucano Jets super fighters is an indication of this administration’s commitment to ending terrorism and banditry in our beloved country Nigeria.


“The boost given to the economy through job creation and support to rice farmers, which has significantly reduced our dependence on imported rice in addition to small and medium industries, empowerment of youth and women is equally commendable.


“It is also worth mentioning the distribution of gas cylinders and regulators which had a positive impact and breathed new life into voters.


“This will not only reduce the risk associated with the use of firewood and charcoal as a means of cooking, but also desertification and other environmental risks among many others,” she said.

Present at the meeting was the National Chaplain of the CWON, the Very Reverend Fr. Benedict OkikeNational Sister-Counsellor, Rev. Sr. Shade Adesanyaother senior officials and members of the organization.

Altar is like a family table and is a ‘gateway to heaven’, Cardinal says at dedication of Waldorf church altar – Catholic Standard