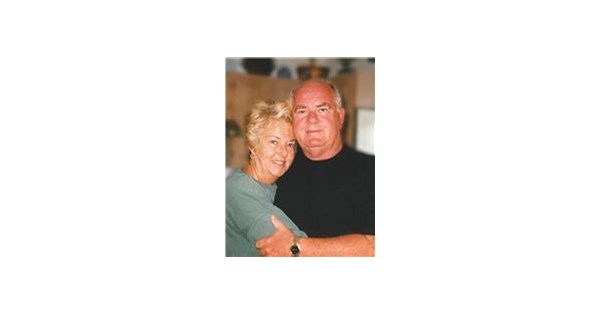 Terrence “Terry” R. Shunney
Terrence “Terry” R. Shunney, 78, of Norton, MA, died suddenly at Rhode Island Hospital in Providence, RI, after a period of ill health. He was the best friend and husband of Kathleen “Kathy” H. (Volpe) Shunney whom he married on October 23, 1999.
Born in Central Falls, RI on July 31, 1943, he was the son of the late Walter J. Shunney and the late Louise L. (Hayden) Shunney. He graduated in 1962 from the former Pawtucket West High School, where he played football.
Mr. Shunney proudly served his country in the United States Navy.
Most of his pre-retirement career he was the Senior Vice President of Kenney Manufacturing in Warwick, RI for many years. After his retirement, Terry energetically drove a school bus for South Shore Vocational Technical High School, impressing and improving many struggling and struggling youth.
A resident of Norton, MA for the past 16 years, he previously resided in Attleboro, MA for several years.
A lover of history, he spent a lot of time glued to the history chain. He was an ardent reader, particularly fond of reading the literary works of James Patterson.
Terry was and will be remembered as a “nice man” and a “teddy bear” who bonded with everyone he met. Jovial grandfather, he told many Irish jokes.
Her favorite hobbies included staying close to her siblings, spending time creating family memories and enjoying a good martini.
In addition to his wife, he leaves children: Michael Shunney and his wife, Allison, of East Greenwich, RI; Brian V. Hayduk and his wife Ally, of Norton, MA; Eric K. Hayduk and his wife, Danielle, of Weymouth, MA; and Brenda K. (Hayduk) Phillips and her husband, John, of Overland Park, Kansas. He was the grandfather of Bryn, Logan, Rylee, Nicole, Matt and Sophia, Lillian and Brooke and Michael and Katie.
Terry also leaves behind his sister: Carol Maxwell of East Greenwich, RI, and one brother: Walter “Babe” Shunney of Naples, Florida and several nieces and nephews. Brother of the late Michael D. Shunney.
Visits have been respectfully omitted.
Relatives and friends are cordially invited to attend a Christian funeral mass on Monday, October 18, 2021 at 10:00 a.m. at St. John the Evangelist Roman Catholic Church, 133 North Main Street – One St. John’s Place, Attleboro, MA 02703.
Military honors will follow outside St. John’s Church.
Terry’s ashes will stay with Kathy for now, then he’ll be with her in their last joint home.
After church services, there will be an invitation to join the family for a time of continued fellowship and refreshments.
There will be no public gathering at the funeral home prior to the start of Mass.
In lieu of flowers, memorial donations in Terry’s name can be made to the Rhode Island Community Food Bank, 200 Niantic Avenue, Providence, RI 02907, as suggested by his beloved granddaughter, Bryn Shunney.
For more information or to send the family a written expression of sympathy, please visit an online guestbook at www.dyer-lakefuneralhome.com.
Arrangements are under the direction of Dyer-Lake Funeral Home, 161 Commonwealth Avenue, Village of Attleboro Falls, North Attleborough. (508) 695-0200