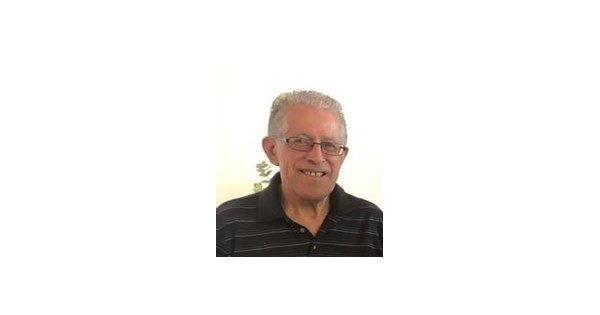 Marty martinez
May 22, 1950 – September 5, 2021
Merced, Calif .– Marty Michael Martinez, 71, died at his home in Merced on September 5, 2021 from terminal cancer. He was born on May 22, 1950 in Merced, California.
He attended Merced High School and was on the track team. He graduated in 1968. After graduation, he attended DeVry Institute of Technology in Phoenix, AZ, studying electronic engineering. He joined the US Navy in 1971, where he completed a course in electricity / electronics. After completing his training, he was posted to the USS Savannah as an apprentice firefighter-electrician. While in the Navy, he received a National Defense Service Medal, a Vietnamese Service Medal and a Meritorious Unity Commendation.
After being honorably discharged from the Navy, he returned to Merced where he began volunteering as a Little League coach. In 1980, he met the love of his life Patricia (Patty) and his daughter Freedom Moore. This led to a brief hiatus as a coach as his new relationship blossomed into what would become a successful and permanent marriage. In 1985, Marty and Patty got married; together they raised Freedom and had two sons Anthony and Addison (Duckie) Martinez. As his sons and daughter grew older, Marty rediscovered his passion for training youth sports. He volunteered as a coach and board member for Merced Girls Softball, Merced Youth Baseball, Merced Youth Football and Merced Boys Basketball. He also umpired men’s and women’s softball for many years.
At the peak of his career, he worked simultaneously for three different employers: the Housing Authority of Merced County, Toys R Us and the Softball Association. In September 2015, after 26 years of service, he retired from the Housing Office as a maintenance worker.
Between raising a family, coaching youth sports and holding multiple jobs, Marty found joy in the many recreational bowling, softball and volleyball leagues he participated in. Over the years he has also been a member of the American Federation of State, County, and Union of Municipal Employees (AFSCME), Knights of Columbus and Moose Lodge.
Marty loved board games, crosswords, and sports; his other favorite hobbies included going to the movies, listening to music, dancing, spending time with family and friends, having coffee for his wife, and rubbing their feet every day (even at the theater).
Some of the things he hated included washing the car, cleaning the garage, and working in the yard. Some of the things his wife would always ask him to do included washing the car, cleaning the garage, and doing some yard work.
Marty was predeceased by his father, Richard (Mike) and his mother, Mary. He is survived by his wife, Patty; her three children, Freedom, Anthony and Addison (Duckie); stepdaughter, Kelly; four grandchildren, Brooklyn, Jasmine, Elias and Gabriel; his twin sisters Marilyn Habay (wife Karen) and Marlene Crabb (husband John); comrades, Greg and Julie Hassen; and several aunts, uncles, nephews, nieces and cousins.
A visit will be held at Stratford Evans at 1490 B Street, Merced, CA on Thursday 9/23/2021 from 3:00 p.m. to 4:45 p.m. A Rosary will be celebrated at St. Patrick’s Church at 671 E. Yosemite Ave. Merced, CA Thursday 9/23/2021 at 5:00 p.m. A Catholic Mass will be held at St. Patrick’s Church in Merced on Friday 9/24/2021 at 10:00 a.m. Interment will follow immediately after Mass at Merced District Cemetery 1300 B Street Merced , THAT.