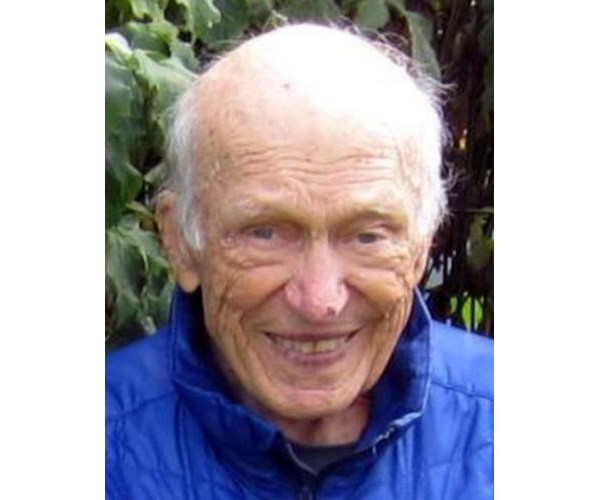 Gales Ferry – Irv Andrzejewski passed away peacefully on November 18, 2021, at the age of 96. He was able to stay at home for almost 60 years until the end, watching daily mass, Michigan football games and looking out his front window at the beautiful view of the Thames.

Irv Andrzejewski was born in 1925 in Bay City, Michigan, to Stephen and Anna (Szafran) Andrzejewski. The eldest of four children, he is a graduate of Bay City Central High School and Bay City Junior College. Irv served in the United States Army during World War II in the European and Peaceful campaigns, earning the Bronze Star for his service. One of his favorite Army stories was about when his division baseball team faced off against a touring major league team at Rizal Stadium in Manila, Philippines, where he landed two hits against the future pitcher. of the Early Wynn Hall of Fame.

After the war, he earned a degree in electrical engineering from the University of Michigan and worked for the Dow Chemical Company in Midland, Michigan. He was then transferred to the Allyn’s Point plant in Gales Ferry, working for Dow for 35 years.

In 1956 he married Lou Ann Thomas and they had two children, Karen and Stephen. He is survived by his two children, his sister Ethel Flanagan and many close friends, including Ed, Jane, Jim, Joellen, Stan and Rita. He is predeceased by his wife Lou Ann; sister Maxine “Pat” Klass; and his brother Ron Andrews.

Irv enjoyed meeting friends for breakfast, happy hour, drinking margaritas, running, playing tennis, golf, skiing, baseball, and attending daily mass. He was a long-time member of the Our Lady of Lourdes Catholic Church and was the third president of the Thames Ski Club, continuing to be a member of the club until his death.

Irv’s family will welcome relatives and friends from 6 p.m. to 8 p.m. on Wednesday, December 1 at Dinoto Funeral Home, 17 Pearl Street, Mystic. An additional call hour will take place from 10 a.m. to 11 a.m. on Thursday, December 2, in the vestibule of Notre-Dame de Lourdes Church, 1650 Route 12, Gales Ferry. A funeral mass will be celebrated in the church at 11 a.m. Interment with full military honors will immediately follow at Gales Ferry Cemetery. In lieu of flowers, donations in memory of Irv can be made to Catholic Charities, Diocese of Norwich, CT.