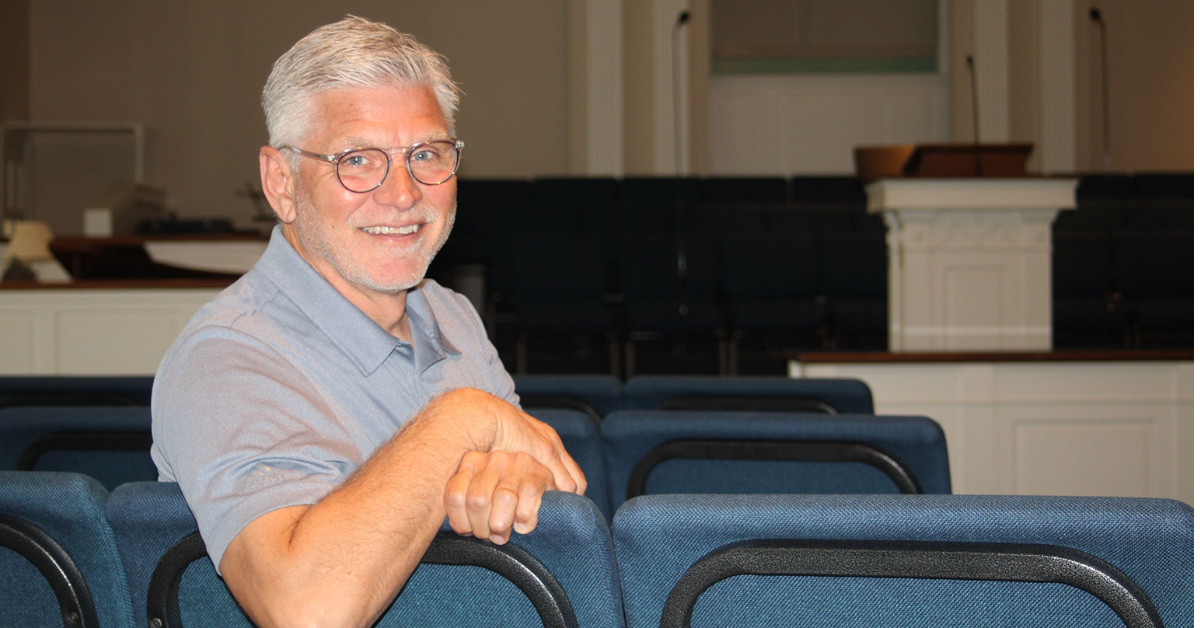 In a way, part of Reverend Bill Wright’s life as Minister has come full circle.

In June, Wright became pastor of Trinity Baptist Church in Vicksburg; the same church where he preached his first sermon after being called to the ministry.

â€œMy stepfather, Reverend Mickey Bounds, was pastor here when I went to preach,â€ Wright said. â€œI came here and preached my very first sermon 25 years ago. Now, 25 years later, I’m back here as a pastor of the church.

A native of northern Louisiana, Wright graduated from high school in Missouri and attended Missouri Valley College for a year, where he played football and baseball before returning to Louisiana, where he met and married his wife, Rhonda, 38 years ago. They have two children and four grandchildren.

His call to ministry, however, took some time.

â€œI worked in the consumer credit business for about 15 years and then God called me to preach,â€ Wright said. â€œI was involved in a men’s prayer group and men’s ministry at Calvary Baptist Church in Shreveport (La.) And through that God began to work in my life and I felt his call to a full-time ministry.

â€œI went to preach; I quit my job and we went to Baptist Seminary in New Orleans, and while I was in school there, I was called to a church in Lincoln County.

At the same time he was called to preach, said Wright, God began to work on his wife.

â€œShe never thought she would be a preacher’s wife; she never started to be a preacher’s wife, but God deceived her and called me after we were married, â€he said. â€œShe felt the call at the same time; it was really one of those things that God called us both to ministry together.

Because they received this special call from God, Wright said, he and his wife do a lot of ministries together.

â€œLots of things that we do in church, we team up – she’s been very involved in different ministries for children, ministry for women; she accompanies me to advise others.

About two months after he began his studies at Baptist Seminary in New Orleans, Wright said, he attended his first church. When he graduated from seminary he served as a pastor in Lincoln County for six years before attending First Baptist Church in Purvis, where he served for 17 years before coming to Trinity.

And over the years, he has benefited from the wisdom and support of others.

â€œI always felt my stepfather was a great preacher and I was always intimidated to preach to him, but he was always a great supporter and supportive,â€ Wright said. â€œI have been fortunate to have other pastors who have been excellent mentors to me.

Wright said the call to go to Trinity was a unique situation.

â€œAfter we left Purvis my wife and I were just trying to find where God wanted us to be and our prayer was for God to send us to a spiritually dark place,â€ he said. â€œA place where we could truly share the gospel and bring hope, and at the same time we prayed that God would send us to a smaller church than where we were. That we would go to a church that needed to be revitalized.

They didn’t know where that particular church they were looking for would be, Wright said, adding that when Trinity contacted them, “it took us 8-9 months to finally realize that this is where God was leading us.”

â€œThere are many people in our congregation that we already knew, and yet there were some who were new faces that we did not know; we like to get to know them.

Wright said he spent his mornings studying to prepare to preach and teach, “And then I spend a good deal of my time building relationships and talking with people.”

The family’s decision to live in the downtown Vicksburg area gives them the opportunity to meet and chat with people.

â€œMy wife and I, when we came and surveyed the area to determine where we wanted to live, we decided to live downtown,â€ he said. â€œWe live in one of the downtown condos and love being on the streets, meeting people, talking with people and getting to know the people of Vicksburg.

â€œWe like to go out. We love to run, walk, exercise and cycle and living downtown provides this opportunity to get out and mingle with people.

Right now, Wright said, he and his wife are getting to know the members of their church.

â€œRight now we’re getting to know people and personalities, so we’re sort of evaluating things right now; we are not making any changes to anything, â€he said.

â€œI think my responsibility is to lead the church, not to dictate, so we go through a process. We have family meetings at church every Wednesday night where we discuss everything we do in church, why we do it and how we do it, and from those discussions it will lead us to a some self-discovery and hopefully this will rebuild the changes we need to make.

Looking back, Wright said he never doubted his call to the ministry.

“Coming here (Trinity) there were doubts but once that decision was made we just felt confirmation from God that it was the right decision and we never looked back.”