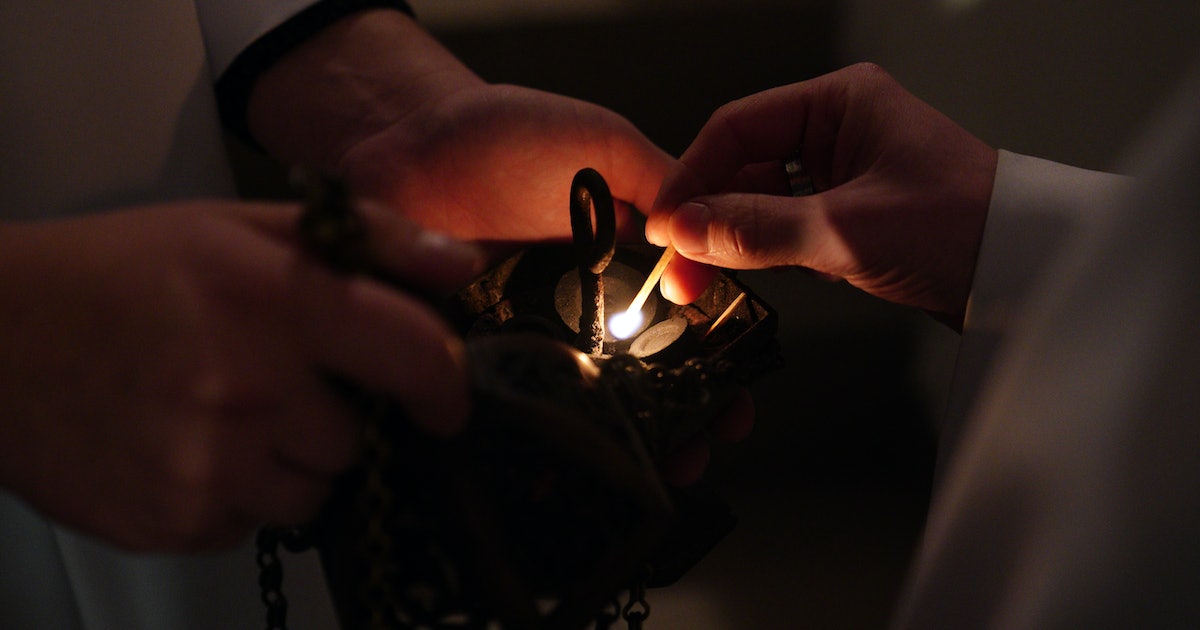 If Christmas is a season of traditions, then Midnight Mass might be one of the few (mostly) Catholic rituals that even timid devotees strive to observe. It is a banner day for all lazy and / or nominal believers who normally only show up for mass for the summer holidays. It included me until I lost, or at least lost my faith, and stopped going to church altogether. But last year, something brought me back to midnight mass – something like an unanswered question, or a still burning embers. I was curious as to what, if there was anything, had changed.

To begin with, the â€œmidnight massâ€ is no longer necessarily even at midnight. The parish of my childhood has services at 10 p.m. and midnight. But the general idea is always the same: we are all gathered, avoiding sleep to announce the coming of our dawning Lord and Savior. Truly, midnight mass has all the best parts of going to church: lots and lots of incense, festive colors, people in disguise (and lots of them, which was generally an exciting sight to watch. , before the pandemic), and my favorite aspect, the slightly childish and dizzy feeling that we all stay awake after bedtime. It is also perhaps the most intentionally welcoming service; these priests know who comes and does not show up every Sunday. Moreover, it is one of the happiest dates in the Catholic liturgical calendar. Every hymn, every prayer obtains the full participation of the congregation. It’s hard to shake off the feeling that even if you don’t fully believe what you are saying, your protests diminish at the size and volume of the crowd.

Seriously and more surprisingly than I would like to admit, attending midnight mass ushered in the year that I fully returned to God, even though I am still figuring out what exactly that means. I am not alone on this roundabout spiritual journey. I have noticed and spoken to a growing number of people who find themselves drawn to religion in its various forms, to older, richer types of communities that allow collective soul-searching. Those with a foundation similar to mine – Catholic family, Catholic school – tend to lapse or, as Christian Wiman writes in his luminous My luminous abyss, “believers in conflict, atheists haunted by God, or even neo-atheists whose very greed betrays them.”

I’ve been all three of these things at one time or another. It felt more like a war of attrition with my childhood environment, with constant trips to church, school or family, making the concept of true emphatic religious faith something to be devoted to. certain number of hours to get something out of it. This gave way to a stubborn and brash materialistic phase, and ultimately a quiet but insistent suspicion that I might have missed something. Truth be told, Catholicism is a frustrating religion for people who seek positive feedback from God. It is a faith of absences, which not only recognizes the silence of the divine, the absence of obvious â€œsignsâ€ or â€œpresencesâ€, but actively encourages its acceptance. That phrase â€œmake room for Godâ€ that some people may have heard in the context of appropriate physical distance during a dance in school applies here. “He who does not have God in him cannot feel his absence”, writes Simone Weil in Gravity and Grace. I have found that it can also mean an absence of faith at times. It is the tension between a personal spiritual journey and coming together in a physical place with several people in order to move it forward. Church is where you are meant to be present, regularly, intentionally, while engaging in a kind of mindfulness and divine communication that is difficult to grasp.

But if, when I was younger, the belief could not be stabilized by ritual, it could at least be made readable. By this I mean that in church you can see a wide variety of people attending for very different reasons, while still practicing their spiritual devotion with the same words, songs and gestures, over time, all together and decide if this is what your experience is like too. This is where I am today, devotee of certain small practices which are less acts of divine conspiracy than serious attempts at communication and coherence. If we’re lucky, those of us who believe, even hesitantly or shamelessly, find something – a voice, a vision, or something more mundane, like a brief sense of understanding, of that fleeting experience and impressive that people call grace – which reaffirms their faith. When I was a kid the ritual tended to become rote, rather than felt, which is exactly how in college, after five or six years of going to church three mornings a week before class, I got passed out during mass and found a loophole in the requirement for compulsory Catholic school attendance. But the same burp that takes you away from real feeling can also bring you back to it, like muscle memory.

In his book, Centering prayer, Basil Pennington writes: â€œIt is a risky thing to pray, and the danger is that our very prayers get between God and us. For me, the church was what separated me from God. Or, at least, my specific parish in the suburbs of Las Vegas, which preaches the kind of bland, vaguely right-wing Catholicism that reminds people of all the bad things the Church has ever done. It’s easy to be put off, easy to feel alienated, easy to feel that there is no room for your own interpretation, understanding, or feelings about something as comprehensive and consistent as God. It takes some time to realize that each person has their own idiosyncratic, often beautiful, sometimes bewildering view of what they believe, even in a religion as formally rigid as Catholicism.

It also takes time to give credit to what attracts a lot of people: it’s really, really old. As a friend recently told me: â€œI tend to think of being Catholic as part of a vast and deep tradition of spirituality, which ranges from medieval mystics to noble theologians to poor peasants reciting the Rosary. . What he was really saying was that there can be as many ways of being Catholic as there are Catholics. As many ways to get away from the Church as there are ways to come back.

If there is tenderness in your soul for a faith that seems to be gone, you might be as surprised as I am to find it in a midnight mass service. But it’s also beautiful, graceful even to be in a space shared with so many people at such a time, inviting the invisible to make itself known. In small doses, the ritual can give way to vulnerability, to a deeply personal and deliberate openness. People always talk about how the Christmas season feels different, as if there were more possibilities, love or happiness in the air. It’s a season of whims, of getting carried away by the grandeur and the pleasure of it all. It is also a season of reification, of cyclical understanding. At any time of the Catholic year, the life of Jesus is scrutinized, replayed and exalted. But I’m more drawn to the stories told at Christmas for the way they highlight what inevitably comes later for him. A divine being who grows up to be imperfect, frustrated, anguished, full of love, happiness, consideration and, in crucial and significant places, doubt. This is what I go to church to remember, and why the Midnight Mass has become so powerful and resonant.

I will be going to midnight mass this year, security permitting, although I know it will not be a constant tradition. I will inevitably sink into doubt, anger and confusion with God, what I believe in. And I will inevitably, hopefully find my way home.

Nicholas Russell is a writer from Las Vegas. His work has been featured in The Believer, Defector, Reverse Shot, Vulture, The Guardian, NPR Music, and The Point, among other publications.