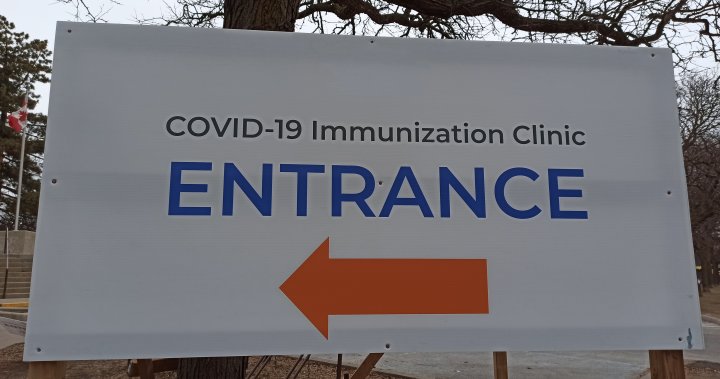 Hamilton’s second COVID-19 mass vaccination clinic for the public opened at the Barton Center on Thursday and is expected to be another important part of the city’s plan to administer a planned surge of vaccine doses over the next few months .

In a statement, public health said demand is expected to be fueled by the impending approval of a vaccine for children aged 5 to 11, likely Friday, and the possibility that third doses will be available in January for any. eligible person aged 12 and over. people who want it.

The new landline clinic at 1211 Barton Street East joins the site of the Lime Ridge shopping center which opened two weeks ago. Both are expected to have the capacity to deliver 550 doses of COVID-19 vaccine per day.

The city has another mass clinic, just for health care workers, at the Hamilton Health Sciences West Clinic on Main Street West.

At a board of health meeting on Monday, the director of the Hamilton vaccine response team said that despite the imminent approval of vaccines for five to eleven, the timing of the injections has not yet been determined.

“Exactly when vaccines will be available for children aged five to 11 in Hamilton will depend on the timing of Health Canada approval and receipt of the vaccine supply in Hamilton, â€said Melissa Biksa.

Dr Julia Orkin, a pediatrician at Sick Kids Hospital in Toronto, says parents who may be hesitant to vaccinate children or worry about side effects should keep in mind that new doses of Pfizer are not the same size than those administered to the 12- plus population.

â€œThis lower dose often results in fewer side effects, so your child may have an arm pain, feel tired or not feel well afterwards, but probably more unlikely due to the dose given. “

Over the next five weeks, public health partners will launch five school-based COVID-19 vaccination clinics in the five high schools with the lowest coverage rates.

Sessions will be open to students of the Hamilton Wentworth District School Board (HWDSB) and Catholic (HWCDSB), their families, staff in each school community, as well as all eligible students in elementary schools.

The first and second doses will continue to be available for walk-in and online reservations through the city’s VERTO system. The third doses are by appointment only through VERTO.

Primary care partners and pharmacies are the main stops for third injections with mass and targeted mobile clinics likely to enter the fold in 2022.

To date, the city has administered 11,000 third doses which are currently recommended but not required.

In the past seven days, Hamilton’s health partners have put just over 8,500 doses of the vaccine into arms, Friday recording the largest dose since Oct. 8 – 1,772 injections.

This number is well above the average monthly daily dose administered so far for November, which is 1,044 per day.

The November average so far is slightly lower than what was recorded for the entire month of October, 1,068 hits per day, and further than the September average of 1,488 per day.

Residents aged 70 to 84 have met the Department of Health’s goal of 90% first and second dose coverage, while Hamiltonians aged 25 to 29 have the lowest vaccination rates in the community with only 72.3% fully vaccinated.

Public health estimates that about one in ten Hamiltonians get vaccinated outside of town.

Hamilton is behind 31 other public health units for the percentage of two-dose vaccinations in Ontario.

The rate is well below the daily average recorded for October, which was 22 cases per day.

Active cases increased overnight, from 121 reported on Tuesday to 144 on Wednesday.

Since the start of the pandemic in March 2020, Hamilton has reported 25,526 cases of COVID.

As of November 17, eight outbreaks have been reported linked to a total of 53 cases in the city. The largest is at St. Peter’s Hospital, which has a total of 18 cases – four on staff and 14 on patients.

Outbreaks in schools include cases in two public entities and two private institutions.

The largest is that of St. Gabriel Elementary School of the Catholic School Board on Barton Street in Stoney Creek, which has seen the total number of cases increase by seven in the past two days to nine student cases.

In the past 14 days, the two combined public councils have reported 40 cases including 36 among students.

Hamilton hospitals are reporting a total of 22 COVID patients as of Thursday, including six people in intensive care units (ICUs).