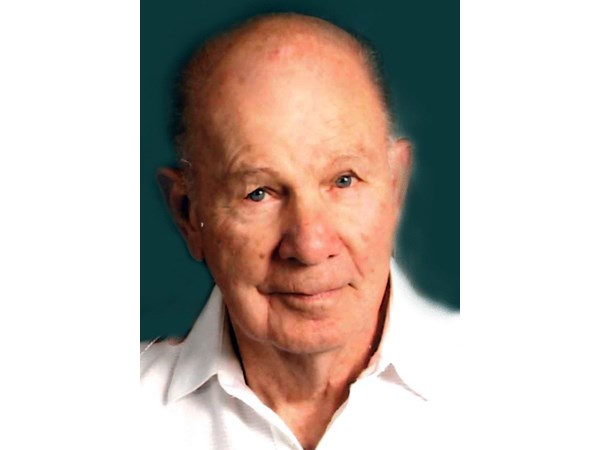 Joe Roach, 89, passed away peacefully at his home surrounded by his family on September 30, 2021.

Joe was born on November 27, 1931 in Baraboo, WI, son of Bud and Gert (Rathman) Roach. He was married to Shirley A. Lindstrom on May 31, 1952 at Notre Dame Catholic Church in Chippewa Falls, WI.

Joe joined the USAF in November 1949. After basic training he attended Radio Mechanic School in Scott Field, IL. When training was completed in December 1950, he went first to Clark AFB in the Philippines for three months training, then to Korea in May 1951. He continued to serve our country for 20 years, retiring in February 1970. His wife and family served with him from 1952 to 1970, completing three periods of overseas service; two in England and one in Germany. After retiring from the USAF, Joe worked for Tandy Corp as director of Radio Shack first in Houston, TX, then in Eau Claire, WI. In 1976, Joe began working at St. Joseph’s Hospital in the maintenance department, primarily as a BMET, before retiring in 1991.

Joe had many passions. He enjoyed spending time with his family. His children, grandchildren and great grandchildren were his pride and joy. He also enjoyed his many friends and coffee buddies at Bresina’s and the family restaurant Chippewa. Joe loved fishing, especially on the annual family fishing trip up north with his brother, sons, grandsons, nephews and special friends. Joe’s hobby since his retirement was to make custom fishing rods for his family.

His parents died before him; and his sister, Mary Jakubowski.

A special “thank you” and deep gratitude to St. Joseph’s Hospice for the care they provided to Joe and his family in his final days.

A Christian Burial Memorial Mass will be held at noon on Wednesday October 6, 2021 at the Holy Ghost Catholic Church in Chippewa Falls with Father Brandon Guenther celebrating mass. Interment will follow at the Hope Cemetery Mausoleum in Chippewa Falls. Visitations will take place one hour before the funeral mass at the church.

In lieu of flowers or memorials, a donation to disabled American veterans would be appreciated online at www.dav.org.

Published by The Chippewa Herald on October 2, 2021.