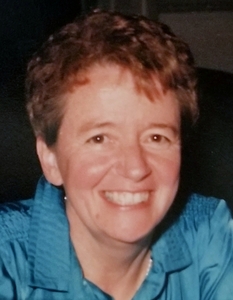 COOPERSTOWN – Jean Smullens, “Grandmother Jean”, 86, passed away peacefully at home with his children late on the night of Wednesday November 24, 2021.
The youngest of three children, Jean was born August 8, 1935 to Walter and Elizabeth (Martzloff) O’Connell in Lowville.
She graduated from Lowville Academy and Central School in 1953, where her parents were both teachers. She attended the nursing school at Albany Medical Center, where she met her husband, Robert. In 1959, Bob and Jean married in Lowville. Later that year, Jean received her RN accreditation and the two took up residence in Johnstown where she began her nursing career as a nurse at Johnstown Hospital and then later in as a clinical instructor at St. Mary’s Hospital School in Amsterdam. In 1964, after obtaining his Bachelor of Science in Nursing from Russell Sage College, Bob became a partner at Church & Scott Pharmacy, and the two moved to Cooperstown.
Three children later, she returned to work at Clara Welch Thanksgiving Home before becoming an LPN instructor at Otsego BOCES. In 1984, she started her most expensive job as the Otsego County Public Health Nurse Supervisor and also earned her Masters in Professional Education. She retired in 2000, but soon returned to the county as a part-time nurse for two years before becoming a part-time nurse at Bassett Hospital until 2015.
A sports enthusiast and long-time supporter of Cooperstown athletics, Jean has often attended various sporting events where young athletes have dubbed her â€œGrandmother Jeanâ€. She was an avid NY Yankees fan and loved to watch and attend the Syracuse basketball games.
Locally, she will be remembered as a third of what the late Fr. John Roos respectfully called “The Holy Trinity” along with his longtime friends, Barb LaCava and Carol Taylor, who have traveled the country and the world together. The community of Cooperstown was very important to Jean, who served on many committees and organizations. She enjoyed hosting lunches for retired nurses and organized knitters and distributed supplies for the Chemo Cap program for cancer patients in Bassett. Her kind heart, cheerful and caring personality, heartwarming smile, and endless desire to help people left a lasting impression on the lives of everyone who knew and loved her.
Jean is survived by three children, Thomas (Cooperstown), with children, Devereux and Kylen, Anne (Cooperstown) with children, Maggie and Riley and Andrew “Face” (Seattle); one sister-in-law, Evelyn O’Connell; and several nieces and nephews.
She was predeceased by her loving husband of 39, Bob Smullens; and brothers, James and Jack O’Connell.
A Christian funeral mass will be offered at 1 pm on Thursday, December 2 at St. Mary’s “Our Lady of the Lake” Roman Catholic Church, Cooperstown, with Rev. Pastor Fr. Michael Cambi.
A private incarceration and burial service will be held at St. Mary’s Cemetery, Index.
In lieu of flowers, John’s family would appreciate memorial donations in his memory to Helios Care, 297 River Street Service Road, Oneonta, NY 13820.
Arrangements are the responsibility and management of Connell, Dow & Deysenroth Funeral Home in Cooperstown.