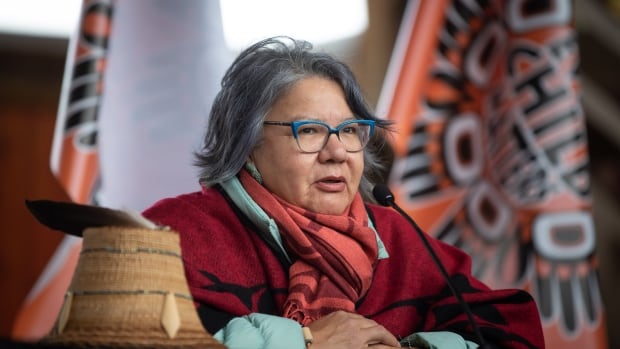 An indigenous delegation is postponing a trip to the Vatican scheduled for next week over concerns over the omicron variant.

Delegates were to hold private meetings with Pope Francis from December 17-20 to lay the groundwork for his next trip to Canada, which has yet to be scheduled.

The president and vice-president of the Canadian Conference of Catholic Bishops, which is organizing the trip, are in Rome rescheduling meetings for early 2022.

“We understand that the Holy See is very determined to reschedule this visit for the New Year and we look forward to this opportunity.”

â€œThe health and well-being of our delegates, their families and their communities is paramount to us, and we will not put anyone at risk if we can help them,â€ Archibald said.

Delegates due to travel to Rome raised concerns about the potential risks of a pandemic to the health of vulnerable participants, especially the elderly.

They were also concerned about travel complications that could arise, with meetings scheduled to take place just days before the holidays.

No date has been set for further meetings.

Regina Roman Catholic Archbishop Donald Bolen told CBC News he is comfortable with the idea of â€‹â€‹traveling at the moment, but understands the health concerns of Indigenous delegates.

â€œRelationships are growing, the voices of survivors are heard, the waves of suffering experienced in residential schools are recognized more than ever before,â€ said Bolen.

“I deeply hope that this work of truth and reconciliation will continue, and of course that it can continue.”

The delegates planned to ask the Pope to apologize personally for the role of the Roman Catholic Church in running the residential schools.

Three separate delegations representing First Nations, Inuit and MÃ©tis were supposed to have one hour each to speak with the Pope, followed by a final meeting with all delegates to hear his response.

This is not the first time that the audience with the Pope has been delayed. Meetings were postponed when the pandemic was first declared.

One Church, Many Rites: The Melkite Catholic Church – The Torch