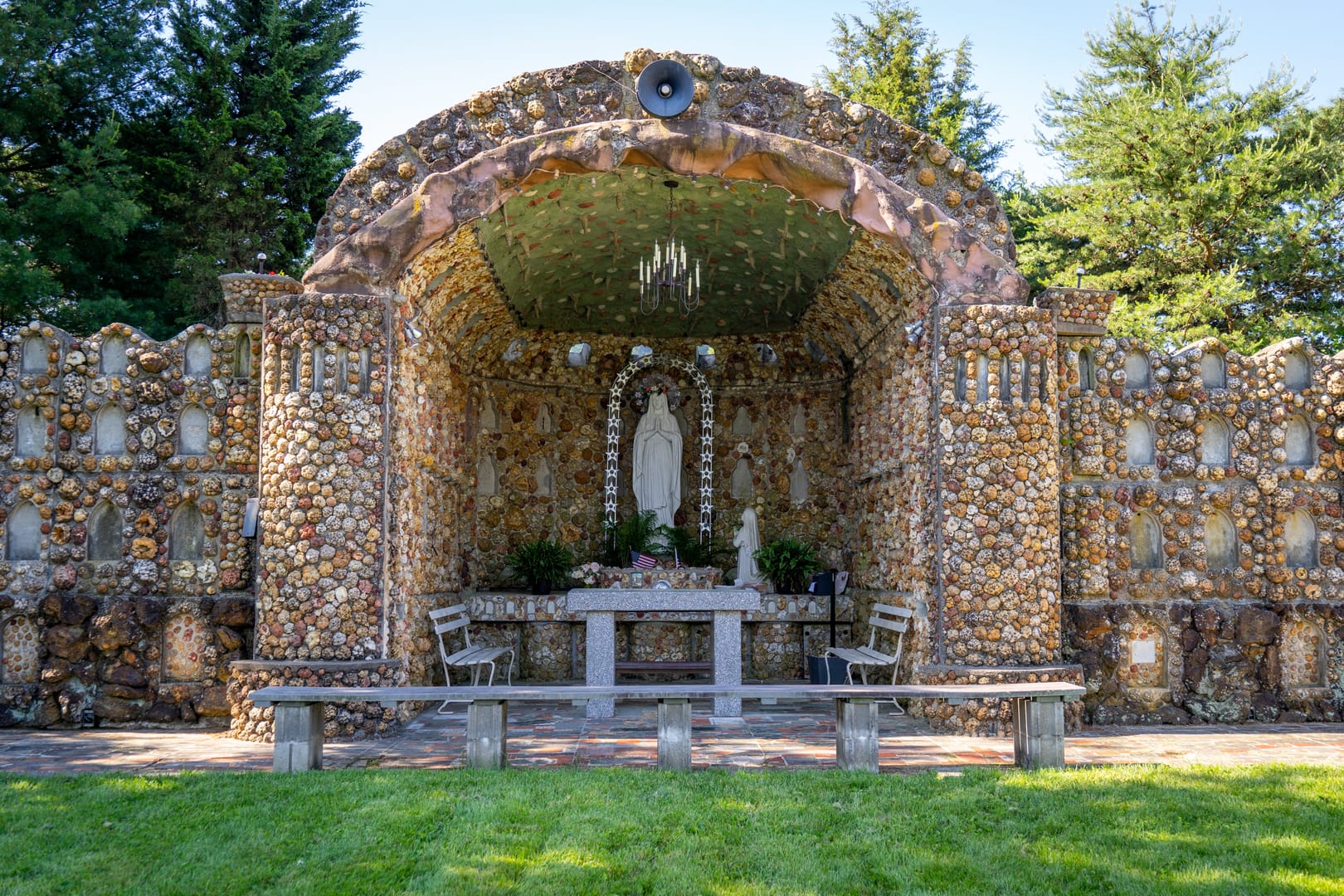 FERDINAND, Indiana – There was a chill in the night air as people waited impatiently on a hill outside the Immaculate Conception Monastery of the Sisters of St. Benedict in Ferdinand.

Finally, a procession of children candles pierced the darkness to the sounds of an Alleluia choir and a choir with bells.

The doors of the monastery opened. From the deluge of light, the Christmas angel appeared to greet the crowd singing, â€œYou men and women who were once also children, become a child again today and rejoice. “

It was the start of the annual Christkindlmarkt festival in the small German town of the diocese of Evansville.

Each year, the Evening and Weekend Market – made up of 200 stalls with handcrafted items, antiques, art, regional food and wine, and entertainment – take place in mid -November and end well before Christmas Day.

But kicking off the Christmas season, Christkindlmarkt is a colorful reminder of the region’s strong Catholic presence, starting with the peaceful hilltop monastery that serves as the backdrop to the festival.

Catholic sites include St. Meinrad Archabbey and Seminary six miles south of Ferdinand in St. Meinrad, Indiana, and the Geode Cave stretching for half an acre 13 miles north in Jasper, Indiana.

The town of Ferdinand was founded in 1840 by Father Joseph Kundek, a German-speaking Croatian who came to take care of the German settlers in the area.

In 1867, the local pastor invited German-speaking nuns from St. Walburg, a Benedictine monastery in Covington, Ky., To teach at the parish school.

Four sisters were sent to Ferdinand. Within three years they founded a girls’ boarding school and a year later became independent from St. Walburg, forming the Immaculate Conception Monastery.

The current block of buildings was constructed between 1883 and 1887, with other structures constructed in subsequent years.

The large domed chapel – which can be seen for miles – was added in 1924, with 47 hand-carved stained glass windows and Stations of the Cross, all made in Munich.

The monastery is also listed in the National Register of Historic Places. In addition, the grounds offer serene gardens, an outdoor Stations of the Cross, a labyrinth, three shrines and a gift shop.

St. Meinrad Archabbey was founded in St. Meinrad in 1854 by Benedictine monks from Einsiedeln Abbey in Switzerland. Father Kundek asked them to come and help meet the pastoral needs of the German-Catholic population in the region and to train men for the priesthood.

This last objective continues to this day through the seminary and the school of theology of Saint-Meinrad. There, men are trained for the ordained ministry as diocesan and religious priests who serve in central and southern Indiana and beyond.

The pastoral and well-maintained grounds and buildings are listed in the National Register of Historic Places as a Historic District. The campus includes the archabbatial church, seminary, guest house, library, gift shop and more.

A few kilometers away on the property belonging to St. Meinrad Archabbey is the Sanctuary of Monte Cassino. It was erected in honor of a novena to Our Lady of Monte Cassino, which saved the village of Saint-Meinrad from a smallpox epidemic in 1871.

North of the Immaculate Conception Monastery is the town of Jasper, founded in Germany, which is also in the Diocese of Evansville.

As you approach Jasper by car, the tower of St. Joseph’s Catholic Church can be seen for miles. The 141-year-old structure, which also has a place on the National Register of Historic Places, is the church of another Catholic community founded by Kundek.

This is usually a must-see when visiting Jasper, although the church is currently closed due to extensive interior renovations.

Just behind the church is a half-acre mineral wonder known as Grotte de la GÃ©ode. At first glance, geodes, which are abundant in southern Indiana, are simply round, bumpy, dull rocks. But open, they reveal shimmering crystal interiors in shades of white, yellow, pink and purple.

Surrounding the half-acre space are geode shrines depicting the mysteries of the Rosary, with a 12-foot-tall handcrafted cave as the centerpiece.

Inside the cave are a large cave recreating the site of the Marian apparition of Lourdes in France, seven small holy shrines, walls lined with flowers, two fountains, dozens of flowerpots weighing up to 2,500 books each and many places to sit, enjoy, meditate and pray.

The shrine was built in the 1950s by Father Philip Ottavi, priest of the religious order of the Sons of Divine Providence. A child who grew up in Italy, he was trapped under the rubble by a devastating earthquake that claimed the lives of more than 80,000 people, including his parents.

He decided to take stones, the source of so much fear and anger in his life, and turn them into a thing of beauty.

It took more than a decade of work, but the results are astounding. All are welcome to enjoy her beauty for free at any time.

Hoefer is an editor at Criterion, newspaper of the Archdiocese of Indianapolis.

Diocese of Sacramento urged to expand list of accused priests